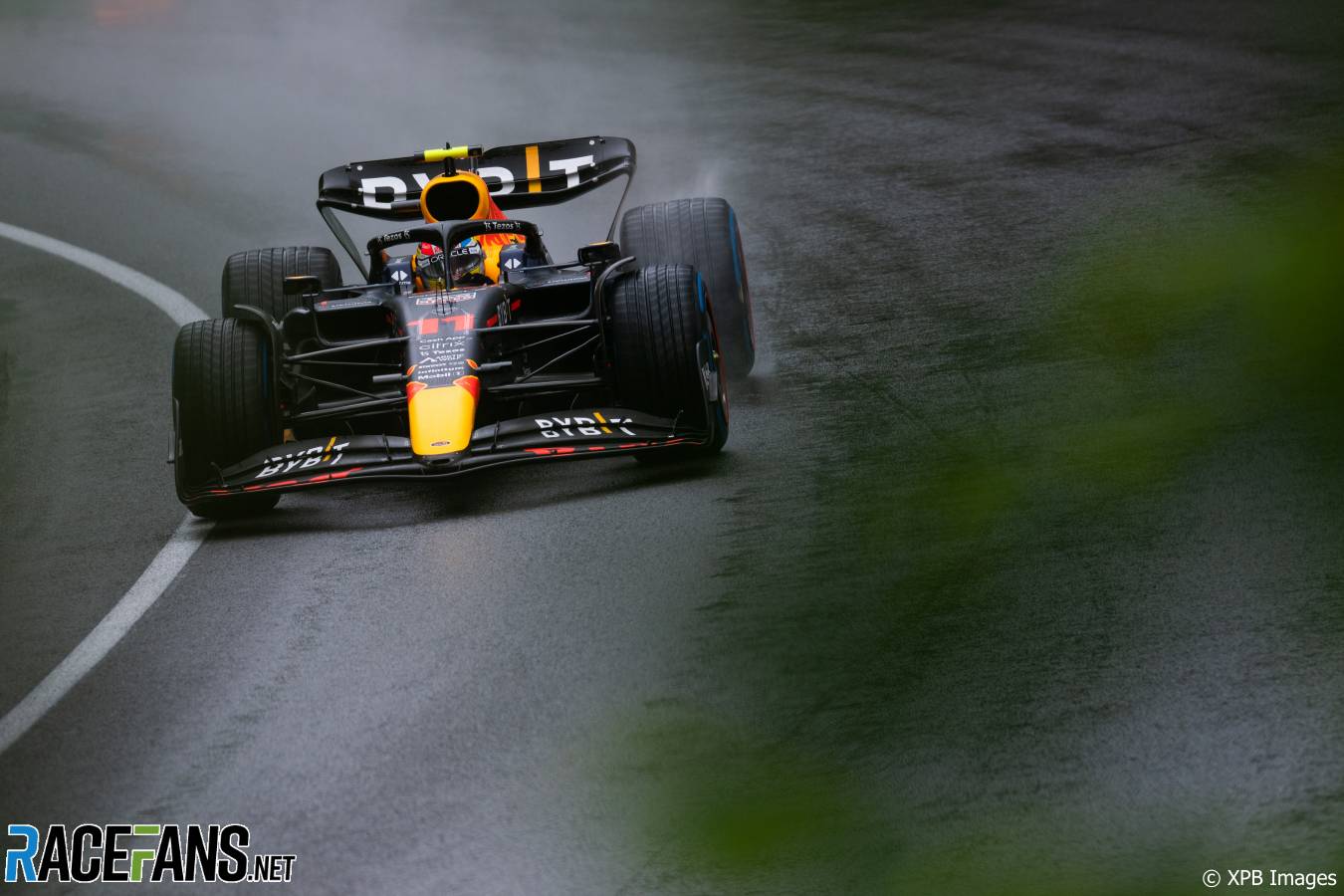 Sergio Perez says his retirement in the Canadian Grand Prix “hurts a lot” as it has cost him in the championship fight.

The Red Bull driver went into the race 21 points behind his championship-leading team mate Max Verstappen. That gap has more than doubled to 46 after Perez dropped out nine laps into today’s race.

“A zero when you’re fighting for the championship is very costly,” said Perez. “But it’s still a very long championship and today hurts a lot so I want to forget about today.”

Having crashed in Q2 and started 13th, Perez said he was making good progress when his car broke down. “We were coming through, saving the tyres and the brakes especially. So we had plenty of potential for my race to come back.”

He does not believe the Q2 crash was related to the failure he experienced today. “That’s not what we think at the moment,” he said. However the failure marks the fourth retirement for a Red Bull this year.

“We have a new set of regulations and everyone is pushing extremely hard with everything,” said Perez. “You’re going through new rules so it should be something related to that. The car is bouncing more, so it’s different problems you’re facing.”

Perez said that losing points in the fight with Ferrari was painful and that monitoring the risk of failures had to be improved. “We need to keep on top of these things, the gearbox was at the end of its life.

“We just have to keep on top of these things because reliability it’s very painful. And having a zero for the championship, it’s also very painful.”