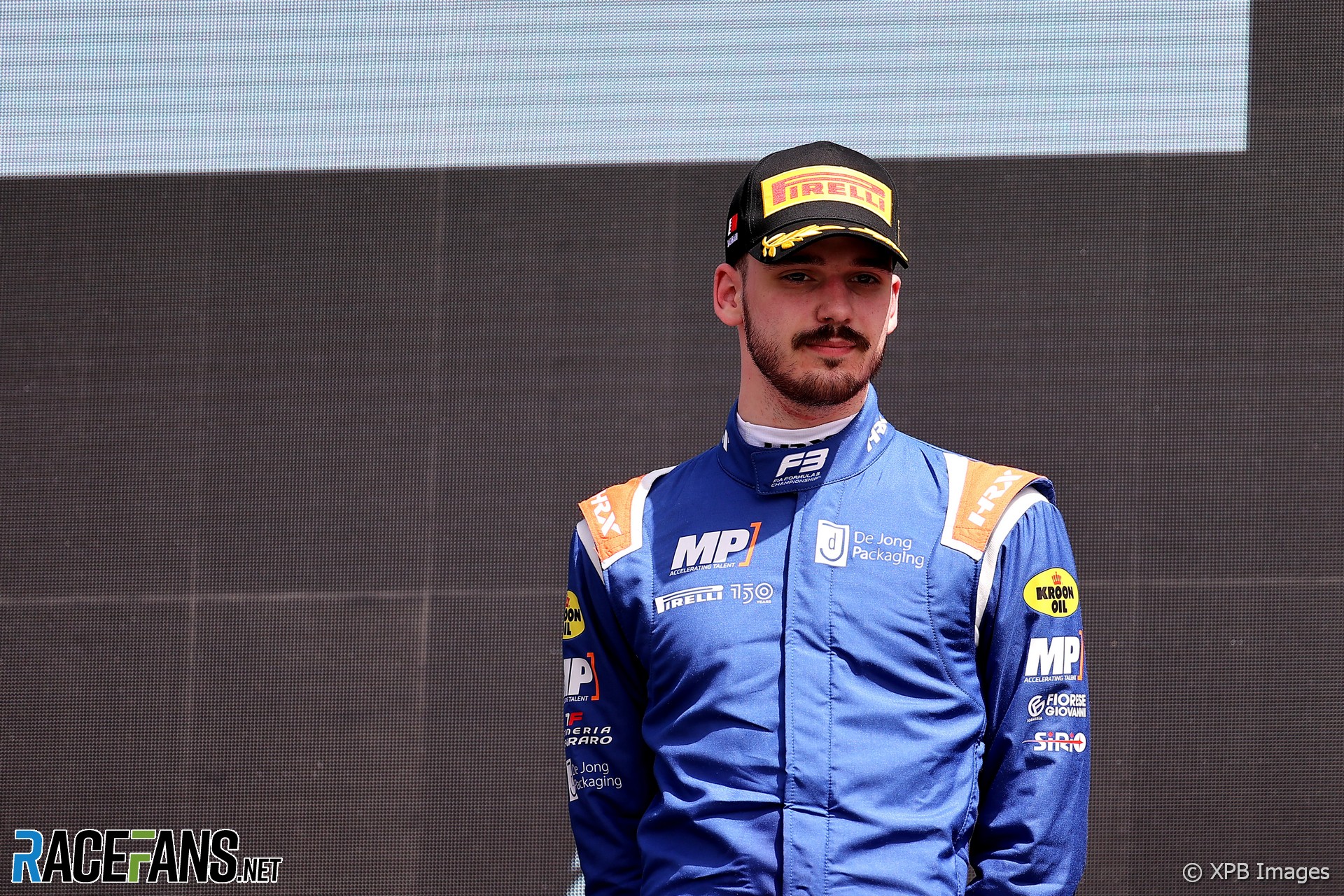 Russian Formula 3 racer Alexander Smolyar will not take part in this weekend’s round at Silverstone due to problems with his visa, his team has announced.

Smolyar is competing in the Formula 3 championship this year as an Authorised Neutral Driver after the FIA imposed restrictions on Russian and Belarussian licence holders in response to Russia’s invasion of Ukraine. He has raced in a largely blank red livery distinct from the blue colours used by team mates Caio Collet and Kush Maini.

Motorsport UK, the governing body of British motorsport, announced stricter restrictions on Russian competitors in March. It barred Russian licence holders from competing in events in Britain, casting doubt on whether Smolyar would be able to participate in this weekend’s F3 races.

His MP team has now confirmed Smolyar will not take his place in the field. “Due to UK visa issues, Alex Smolyar is not able to participate in round four at Silverstone,” the team announced ahead of the start of the British Grand Prix weekend. “He will be replaced for this event by Filip Ugran.”

Smolyar lies sixth in the championship after the first six races. His replacement Ugran completed a point-less season for Jenzer in the series last year and currently lies seventh in the Euroformula Open standings.

The Formula 3 championship is due to continue in Austria next week.