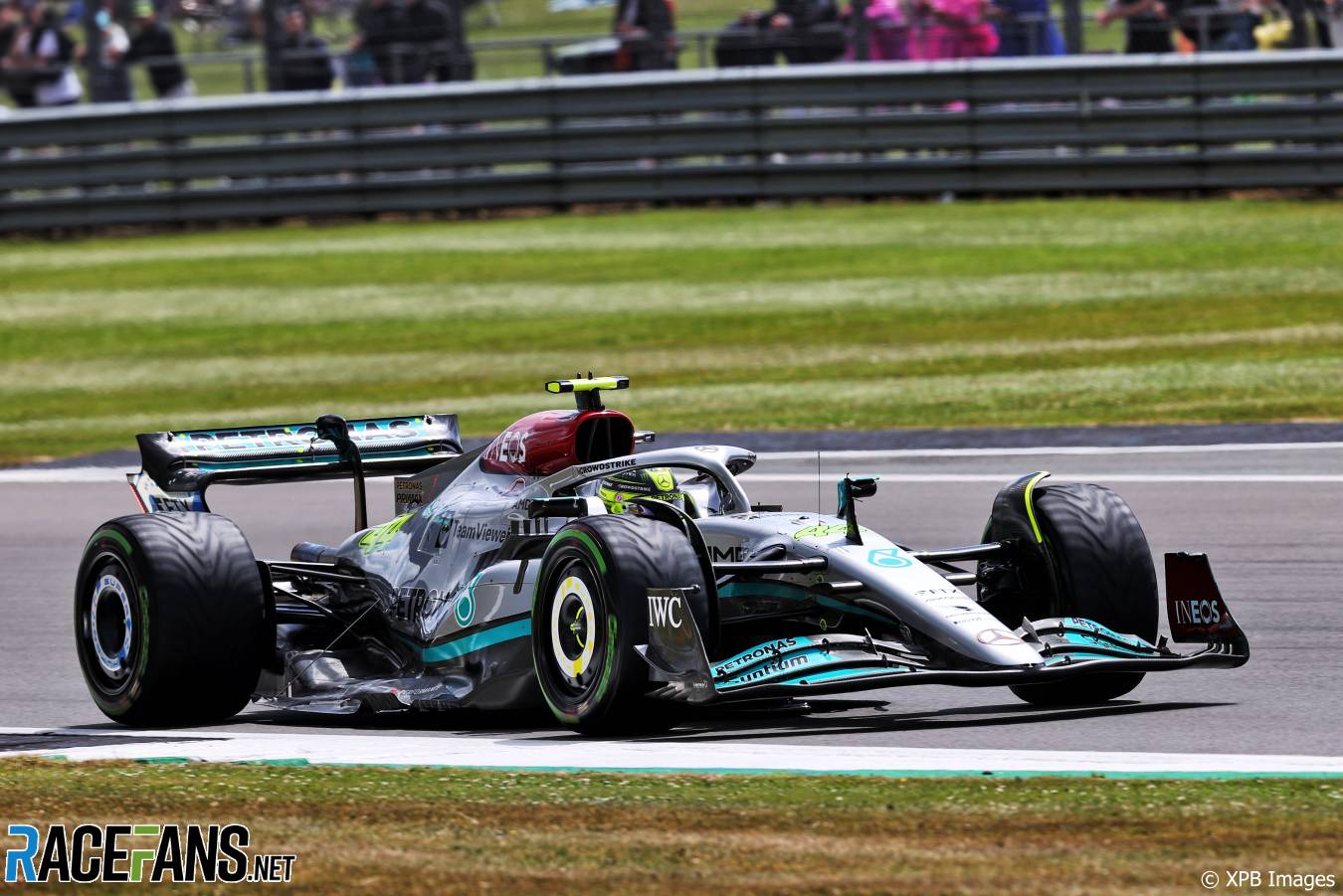 Lewis Hamilton says Mercedes are “not miles off” rivals Red Bull and Ferrari at the end of the opening day of practice for the British Grand Prix.

Mercedes have introduced another raft of upgraded parts to their W13 for this weekend, including revised front suspension, sidepod inlets, the rear wing and the floor. Speaking after practice, Hamilton said he was encouraged by the performance of Mercedes relative to their rivals.

“I think it’s bouncing still quite a bit, not necessarily in a straight line, but through the corners it’s pretty harsh. Not physically harsh, but just like in the car, on the tyres and everything. So we’ve still got work to do, but it feels like a small step forwards – just got to keep working.”

Mercedes have suffered well-documented problems with porpoising and high-speed grounding out with their floor throughout the season so far. Hamilton said the stiff ride of the new car is affecting his approach to the circuit.

“You just can’t drive the track the same as you used to with this car, with how stiff it is,” Hamilton explained.

“The ride characteristics and this porpoising that we do get, which a lot of it, is actuated from the ride stiffness. So no, it’s not the same, but still having fun through Maggotts and Becketts. It’s not so great through nine [Copse], like we used to be flat-out there, but turn one [Abbey]’s great and Maggotts and Becketts is still pretty mega and Stowe, they’re like my favourite corners.”

Hamilton says that the range of updates Mercedes have brought to the British Grand Prix for this weekend were focused on corner grip rather than pure ride comfort.

“So I didn’t get to feel the car like this last week, but it’s much smoother this track which is much better – bit more like Barcelona in that sense. But this is the best track it is. It is still hair-raising and just epic to drive and we’re fighting the car a little bit.

“Our long run pace isn’t as good as the other guys, but it’s not miles off. So we’ve definitely made an improvement, I’m sure overnight we can work and improve the car a little bit more.”

3 comments on “Hamilton: Mercedes “not miles off” Red Bull and Ferrari after W13 upgrades”