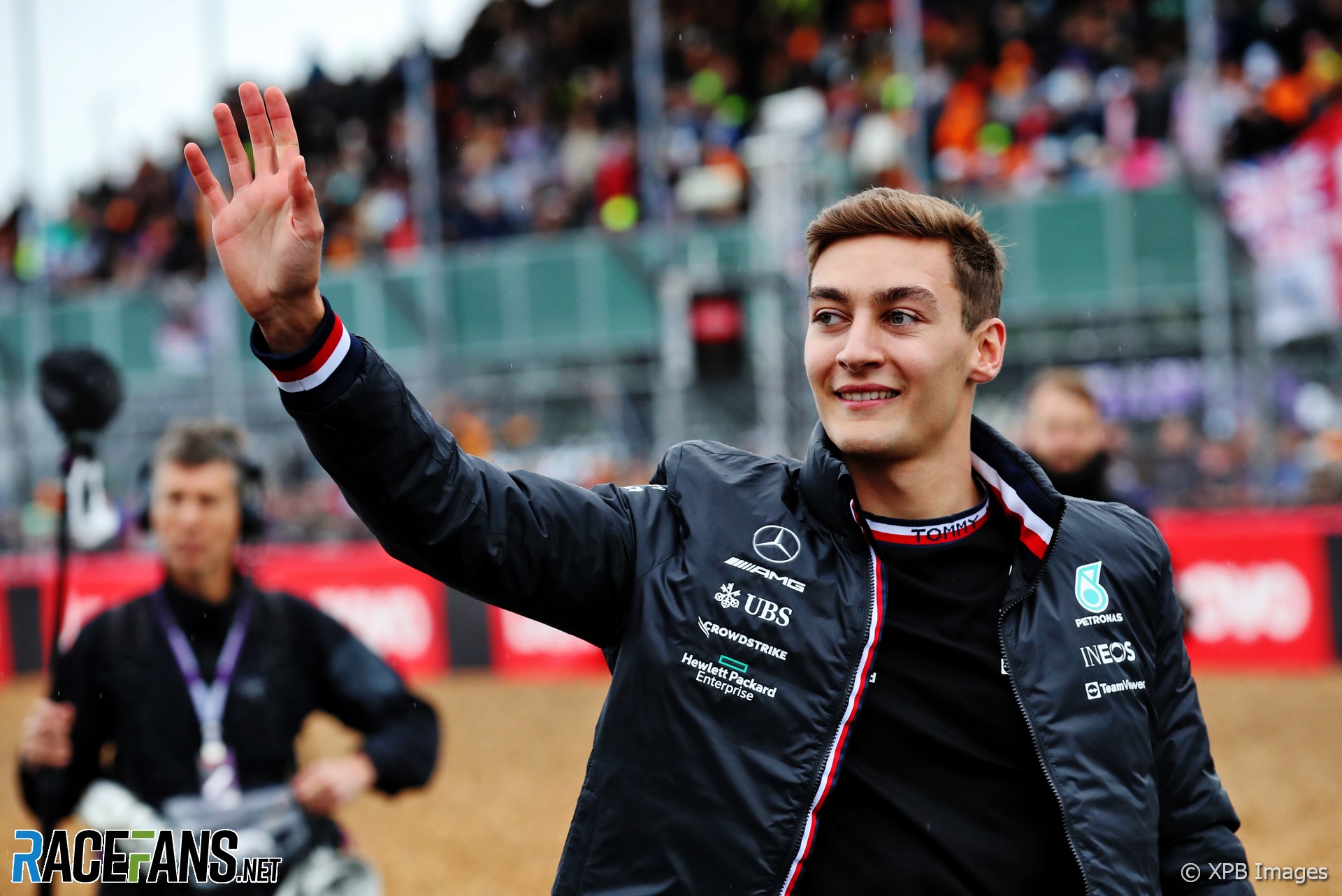 George Russell says spectators jeering drivers “needs to be stamped out” after experiencing it for the first time at the last race in Canada.

The Mercedes driver says he has received much more attention since joining the team from Williams this year, and not all of it has been positive.

“As your profile raises, there’s a lot of positives that come with it, no doubt,” he told media at Silverstone yesterday. “But there’s also downsides to it that also take a bit of readjusting.

“I had the first time in Montreal somebody shout my name and boo at me. I’m just sat in the car on the drivers’ parade and it’s quite a strange thing to comprehend that this 35, 40-year-old guy is booing at me when I don’t even know him.”

Russell says he has no idea why the spectator was jeering at him. “I just try to keep myself to myself and just try to do my best every single race I go to and put on a good show and be polite and pleasant to everyone. There are some things that you need to sort of get used to and just accept that this is unfortunately the world and society we live in at the moment.”

Sportspeople do not deserve to be booed at by spectators, Russell said. “This is another example of something that needs to be stamped out.

“What gives that guy the right to boo at anyone? What gives the right for these football fans hurling abuse at the players? They’re just doing their job, doing their best to have a career. And I think that’s what a lot of people don’t really appreciate in this position.”

Earlier this week Formula 1 criticised by Nelson Piquet’s use of a racist term to described Russell’s team mate Lewis Hamilton. Formula 2 driver Juri Vips has also been dropped from the Red Bull Junior Team – but not his F2 squad Hitech – for using a racial slur during a live video stream.

“I think it’s clear that we all need to do more to stamp out all of the racism that is going around within not just the motorsport world, but society. And I think it goes further than just this, as well, with social abuse that people receive on online.

“It’s great to see so many come together and put forward their views and stand in support. I think we all have a duty to do more. It’s just shocking to see in today’s day and age that we’re still continuing with this.”