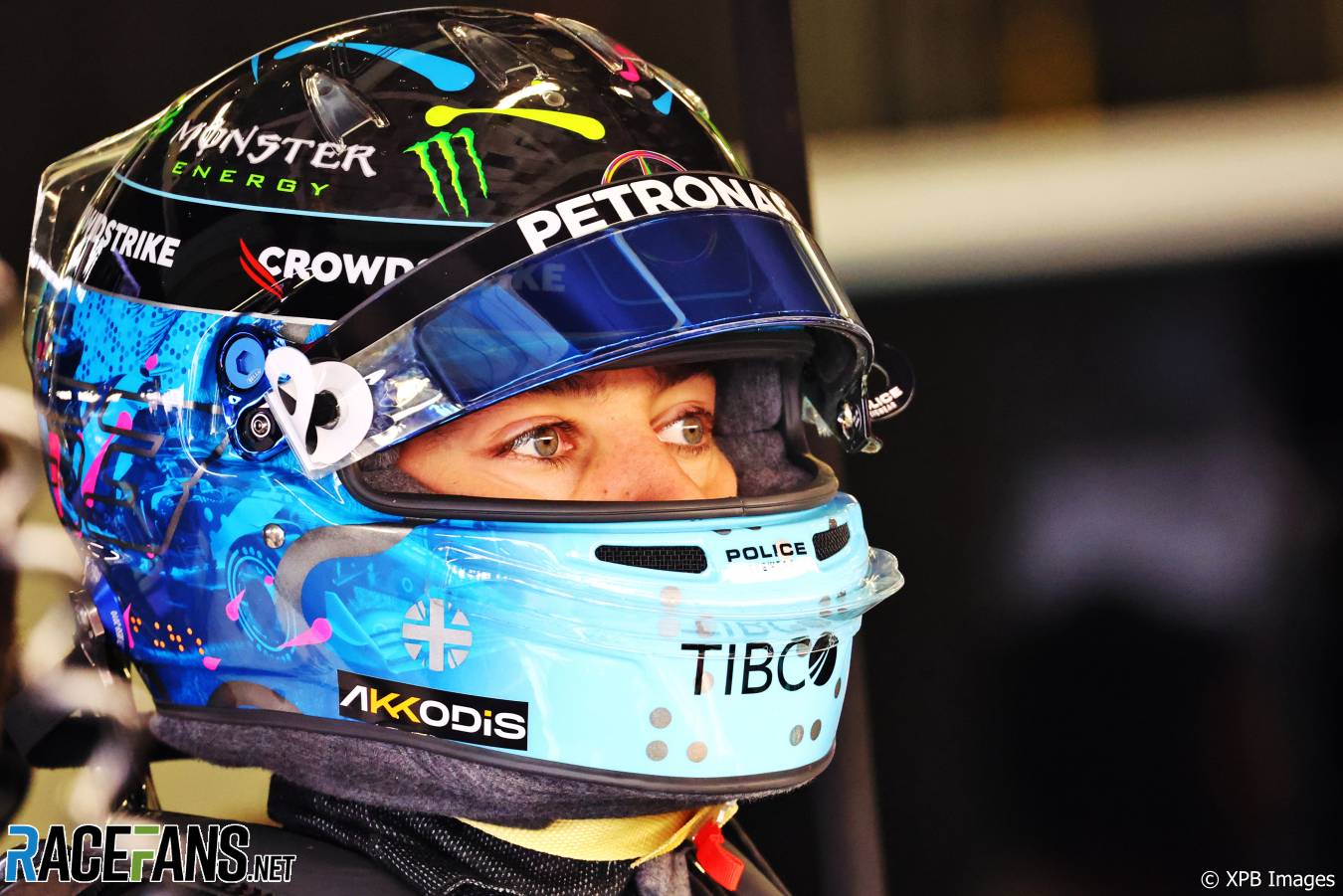 George Russell was surprised by his below-par qualifying performance in a rain-hit qualifying session at Silverstone.

The Mercedes driver took eighth on the grid while Lewis Hamilton claimed fifth. “I definitely underperformed compared to where the car deserved to be,” Russell said afterwards.

“I was feeling good in Q1 and it just slowly got worse and just sort of lost confidence. And then on that last lap I made a mistake. We had the speed to be probably P5, P4 maybe. So that was a bit frustrating.”

Russell went off at turn three on his final flying lap. “I probably lost for four or five tenths,” he said. “Still the lap was pretty average and losing four tenths at the start of the lap is not ideal. So on to tomorrow.”

Having performed well in wet qualifying sessions during his time at Williams, and again at the previous round in Montreal where rain also fell on Saturday, Russell admitted he wasn’t sure why he hadn’t been more competitive today.

“It was definitely tricky finding the right line,” he said. “I clearly didn’t do a good job of that.

“But it’s strange, the wet conditions I usually really like and in Canada we had some really strong pace and the car’s always been strong in these conditions. But today for whatever reason it just wouldn’t happen.”

However he is hopeful his upgraded Mercedes will be more competitive in the race, after showing good pace over his long run on Friday.

“Let’s see tomorrow, I think we’ve definitely made progress in the dry at least,” he said. “We know that qualifying is a bit of a weakness for us.”

4 comments on “Russell “definitely underperformed” after taking eighth on grid”