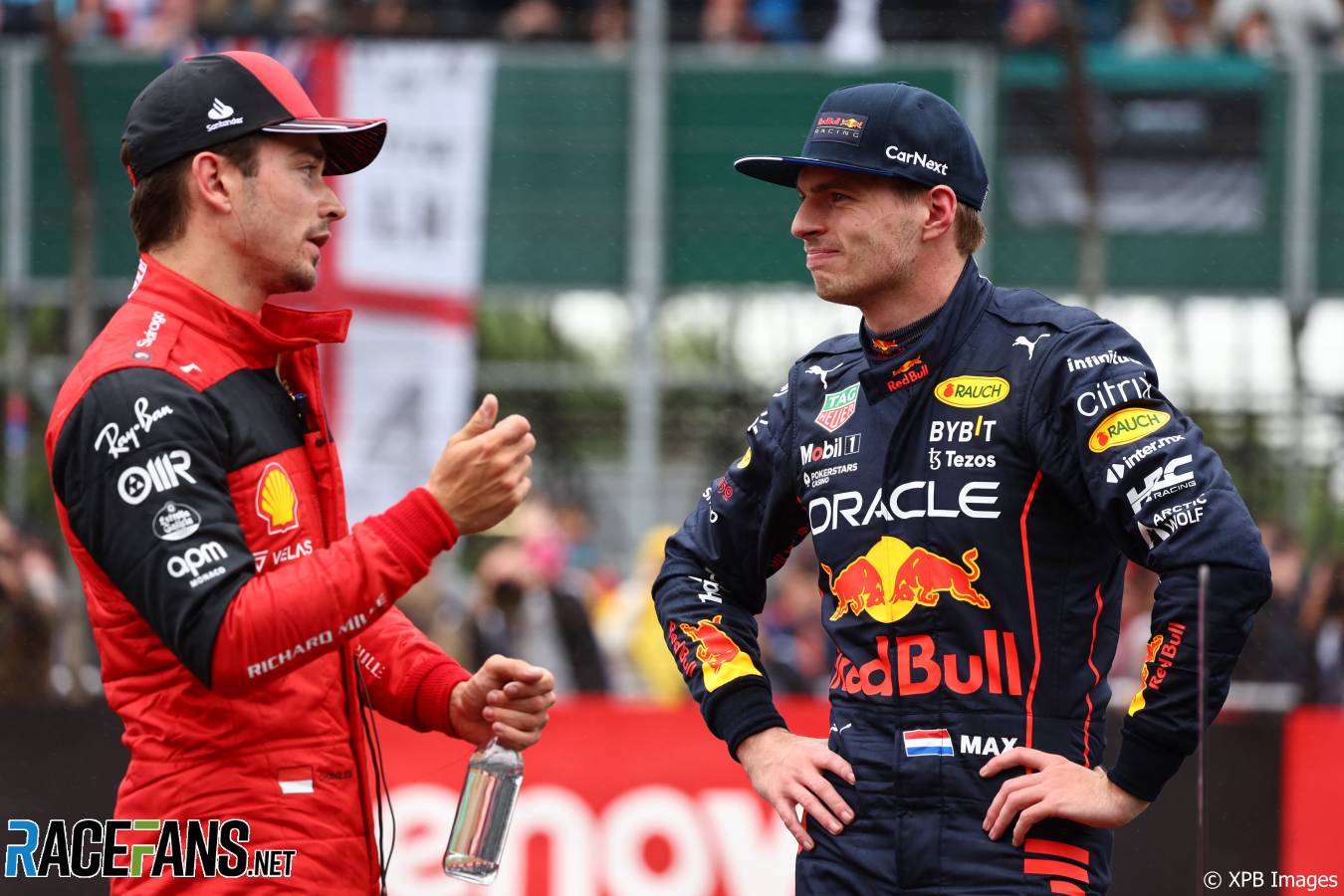 When Carlos Sainz Jnr Jnr crossed the line on his final effort in Q3 at a soggy Silverstone to claim his first pole position in his Formula 1 career, it broke a wait of 2,835 days since the last time he secured pole during a competitive motorsport event – at Paul Ricard during the 2014 World Series by Renault.

Sainz went on to win that race that afternoon against a field that included future F1 drivers Pierre Gasly, Esteban Ocon, Nicholas Latifi, Sergey Sirotkin, Roberto Merhi and Will Stevens – with even W Series racer Beitske Visser in the mix too. The following day, Sainz took back-to-back wins in race two. It remains the last time he stood on the top step of a podium.

As Sainz prepares to lead the field around the formation lap before a grand prix for the very first time, he insists he has not forgotten how to start a race from the front of the grid.

“Leading a formation lap will feel great in Ferrari – the first time I will do it,” said Sainz in response to a question from RaceFans. “I think I haven’t forgot since I led a formation lap in World Series by Renault. I think I’ve led a couple of races in Formula 1. I think it was Portimão, and it felt great. So that’s a target, to do it again.”

Heading into Sunday, the biggest question is whether the Ferrari driver will be able to convert his best starting position of his career into his overdue maiden Formula 1 win, two weeks after chasing Max Verstappen home in Canada for his fifth second-place finish. Asking the pole sitter himself, he sees no reason why he will not be able to fight for the win.

“Confidence is high,” said Sainz. “If I look back to FP2 the pace was there and I was feeling at home with the car and I’m pushing well on the tyres.

“If the feeling is like in FP2 then I’m confident that I can hold on to a lead and try to do my own race, pushing from the beginning. If the balance and the car is like FP3 then I think it could be a bit more tricky, but we’ve changed a few things since FP3, because we found ourselves with some issues that we didn’t expect. It looked like in qualifying we improved a bit, so hopefully the car is back like it was in FP2 and I can do my own race.”

Few were as happy to see Sainz claim his maiden pole than his Ferrari team mate Charles Leclerc. Having spun on his own final qualifying lap and inadvertently hampering Verstappen in the process, Leclerc knows that he only has himself to blame for starting behind his team mate in the grand prix. But Leclerc has no intention of simply playing a supporting role on Sunday.

“Of course I will be very happy if Carlos wins the race tomorrow, but I’m not going to hide that I want to win too,” Leclerc said.

“I think what is most important is that we finish one-two, whatever way around it is, and if we can play strategic moves in between the cars, I’m pretty sure that we will. So, let’s see how it goes tomorrow. But, again, I feel confident with the car. So let’s wait and see.”

In between the two Ferraris sits Verstappen’s Red Bull, second on the grid – from where he stormed into the lead of last year’s sprint qualifying race to deny Lewis Hamilton victory.

Friday’s single session of dry running suggested that it could be very tight at the top of the field this week, Verstappen made a lot of people in the paddock very nervous on Saturday afternoon by lapping almost half a second faster than anything that wasn’t a Red Bull. Despite missing out on pole after having to back off due to Leclerc’s spin, Verstappen is heading into the race with trademark confidence.

“I think it’s going to be good,” said the championship leader. “The car was very nice in FP3, better balanced than FP2 and that’s, of course, important that you find that right balance.

“Tomorrow, it’s a bit of a question mark. The track will probably be quite green, because of the rain. How are the tyres are going to last? I have good confidence that our cars should be quick.”

Although comfortably leading the championship approaching the halfway point in the season, Verstappen says he will not be playing it safe if he has a sniff of victory in the race.

“The target is always to score points and always, of course, as many as you can and that’s how I’ve approached every single race until now, so I don’t see why this race suddenly needs to be different,” Verstappen explained.

“If I have an opportunity to go for it, I will definitely go for it. It’s how it goes in F1. There are still so many races left where you need to score a lot of points, to have a chance to win the championship.”

After some difficult races for Mercedes, Silverstone was supposed to be one of the strongest weekends of the season so far for the Brackley-based team. However, the team’s tactics in Q3 did not pay off, leaving Lewis Hamilton in fifth and George Russell down in eighth.

Having shown promising long-run pace in practice relative to the Red Bulls and Ferraris, Russell thinks that Mercedes will be able to show they have finally caught up significant ground to their rivals, if he is able to clear Fernando Alonso and Lando Norris ahead in the early stages of the race.

“I think we’ve definitely got a faster race car that we do qualifying car,” claimed Russell. “We definitely closed the gap as well.

“It would have been really interesting to see where we could have ended up today had it been dry. So I just hope I get past Alonso and Lando as soon as possible to try and see the true picture, because I think we’ve got half a chance against the guys at the front.”

With Norris having secured ‘best-of-the-rest’ honours for his home grand prix, McLaren team principal Andreas Seidl says they aim simply to consolidate that position on Sunday, even if they are unable to keep Russell’s Mercedes behind then in the race. While Norris starts sixth immediately in front of one Alpine, Daniel Ricciardo is 14th with the other right behind him.

“A lot can happen in the race and obviously we’re looking for any opportunity in order to move forward. But as we have seen several times this year, if you don’t have fairly big incidents in the race and it’s pretty much a normal race, even if you have a quicker car than some guys in front of you, sometimes it’s very difficult to move forward.”

Using the three hardest compounds for this weekend, Pirelli predict the quickest route to the chequered flag will come through a two-stop strategy, starting on the mediums and switching to hards before a third stint back on the mediums.

“In the dry conditions of FP3, most drivers ran the soft tyre, and we expect the medium to be the main race tyre tomorrow if conditions are dry – which is not entirely certain – with a two-stopper being the best strategy,” explained Pirelli’s Mario Isola.

Whatever the weather, Sainz knows that he will arrive at the circuit on Sunday with his best ever opportunity to win his first grand prix – but is under no illusion as to how difficult it will be to hold off the three cars closest to him on the grid.

“I’m pretty sure that between Charles and me we can put a good battle with Max, and obviously not forgetting about Checo that will be also attacking,” said Sainz. “They were very quick in FP3, both Red Bulls. So I think if we can work like we worked all year, we can achieve a one-two. That is the main target.”

Will Sainz finally become a grand prix winner on Sunday? And will Mercedes have the pace to get in between the Red Bulls and Ferraris?

12 comments on “Why Sainz faces a tough challenge to end his 2,835 day win-less streak at Silverstone”