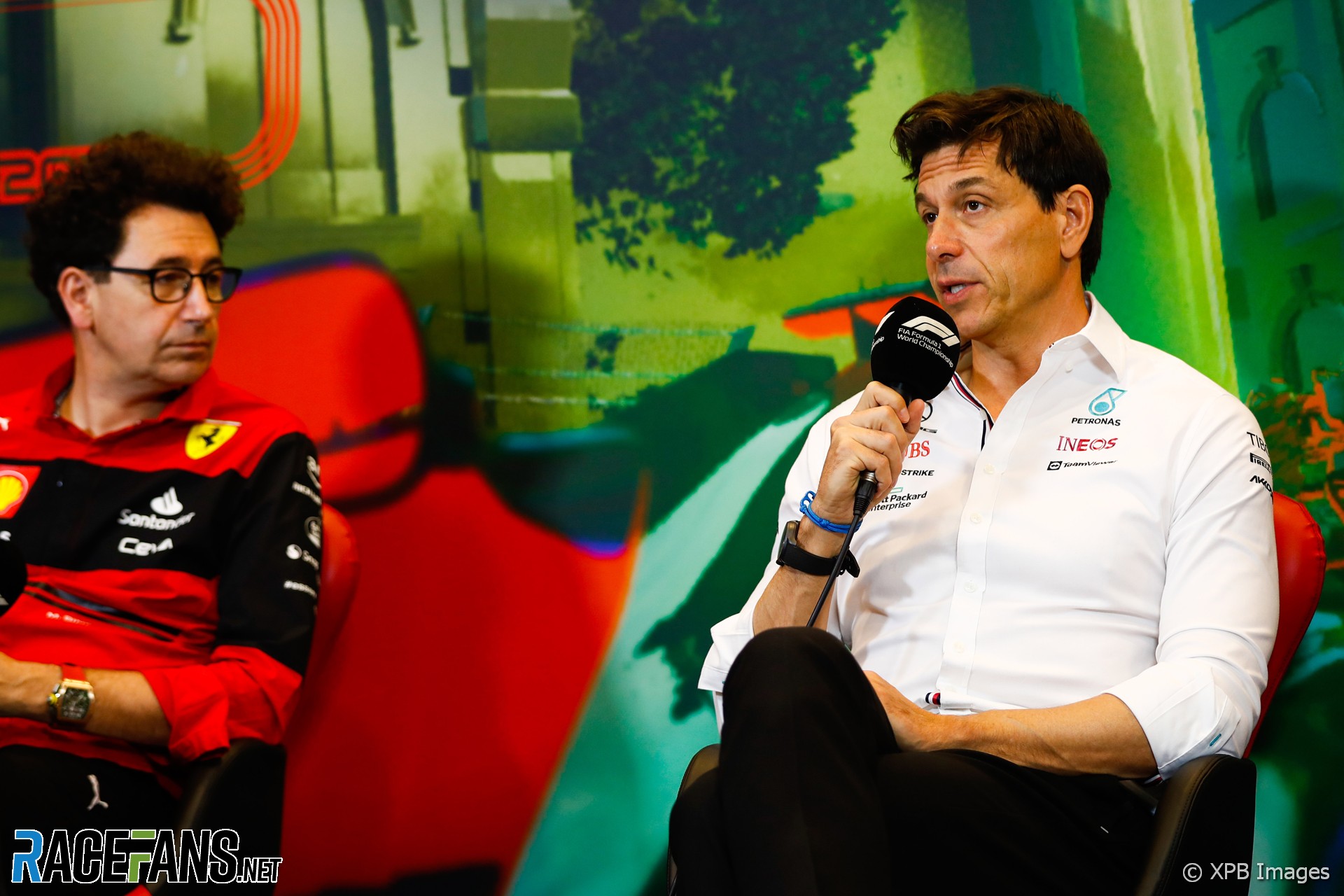 Mercedes and Ferrari deny they are holding up approval of Formula 1’s new regulations for 2026 in order to disadvantage potential new rivals Porsche and Audi.

The two Volkswagen Group-owned manufacturers have indicated they intend to enter the series when it introduces new power units in 2026. However F1 is yet to sign off the new rules.

Following a meeting of the F1 Commission yesterday, the FIA and Formula 1 issued a joint statement claiming “the package of regulations is close to finalisation.”

The later the new rules are approved, the less time any new entrant has to commit to the expensive development programme required to build an F1 engine. Mercedes team principal Toto Wolff, who previously indicated he wanted the new rules to be decided by the summer, denied Mercedes are dragging their feet over the discussions to create problems for the newcomers.

“On the contrary, we don’t want to delay those regulations, we want to have it in place,” said Wolff.

He said existing manufacturers have already made a “massive” concession to their incoming rivals by agreeing to drop the MGU-H, a complex piece of hardware designed at significant cost.

Neither of the manufacturers have confirmed their entry into F1, despite rumours Porsche would announce their tie-up with Red Bull during the team’s home race this weekend.

“It was said to us that by the end of the year, we’re going to have the confirmation that they’re joining the party,” Wolff continued. “That confirmation hasn’t been given until today. I don’t know why.”

Other concessions towards the newcomers have been discussed, said Wolff, including letting them conduct more dynamometer testing of their engines. However, he said, “this is an environment where regulations will change all the time, so you can’t make it regulation-dependent.”

“We’d like to have them as part of the show,” he added. “They’re sitting at the table negotiating those regulations since a while, but not committed yet.”

Ferrari team principal Mattia Binotto said the decision to remove the MGU-H showed the existing manufacturers were willing to accommodate their new rivals.

“We removed the H, we did it only to try to help them join in the F1 and believe that for us removing the H is something which is not maybe the best choice,” he said. “It’s a compromise because it’s a technology that we know pretty well, it’s a very high efficiency technology which is great for the F1. So I think that overall again we are very positive and constructive.”

The new regulations haven’t been agreed yet “because it’s the time which is required to do these things properly,” said Binotto. “Simply we are not ready right now, not only us as current manufacturers, the FIA, because they are the ones leading the discussions, and as well I think for Audi and Porsche the current regulations are not ready yet.

“There are still open points. And those open points simply need to be tackled and discussed and agreed.”

He insisted Ferrari is “very positive on Audi and Porsche joining the F1” in the future.

“We are very positive because it’s great for the F1, it’s great having more manufacturers and it’s great to have of course [Volkswagen AG] group within our business and our Formula 1 racing championship. So I think we’ve done whatever we could try to adapt to make sure that they were happy.”