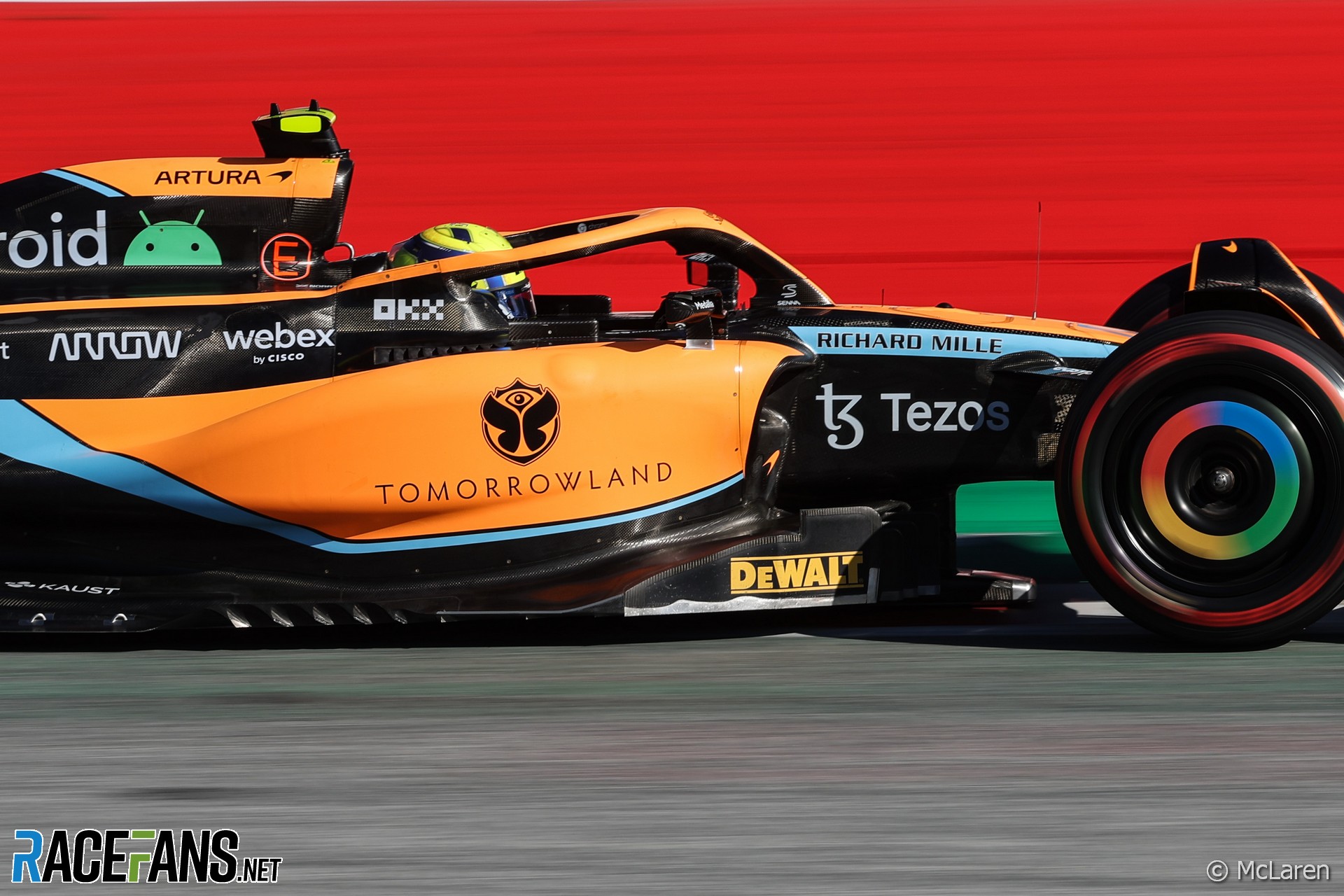 McLaren suffered their worst qualifying performance of the season so far as their two drivers suffered different problems with their cars yesterday.

Daniel Ricciardo’s troubles were depressingly familiar. Things are still not coming right for the driver, who turned 33 last week, in his second season at the team, resulting in a Q1 exit which clearly pained him.

“We compromised a bit the set-up, things that we had to do for quali,” he explained afterwards. “But still it feels like there’s never any good reason to be out in Q1. So we’re unfortunately back here again, so just try and obviously figure it out.

“We’ve got a long weekend now, obviously two races, so that’s the positive, a few good race starts and I can cash in a few spots. But you obviously never want to be out in Q1.”

Ricciardo’s assessment of his lack of pace in the car echoed his past comments: “It seems just a little bit everywhere,” he admitted.

“I don’t want to say I ‘made steps’, it was obviously still too far off. So it’s just a bit everywhere for the most part.”

His team mate Lando Norris has consistently brought the team’s best results so far this year. But two different technical problems thwarted his efforts on Friday at the Red Bull Ring, starting with an engine failure in the sole, one-hour practice session.

“We lost a lot of laps, any low-fuel laps,” said Norris. “So Q1 was my first feeling of a low-fuel, high-grip. So we’re just on the back foot comparing to all the teams, let’s say.”

He then encountered an intermittent braking problem in qualifying. It was infrequent enough in Q1 that he was able to make it a stage further than his team mate, but in the second round he headed off-track repeatedly.

“In the middle of the braking zone the car just [went] straight on.” Norris explained. “So pretty scary but hopefully we can fix it for tomorrow.”

The two drivers will share the eighth row of the grid for today’s sprint race after the team’s worst qualifying performance of the season so far. Norris is doubtful about the team’s chances of gaining ground.

“I definitely think we’re out of place,” he said. “We should be up in Q3. But it’s close at the same time.

“I don’t think we have any strengths here at the minute. So I think it’s going to be hard to make up for where we are.

“But it’s a sprint race, a long race on Sunday still, many things can happen. So I want to be optimistic, but it’s going to be a difficult weekend.”