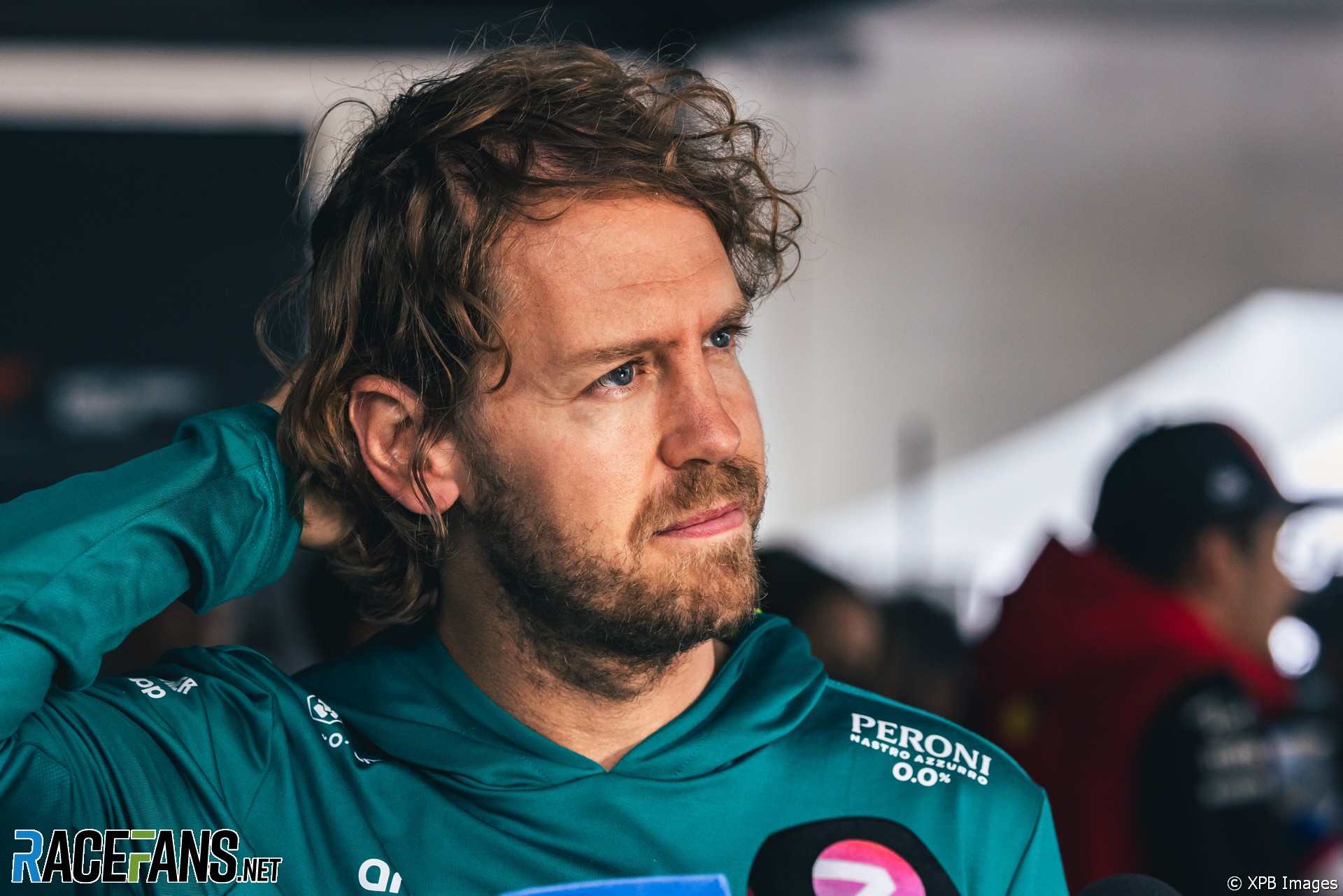 Sebastian Vettel has been given a suspended €25,000 fine for leaving yesterday’s drivers’ meeting without permission.

The Aston Martin driver left the meeting before he was allowed to after “expressing frustration”, said the stewards.

Vettel is understood to have been unhappy at the standard of officiating during the event. The meeting took place after the Friday evening qualifying session, when Vettel had his final Q1 lap time deleted for a track limits violation, demoting him to the back of the grid.

The stewards explained Vettel had “left the drivers’ meeting that was held at 19:30 on Friday 8th July, without permission, and [expressed] frustration at the meeting.

“Drivers are not free to leave when they want,” the stewards continued, “this being a breach of the requirement to attend. Drivers at this level are role models for every driver around the world and, in the opinion of the stewards, Vettel failed to live up to that standard in this case.”

However, Vettel has since met with race director Niels Wittich to discuss his concerns. Wittich later advised the stewards that “Vettel apologised without reservation and that further, they had a very constructive conversation covering the topics in the meeting and more.”

His fine will therefore not need to be paid unless he commits a similar rules breach before the end of the season.

“The stewards determine that there is a breach, which cannot go without penalty, but that based on the report from the race director there are factors in mitigation.

“Therefore, the stewards order a fine of €25,000, which is suspended for the remainder of the 2022 season, subject to any breach of Article 20.1 of the FIA Formula 1 Sporting Regulations or of Article 12.2.1 f) of the International Sporting Code.”

In 2016 Vettel apologised to the FIA after launching a profane tirade at former race director Charlie Whiting at the end of the Mexican Grand Prix.

27 comments on “Vettel given a suspended €25,000 fine for storming out of drivers’ meeting”