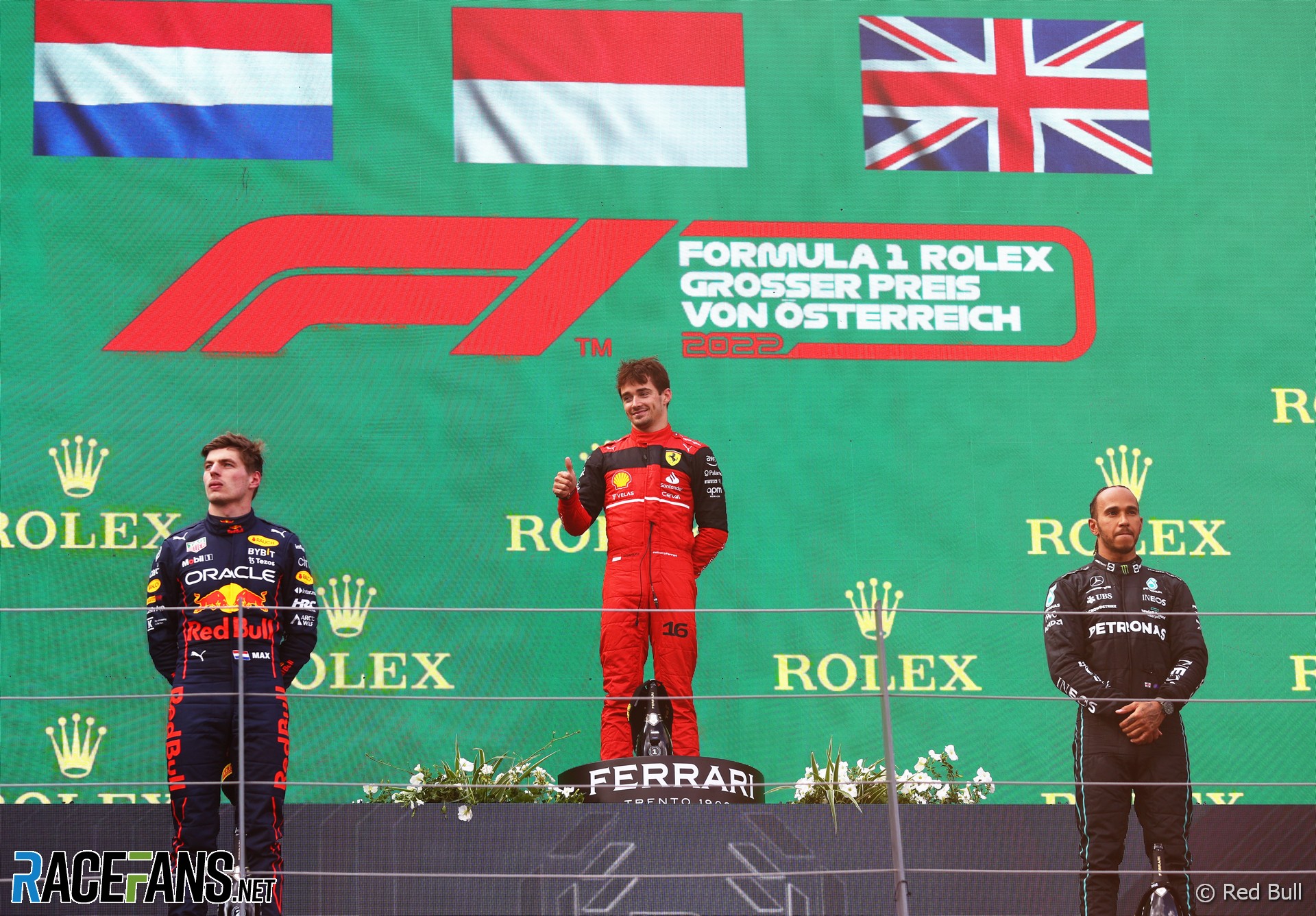 The top three finishers in the Austrian Grand prix have been summoned to the stewards over a potential breach of the rules.

Race winner Charles Leclerc, second-placed finisher Max Verstappen and third-placed Lewis Hamilton have all been called to meet the stewards at 6:30pm at the track.

The trio are being investigated for potential violations of article 12.2.1 (i) of the International Sporting Code, regarding the parc ferme rules. It states drivers may be penalised for “failure to follow the instructions of the relevant officials for the safe and orderly conduct of the event.”

The summons is believed to relate to the drivers’ interactions with their physiotherapists after returning to the pits.

The post-race procedure notes issued by the FIA to teams stated: “Other than the team mechanics (with cooling fans if necessary), officials and FIA pre-approved television crews and FIA approved photographers, no one else will be allowed in the designated area at this time,” after the top three finishers arrive in the pit lane after the race.

The notes add, in bold text that “no team PR personnel” are permitted in the area, and that “driver physios must wait outside the cool-down room behind the podium until the podium ceremony has concluded.”