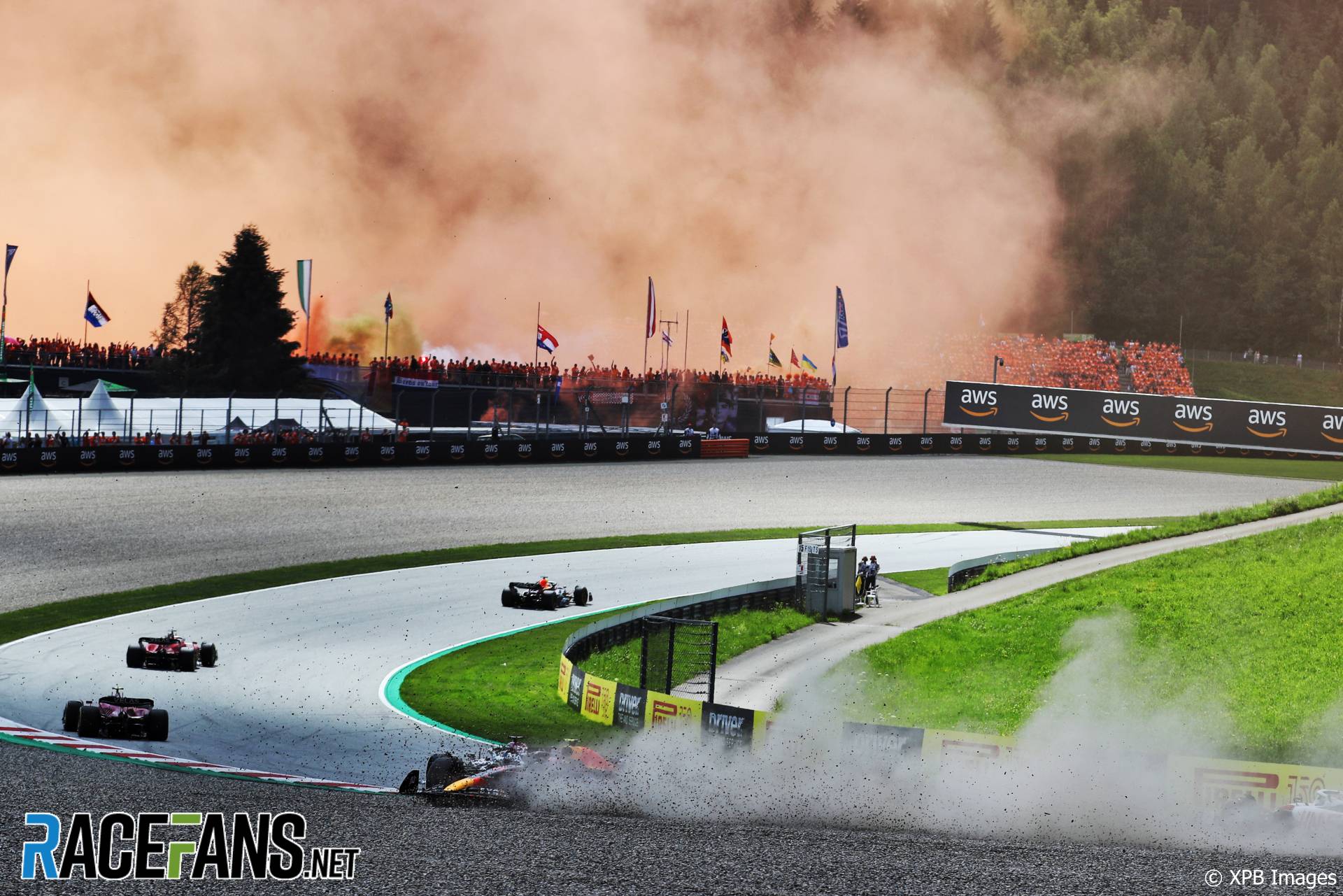 George Russell and Pierre Gasly have each been given two penalty points on their superlicences for collisions at turn four during the Austrian Grand Prix.

Russell tangled with Sergio Perez on the first lap of the race. The unimpressed Red Bull driver said he expected better of his rival.

“I was clearly ahead,” said Perez. “It was up to George to really control his car which he clearly couldn’t and we ended up making contact.

“There was nothing else I could have done. I gave him enough room. I was already very close to the gravel to make sure he had enough room and for both of us to make the corner.”

Perez said the drivers had been given “clear” guidance on leaving room for each other in the corner. “For the standards of George, the level, I’m very surprised at that manoeuvre,” he said.

After falling to the back of the field, Perez later retired from the race, and lost second place in the drivers championship to Charles Leclerc. “It’s very disappointing for me,” he said. “A very disappointing result for our team because clearly today there was a lot of opportunities. We had too much damage to progress in the race.”

The stewards “determined that car 63 [Russell] was wholly at fault for the incident” after reviewing video footage of the clash.

“Car 11 [Perez] was passing on the outside at turn four, was at least fully alongside at the entry of the turn and all the way through the manoeuvre, including at the apex of the corner and left sufficient room for car 63, which ultimately struck car 11.

“This was not considered as a ‘first lap incident’ as this was a battle between the two cars and was not affected by the pack of cars as can happen during the first lap.”

Gasly was also ruled to be entirely to blame for his collision with Sebastian Vettel later in the race. He was given the same sanction as Russell, a five-second time penalty and two licence points.

“The stewards reviewed the video evidence and determined that car five [Vettel] was at least fully alongside throughout his attempt to pass on the outside of car 10 [Gasly] at turn four and gave car 10 sufficient room at the apex. The stewards determine that the collision was wholly the fault of car 10.”

Gasly is now on a total of six penalty points on his licence, while Russell has three.