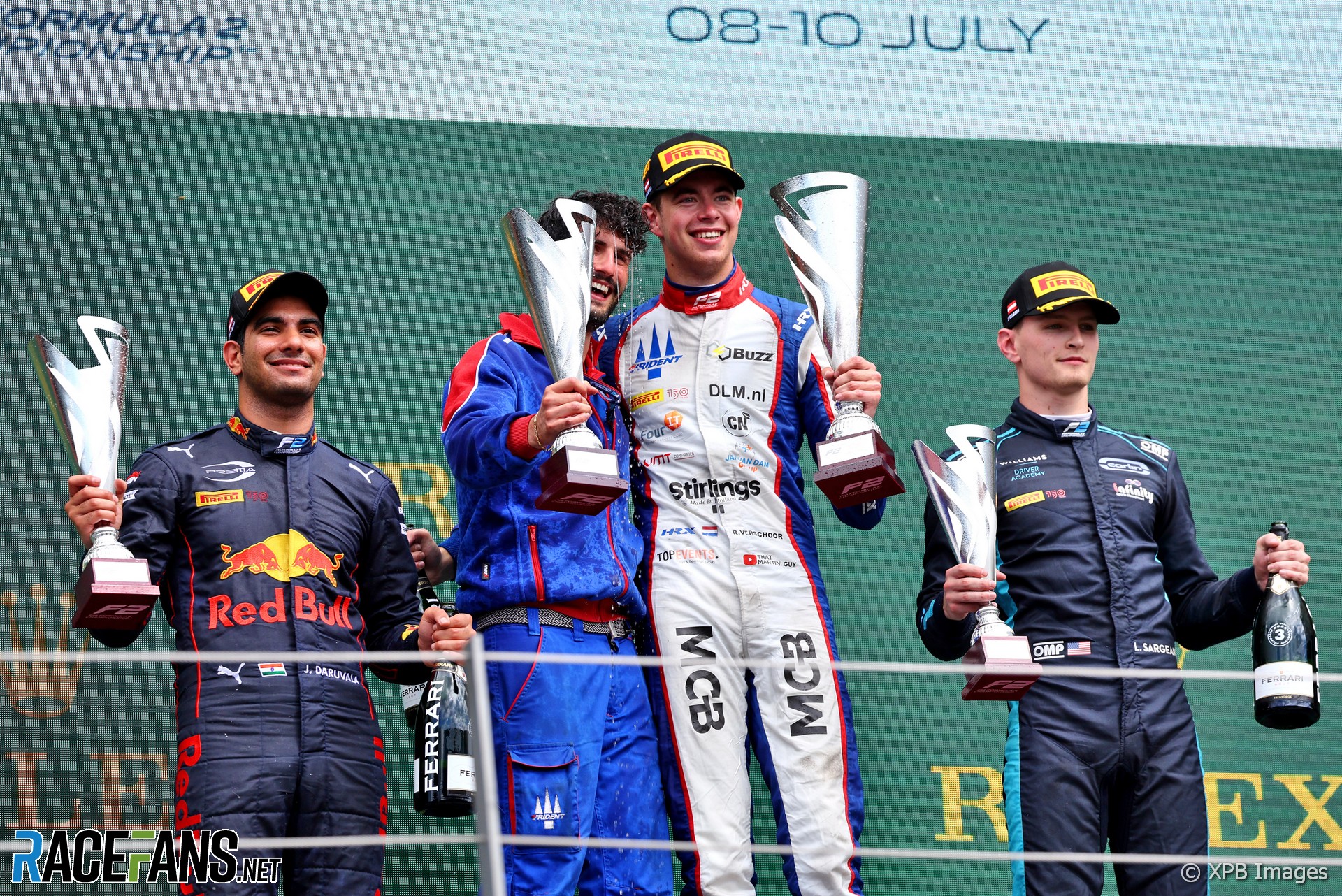 Logan Sargeant has won the Formula 2 feature race at the Red Bull Ring having originally finished in third place.

On-the-road winner Richard Verschoor was disqualified for a technical infringement while Jehan Daruvala, who originally finished second, was handed a 20-second time penalty.

Fears were raised for Verschoor when he pulled to the side of the track shortly after taking the chequered flag. He told his team he didn’t believe he would be able to make it back to the pits.

The stewards later confirmed it had not been possible to extract the required 0.8 kilograms of fuel from Verschoor’s car for analysis. Just 31.3 grams of petrol were drawn from its tank. As Verschoor’s car failed a technical inspection, the penalty is disqualification.

“During the after-race scrutineering car 20 [Verschoor] was not able to provide a fuel sample of [minimum] 0.8 kilograms,” the stewards noted. “Only 31.3 grams of fuel could be extracted from the car. This is not in compliance with article 14.6 of the Technical Regulations.”

Article 14.6 specifies that “competitors must ensure that a 0.8kg sample of fuel may be taken from the car at any time during the event.”

Therefore Logan Sargeant, who originally finished third for Carlin, becomes the race winner. Second place goes to Enzo Fittipaldi and former Formula 1 driver Roberto Merhi is promoted to third place, despite having had a five-second time penalty of his own during the race.

No further action was taken over a collision between Cem Bolukbasi and Liam Lawson. Daruvala’s Prema team was also fined €1,000 after a violation at his team mate’s pit stop, when his mechanics not did not lie his tyres flat on the surface.