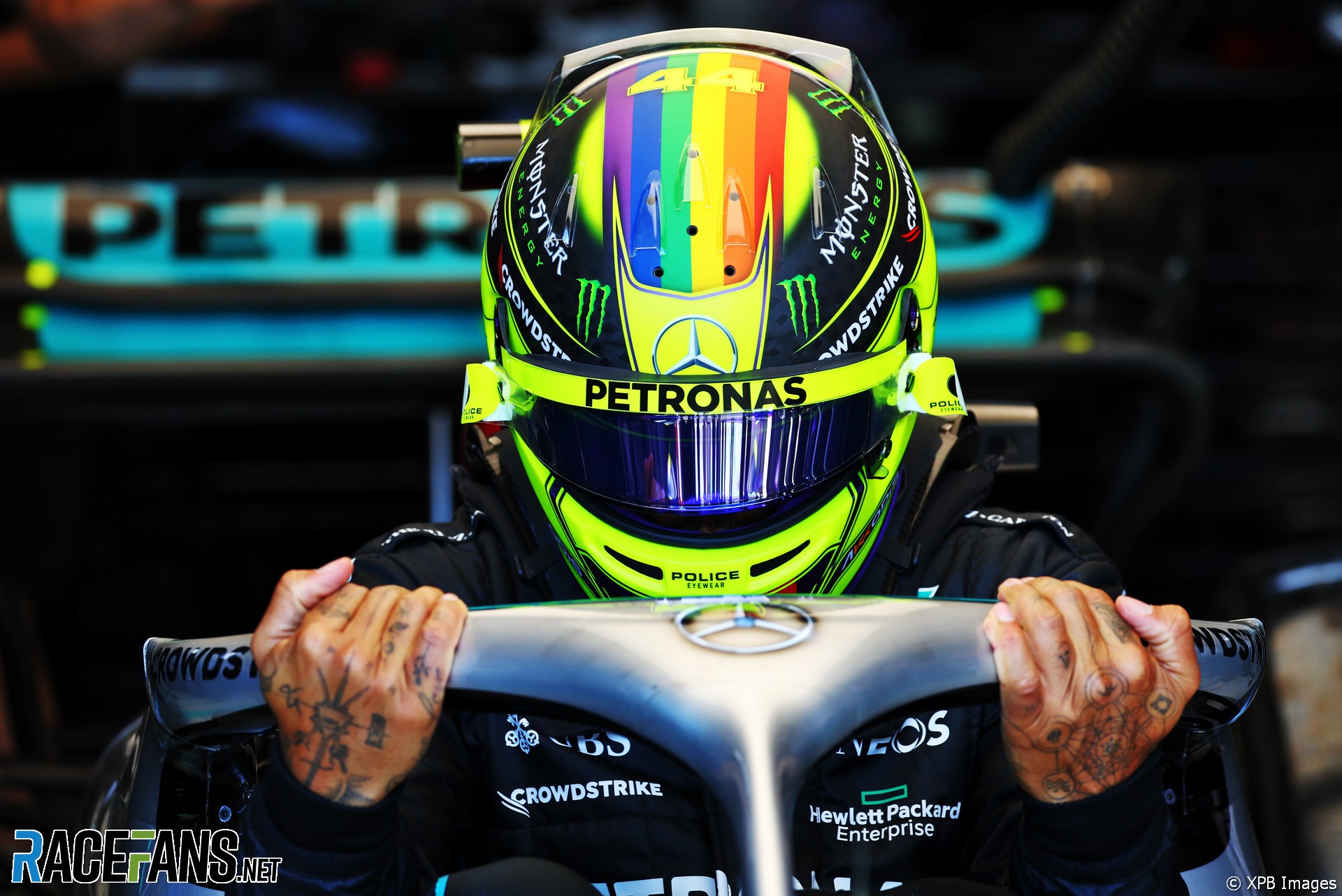 Lewis Hamilton says Mercedes aren’t as competitive at Paul Ricard this weekend as they were two weeks ago in Austria.

However, he believes the team still has the chance to continue its run of podium finishes this weekend.

“Today we’re in fourth and fifth so that’s kind of the region that we’ll be fighting for,” said Hamilton after today’s practice sessions.

“I don’t mean that we can’t be on the podium, I think we can still be up there. We’re just still not as quick as those front guys – we’re a little bit further back than we were in the last race.”

Despite not driving his car in the opening session, when Nyck de Vries took over, Hamilton said he “did make some changes” to his set-up between sessions. “It was kind of crazy because I hadn’t even driven the car from where Nyck was.”

De Vries “did a great job this morning, kept the car in one piece and was great out there”, said Hamilton. “So I’m grateful for the work he did this morning.”

Mercedes arrived at Paul Ricard expecting its combination of quick corners, a smooth surface and high temperatures would play into their hands. But Hamilton said the team “have a lot of work to do, a lot of ground to cover still” after being out-paced by Ferrari and Red Bull again on Friday.

“The car’s not spectacular here, we don’t know why, but hopefully overnight we can make a bit of a step” he said.

The team is lacking pace “everywhere” around the track, said Hamilton. “It’s just every corner. I’m going to have to dig deep into the data, but it just feels like we’re lacking downforce today. But otherwise it’s okay, I can only have empathy for the guys even further back.”

“I think generally this generation of car is definitely nowhere near as good as it used to be in terms of grip and stuff that we had in the past,” he added. “But it also is the first year of this generation so I’m sure it’ll get better over the years.

“But we have work to do, we’re a little bit further behind than we anticipated this weekend.”