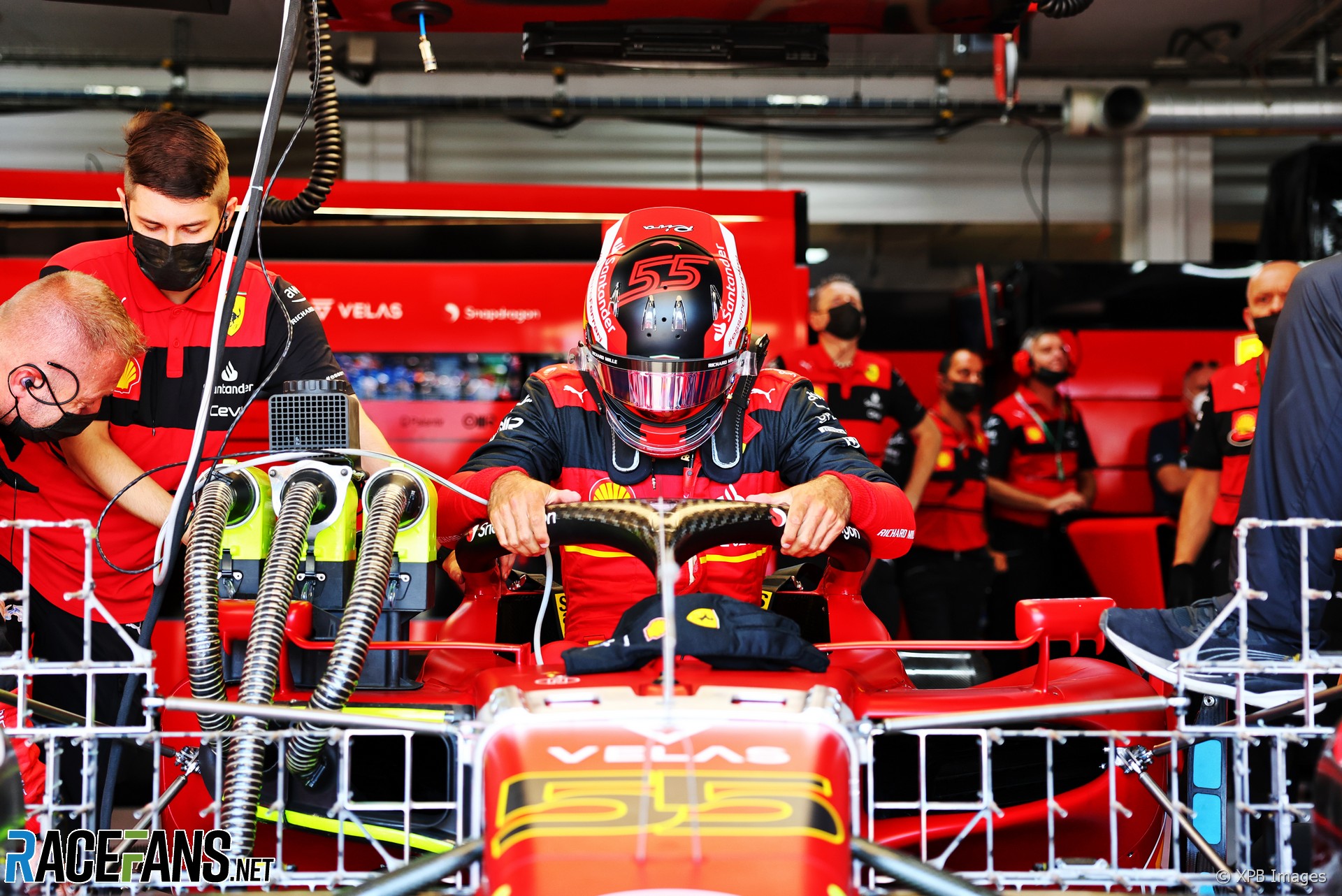 Sainz has been handed a 10-place grid drop after Ferrari installed a third control electronics unit in his car, breaching his allowance of two for the 2022 season. Speaking after practice yesterday he indicated Ferrari will opt to take further power unit penalties before the French Grand Prix, almost certainly meaning he will start the race from the back of the grid.

Asked if Ferrari would consider taking a new power unit and incur more penalties, Sainz said “We will see.”

“I mean, I took 10, so you can expect what’s coming next,” he continued. “I’m focussing more in the long run because I’m not going to be in that fight for pole position given the amount of penalties.”

Williams development driver Roy Nissany has been given a four-place grid drop for the Formula 2 sprint race at Paul Ricard for driving infringements during the practice session.

Nissany was handed a three-place drop for rejoining the track in an unsafe manner, overtaking Oliver Caldwell off-track at turn nine, and then subsequently blocking Enzo Fittipaldi. Nissany was then hit with a further one-place drop for obstructing Caldwell at turn 15 after the pair jockeyed for position.

As he qualified in 20th place, Nissany will therefore start the sprint race 22nd and last. He is now on a total of eight penalty points.

Herbert Diess, the Volkswagen Group CEO since 2020 and chairman of the board since 2018, has been replaced. Diess guided the group through the aftermath of the Dieselgate emissions scandal, in which it was found to have intentionally hidden the emissions of its diesel cars.

Earlier this year, Diess announced that the VW Group intended to enter Formula 1 with its Porsche and Audi brands. Those plans may not be jeopardised by the appointment of Oliver Blume as his replacement, as Blume was the first senior member of the VW Group to have publicly foreshadowed the entry.

Beitske Visser has been awarded her first pole position in W Series after provisional pole winner Jamie Chadwick was handed a two-place grid penalty for crossing the white line at pit exit.

Chadwick will start third on the grid, behind Visser and Nerea Marti, and ahead of Marta Garcia. Abbi Pulling – who sits second in the drivers’ championship after four races – qualified down in 12th place.

“The penalty was justified,” admitted Chadwick, who is seeking her seventh consecutive win in the series. “It was my mistake and I knew I’d done it straight away so I was a bit nervous about it in the session. It wasn’t anything intentional, with the low light and the way the white lines are with the reflections it was a bit hard to see.”

All of us at @AstonMartinF1 are devastated to hear of the passing of 18yr old apprentice, Jake Pedley.

Our thoughts are with Jake’s family, friends and colleagues at this hugely difficult time.

The team will carry Jake’s name on the AMR22 at this weekend’s French GP. pic.twitter.com/E6oBU5tdZd

Tom's mission was to give F1 a digital presence, and I think it's fair to say he succeeded in that 😀

F1 will miss you greatly 😔 pic.twitter.com/OsZQtHNFJ1

The FIA pays tribute to former Rally driver Paddy Hopkirk, who passed away at the age of 89. Starting his career in 1955, he won 5 Circuit of Ireland & the Rallye Monte Carlo in 1964. He was member of the @BRDCSilverstone since 1967. Our thoughts are with his family and friends. pic.twitter.com/UuLcin35Jd

Abbi Pulling: ‘It’s possible a woman can be in F1 in the next five years’ (Guardian)

"I think it’s possible a female can be in F1 in the next five years. I would like it to be myself but regardless, it shows the direction motorsport is going in and how positive it is on the female side at the moment."

"But F1 can be a cruel sport and there can simply be no room for sentiment when it comes to Ferrari's decision over a lead driver. At some point they will have to decide who to prioritise, and Leclerc has generally proven himself to be faster this year when neither car has suffered from reliability issues."

"I haven’t won a hundred races but I’ve won enough to kind of let people know that I can do this. I think one thing I’ve always shown is: give me a winning car and I’ll cross the line first. I feel like I’ve never left a win on the table."

"For the first time in its history, the F300 is now being publicly offered for sale at RM Sotheby’s Monterey auction next month. And considering it’s a) a red Ferrari, b) been driven by Michael Schumacher, and c) a bona-fide race-winning car, it’s gonna be expensive."

"Scanning Grant Park’s streets and crafting the circuit in iRacing prior to the event has allowed for problems to be discovered before NASCAR haulers arrive in July of next year. One key issue was the roughness of the streets, and iRacing provided NASCAR with three pages of notes on the track and recommendations for changes. Among those recommendations was a total repave of the track due to the roughness in some areas."

Why do some race winning drivers appear to struggle in some cars when they have previously looked imperious in others? Adaptability is a key trait, says @petebaldwin

The best drivers can adapt to what they’re driving. Look at someone like Alonso – he has massively changed his driving style over the years and has had a lot of success doing so.

Other drivers have success when a car suits them but when it doesn’t, they struggle. Vettel and Ricciardo are examples of that. They drive how they drive and if the car is a good match they’ll be quick.
petebaldwin