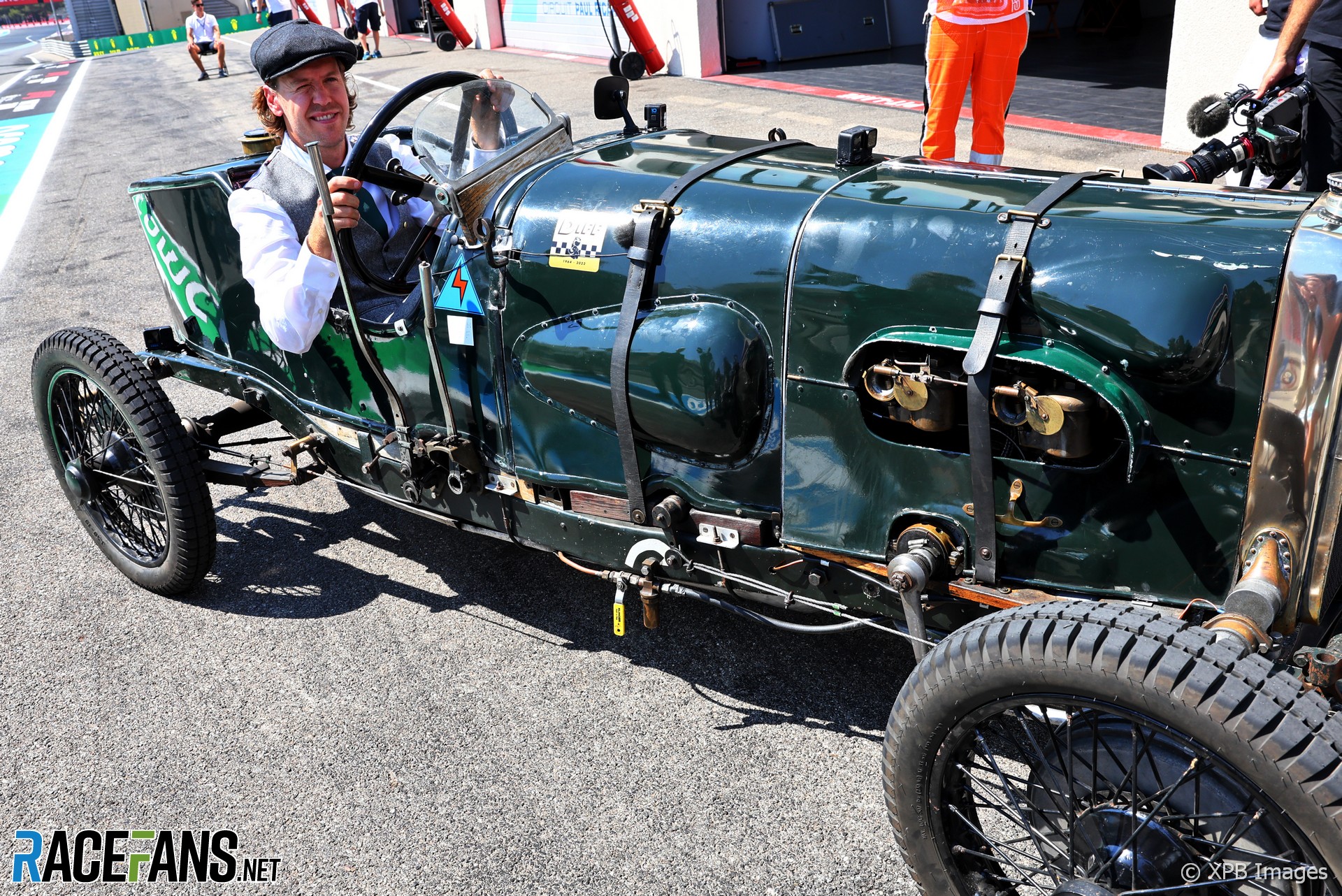 Sebastian Vettel believes his demonstration runs in cars using sustainable fuel show Formula 1 is being too slow to adopt a technology which is ready for introduction.

The Aston Martin driver demonstrated the company first grand prix car, 100 years after their debut in the French Grand Prix, at the Paul Ricard before this year’s event began.

“It was good,” said Vettel. “I think nowadays cars are fun but I think it would be nice to do a time travel and race in that era when you had to do so much co-ordination with your hands and with your feet and not just your driving.”

“It was great to have the same partner, the same company that was helping us a lot in Silverstone with Nigel’s car, with the Williams to buy the fuel,” he said. “And this time we had even less time to prepare.”

Formula 1 is due to introduce sustainable fuels in 2026, coinciding with the introduction of a new engine formula. It will trial the new fuels in Formula 2 and Formula 3 beforehand. However Vettel believes F1 could be more ambitious with its timetable for adopting the technology.

“It goes to show that it can be done, it is ready,” he said. “So you’re also asking yourself why, in Formula 1, we are so slow? If we always claim to be the best at everything, we are more than four years behind.”

Vettel has become increasingly vocal in recent years about his desire to see F1 cut its emissions. He said political factors are slowing the adoption of sustainable technologies in the sport and beyond.

“There’s still a lot of problems in this world and still money and politics prevent us from doing what often makes sense,” he reflected. “Formula 1 is no different.”

F1’s technical director Pat Symonds, who began looking into sustainable fuels in 2018, previously said the sport had to overcome “some reluctance” among “some of the oil companies” to embrace the technology.