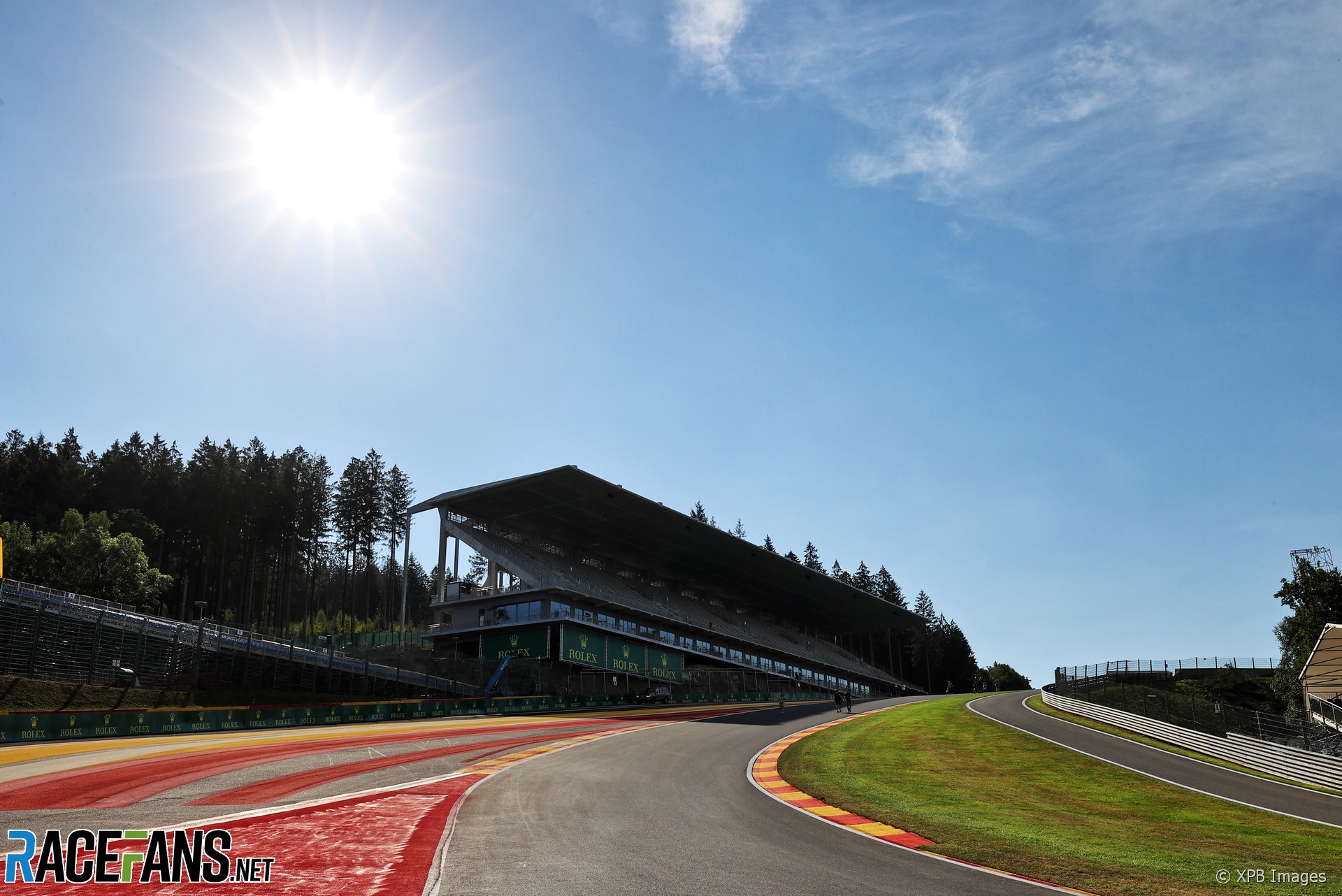 After last year’s Belgian Grand Prix was washed out due persistent heavy rain, fans attending the Spa-Francorchamps circuit this weekend should get to enjoy an actual race this year.

However, there is a strong risk that the opening practice sessions on Friday will be held in wet conditions. Local meteorology reports predict rain will fall over the seven-kilometre circuit during tomorrow’s opening day of track running.

Friday’s first practice session is scheduled for 2pm local time, which will put in the centre of expected rain showers that should begin just after midday. There is just under an 80% risk of rain to be falling when the green light illuminates at the end of the pit lane for first practice, with rain gradually decreasing in volume until second practice begins at 5pm local time.

The rainy conditions may not be appreciated by Liam Lawson, who is due to make his debut in an F1 practice session for AlphaTauri, driving Pierre Gasly’s car.

On Saturday, conditions should be dry and largely sunny for third practice and qualifying, with minimal risk of rain expected. Temperatures will only be mild for August, however, with the mercury hovering under 20C through qualifying day.

The weekend weather is predicted to be at its best for race day. That will come as a relief not just to teams and drivers but likely the fans and race organisers too, as last year’s race was abandoned after a persistent downpour meant just three laps were completed, all behind the Safety Car.

Forecasts expect that conditions will be near perfect for the start of the 44-lap grand prix, with ambient temperature reaching 20C when the cars line up the grid for the start. There is no rain expected for Sunday, meaning that the earlier FIA Formula 3 and F2 races should also be completely dry throughout.