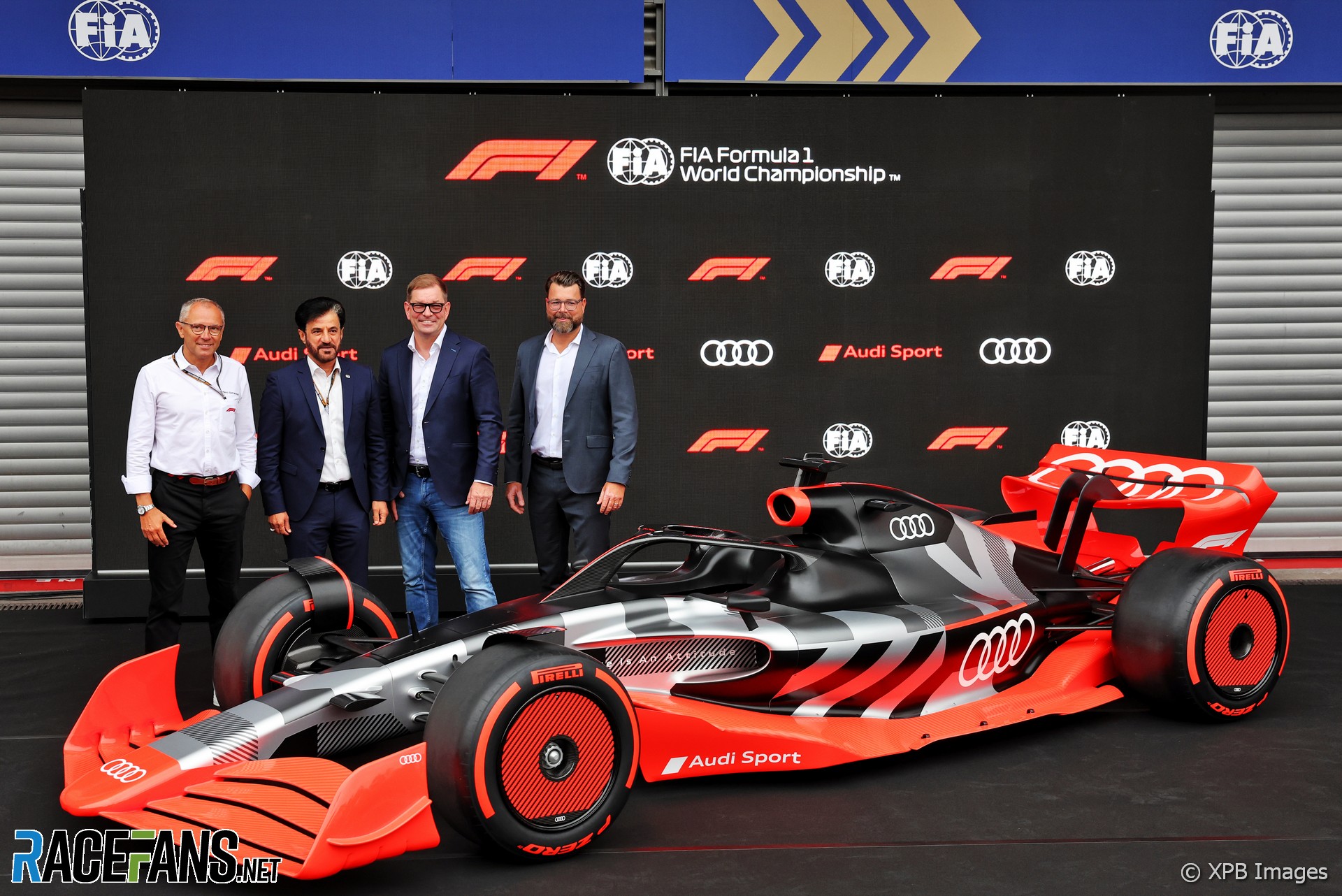 Audi’s entry into Formula 1 in 2026 has finally been officially confirmed.

Audi will join F1 as an engine supplier when the series introduces its new power unit formula in 2026. The regulations were confirmed by the FIA earlier this month.

“I want to officially announce that Audi has officially registered as PU [power unit] Formula 1 manufacturer,” said Duesmann. “So we will, in 2026, start racing in F1.”

“Racing motorsport is in the DNA of Audi,” Duesmann explained. “Audi has always been active and ben successful in motor racing.”

Audi has previously enjoyed success in the Le Mans 24 Hours, DTM, Formula E and other categories. “We want to continue this success story now in Formula 1,” said Duesmann.

“I think it’s a perfect timing, due to the new rules that were established, for us to enter F1. There are many aspects.

“One, we have decided to be a full electric car manufacturer. And F1 did change the routes in a way that we can hunt with a very high electric part of the power train with renewable fuels. And Formula 1 have installed a cost cap that makes it very attractive for us to enter now.”

Audi will build its F1 power unit at its Competence Center Motorsport in Neuburg an der Donau, near the company headquarters in Ingolstadt, Germany. The facility has suitable test benches for developing F1-specification engines as well as electric motors and batteries.

“For the development and manufacture of the Formula 1 power train, we will build on the valuable expertise of our motorsport employees, continue to invest in our motorsports centre, and also recruit highly specialised professionals,” said managing director Julius Seebach in a statement.

Adam Baker, who joined Audi from the FIA last year, will run the F1 project as CEO. The manufacturer is yet to confirm who it will supply its engines to. It is widely rumoured to be in the process of agreeing terms with Sauber, whose operation is currently branded by Alfa Romeo and uses Ferrari motors.

Domenicali said F1 had attracted the interest of “an iconic automotive brand, pioneer and technological innovator.”

“This is a major moment for our sport that highlights the huge strength we have as a global platform that continues to grow,” he continued. “It is also a big recognition that our move to sustainably fuelled hybrid engines in 2026 is a future solution for the automotive sector.”