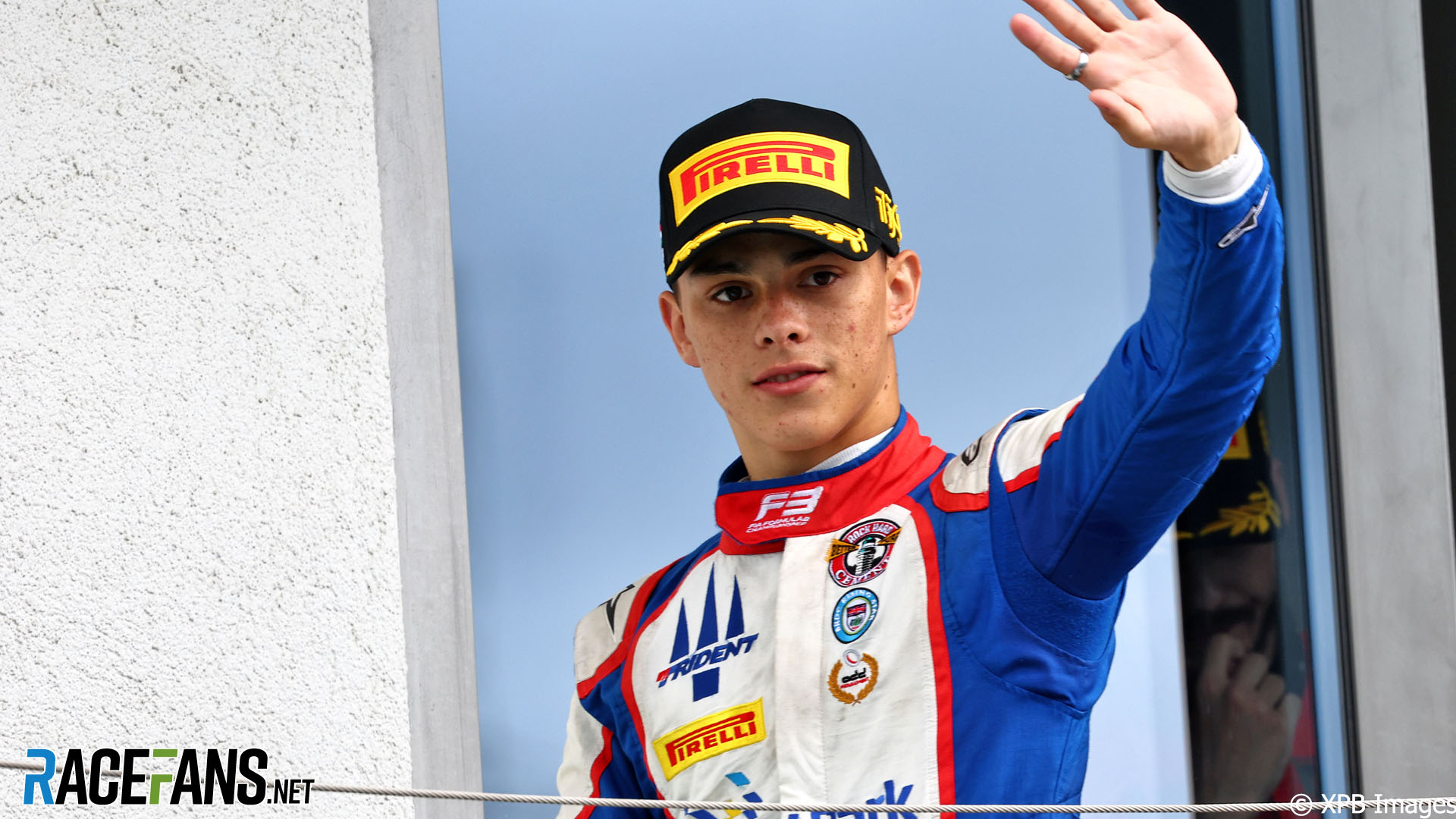 Zane Maloney, who was involved in a frightening accident during Saturday’s Sprint Race, took his first FIA Formula 3 win in the feature race at Spa.

Caio Collet had taken pole position, with Maloney alongside him on the front row. Collet got a good start but was immediately under pressure from Francesco Pizzi and Olive Goethe, who had started on the second row.

An early incident between Pizzi, Kush Maini and Victor Martins prompted the first Safety Car of the race. Martins’ race was over, the retrieval of his car lasting from lap two to six.

On the restart, Goethe was almost immediately overtaken by Collet. Oliver Bearman, who had started eighth, was also troubling Jonny Edgar for fifth. Collet, meanwhile, was issued a five-second time penalty for leaving the track and rejoining unsafely on the opening lap, relegating him heavily.

Meanwhile, Maloney was hunting down Goethe but green flag running was short lived, when Gregoire Saucy found the barriers out of Melmedy, prompting another Safety Car from lap seven to lap ten.

On the lap 11 restart, Maloney took the lead through Les Combes, leaving the drivers behind him to scrap for podium positions. Maloney comfortably led the remaining seven laps and became the first driver from Barbados to win in Formula 3.

Bearman finished third which, combined with his Sprint Race win and a generally atrocious weekend for championship leaders Isack Hadjar and Victor Martins, puts him now into second place, just two points behind Hadjar in the standings.

Formula 3 will decide its 2022 champion over the following two weekends, in Zandvoort and Monza.