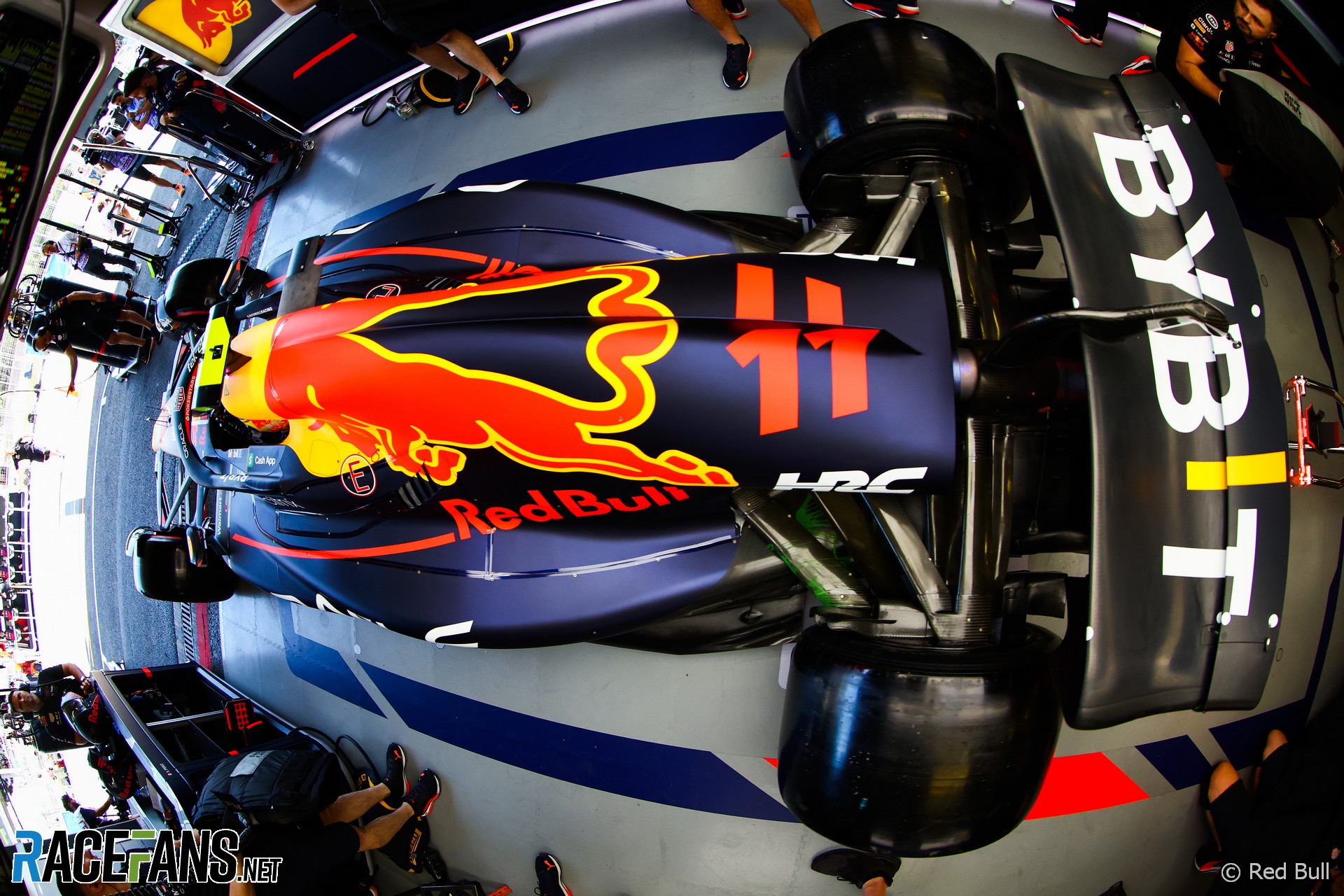 Red Bull is ploughing ahead with its own engine programme for 2026 and any new manufacturer which joins it will have to do so on their terms, says team principal Christian Horner.

He indicated Honda, which developed the V6 hybrid power units the team currently uses, has shown an interest in participating in F1 in some form in 2026. Red Bull has also been in discussions with Porsche about a tie-up when F1’s new engine rules are introduced.

Horner said his team is “pushing on with Red Bull powertrains” at its Milton Keynes base, where its 2026 power unit will be built.

“It’s making great strides with the fire-up of the first-ever Red Bull engine a couple of weeks ago,” he told Sky. “So 2026 is a long way away and we’re very focussed on our plan, on the engine that we’re producing with the talent that we’re bringing into the team.”

It isn’t guaranteed that Red Bull will team up with a new manufacturer, said Horner. “Any relationship with any manufacturer or partner would have to fit with Red Bull,” he said.

“I think we’ve got a great team. We’ve got strength in depth. We’ve got this exciting new chapter that we’re heading into on the powertrain side of the business. We’ve got some phenomenal talent that have joined the company. So we’re in good shape.

“Time will tell whether we embrace a partner into that programme or as the plan is present, continue on our own.”

However he admitted Honda have shown interest in recommitting to the F1 project which they shelved at the end of last year, despite having built the power unit which took Max Verstappen to the world championship. Honda Racing Corporation last month extended its contract to provide technical support to Red Bull until 2025.

“Honda obviously withdrew from Formula 1, they’ve kept a toe in with the agreement we have with HRC, they’re making noises about 2026.

“But obviously, our train has left the station. We’ve committed to that investment within Red Bull Powertrains we’ve [got] circa 300 people now working on that 2026 engine. So it would need to fit any agreement with any potential partner or [manufacturer], with that and with the whole team being under one roof and the synergy benefits that have our chassis designers sitting next to engine designers.”

The Volkswagen Group brand’s sibling Audi confirmed last week it will produce a power unit for F1’s next formula. “It’s great to see Audi coming into the sport,” said Horner.

“But anything that Red Bull would consider would have to fit with the long-term strategy of the team. And as I said, there’s plenty of time ahead.”