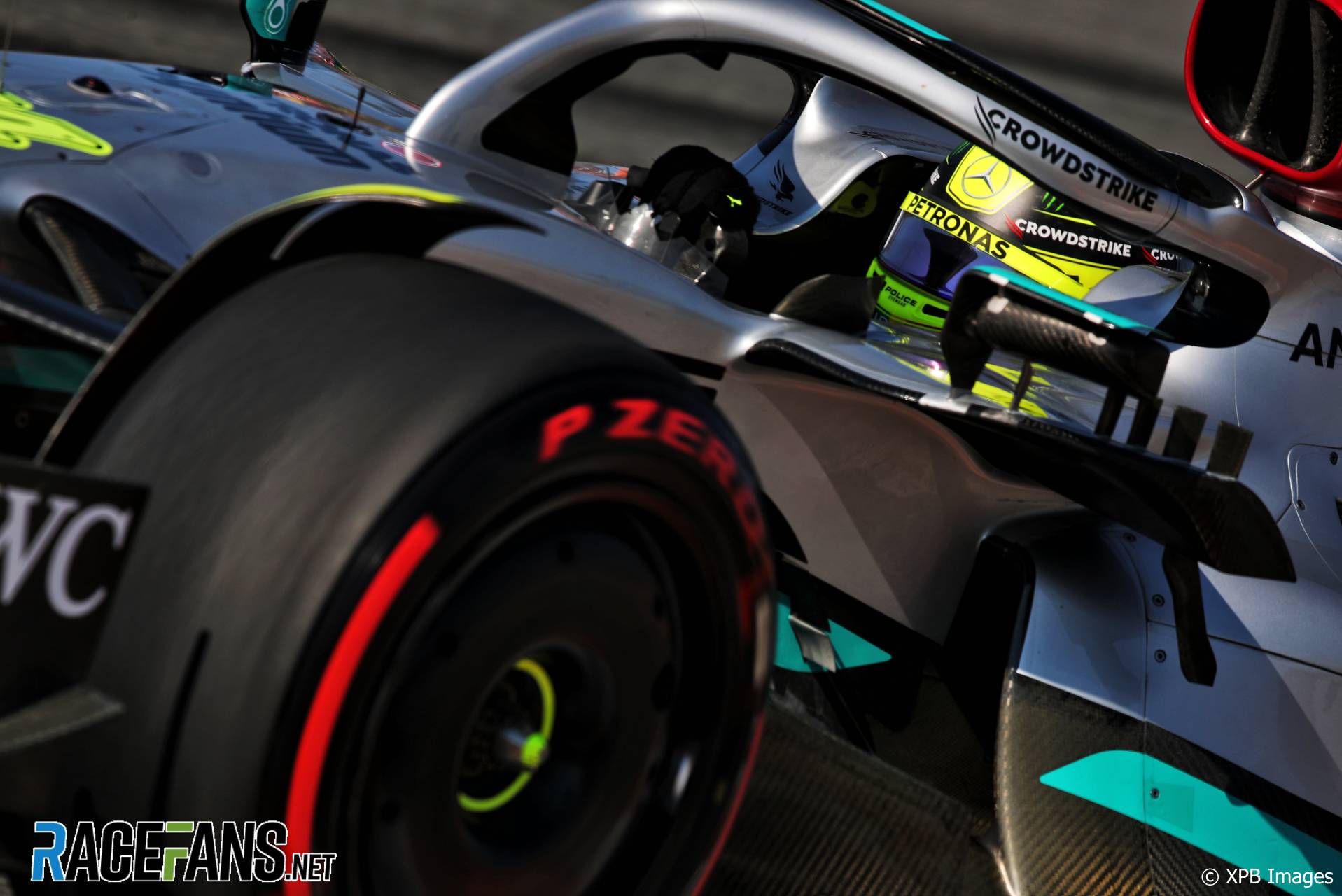 Lewis Hamilton believes the yellow flag he encountered at the end of qualifying for the Dutch Grand Prix cost him a chance of starting on the front row of the grid.

The Mercedes driver was on course to improve his time on his final lap during Q3 until he came across Sergio Perez who had spun at turn 13. Yellow flags were displayed which forced Hamilton to back off.

Hamilton ended the session fourth, three-tenths of a second off pole position. While team principal Toto Wolff suggested pole might have been possible without the yellow flag, Hamilton wasn’t sure.

“I think that’s highly optimistic,” he said. “I think that was still a bit too quick. But I think front row was possible.”

However Hamilton is pleased Mercedes are in far more competitive shape at Zandvoort than they were at Spa-Francorchamps a week ago.

“We’re much happier coming in this weekend to have a car that’s potentially fighting for a front row,” he said.

“I don’t understand [how] one weekend it can be so far off and the next weekend, all of a sudden, we’re right there. So I think it’s confusing for sure.

“But lots of positives to take from today. I think if we hadn’t had the yellow flag we’d have been hopefully potentially fighting for the front row, so that’s really positive.”

Mercedes’ improved performance in qualifying raised Hamilton’s hopes they will be more competitive in the race. “I hope that [as] we closed the deficit in the single lap, if that can then reflect to our race pace, that’ll be awesome.”