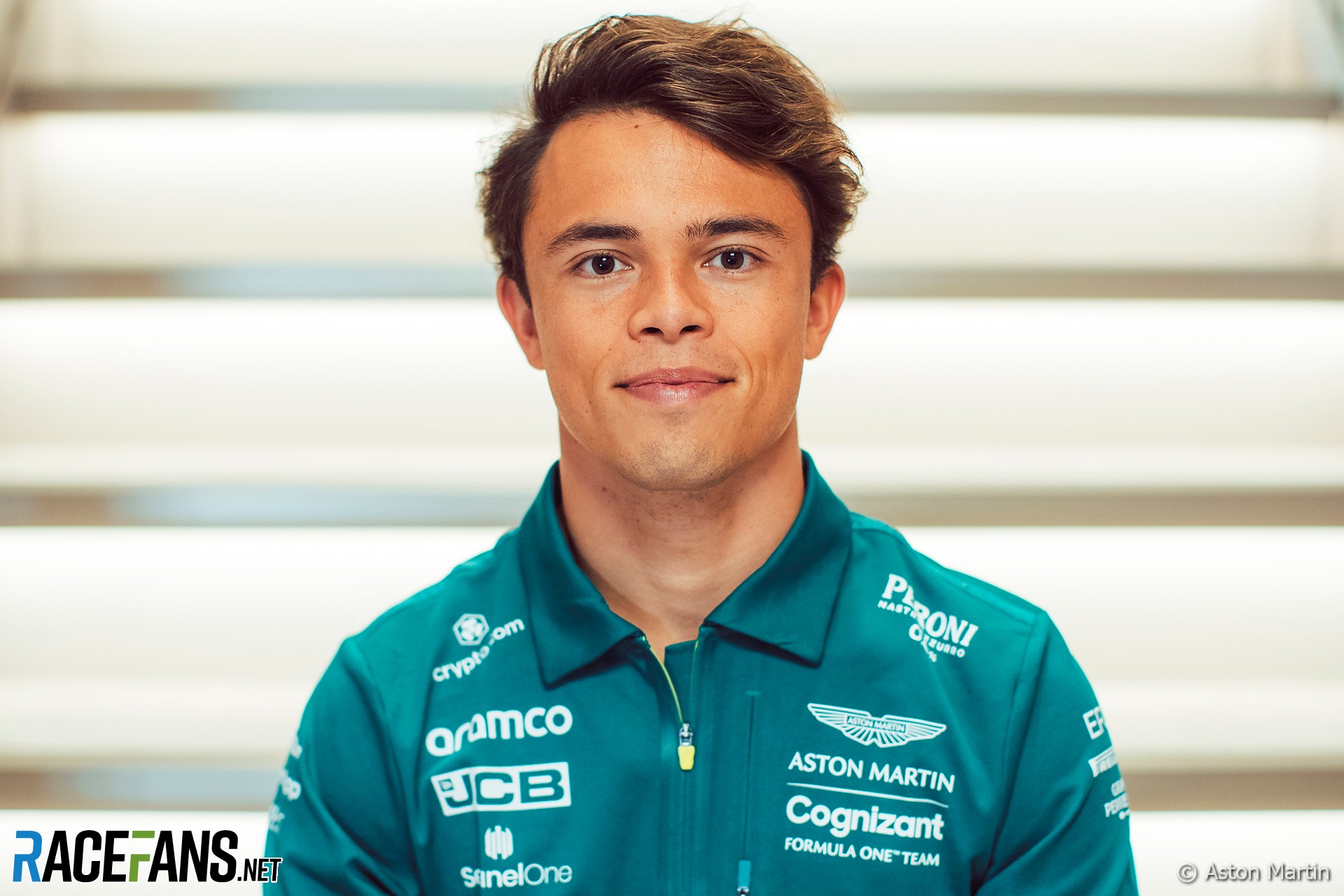 Mercedes’ 2020-21 Formula E world champion and 2019 Formula 2 champion has already made two practice outings in F1 this year, driving for Mercedes customer team Williams at the Spanish Grand Prix and Mercedes themselves at the French Grand Prix.

Each of his appearances have come as part of a new-for-2022 line in F1’s sporting regulations that requires all teams give up two practice sessions across the season to drivers with less than three grand prix starts to their name.

De Vries will take over Sebastian Vettel’s car at Monza. The Mercedes reserve has already been working with Aston Martin in the team’s simulator to learn their car.

“I am really looking forward to driving for Aston Martin F1, particularly at such a legendary circuit as Monza,” said de Vries.

“It will be my third FP1 session of the season, and in the third different F1 chassis, and these opportunities have given me a fantastic insight into how F1 cars and teams function and operate. I hope I can bring a fresh perspective to the Aston Martin F1 team and can undertake a run programme that proves beneficial to us both.”

Aston Martin had faced a dilemma in finding drivers for the free practice rule, as there is no young driver development programme aligned to the F1 arm of the brand. Aston Martin Racing, which competes in GT sportscar racing, does have its own academy.

Aston Martin’s F1 team principal Mike Krack said he has “watched Nyck’s career with great interest” as he has taken two major titles in the last three years. “He drove brilliantly to win the F2 title in 2019 and underlined his class by winning the FE world championship in 2020-21, so we are looking forward to gaining his perspectives and insights about our car.

“His achievements show that he clearly deserves a shot at F1 – and, hopefully, this opportunity to get behind the wheel of the AMR22 will allow him to showcase his abilities to the wider world.”

Aston Martin’s 2023 F1 line-up is already confirmed, with Fernando Alonso replacing the retiring Vettel alongside Lance Stroll. De Vries has not been guaranteed a second FP1 run with the team. He has already been linked to moving to Williams to replace Nicholas Latifi next year, and as Mercedes have left FE, his future in that series is yet to be announced.