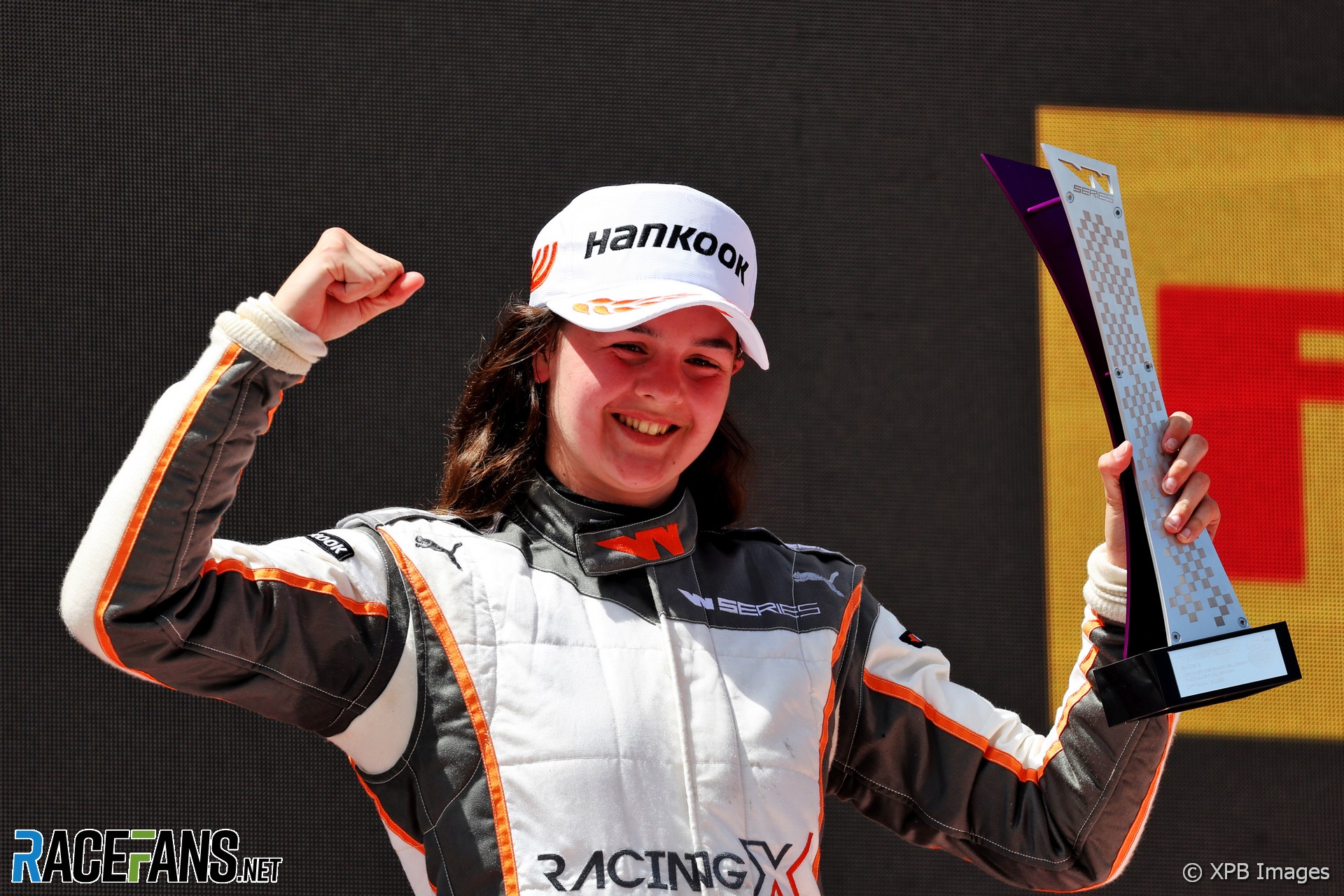 The FIA Formula 3 Championship is organising another private test for female drivers, at the Magny-Cours circuit in France.

Four new names have been invited and each will get a full day in the Dallara F3 2019 car. Two drivers will take to the track on September 16 and the other two the following day.

Pulling has taken a pole and three podiums in W Series, as well as seven podiums in British Formula 4 before that. Al Qubaisi is a six-times race winner in F4 United Arab Emirates. Chambers competed in United States F4 last year, and Babickova has graduated to Formula Regional straight from karts.

“It’s very important to us to ensure that more and more female drivers join our championship,” said FIA F3’s CEO Bruno Michel. “Diversity is one of our key discussions regarding the future of motorsport.

“We initiated these dedicated F3 tests last year, with Nerea Marti, Doriane Pin, Irina Sidorkova and Maya Weug, who all said how beneficial this one-day test had been to their understanding of the demands of our championship. We selected four new drivers for this year, as we follow closely not only the W Series, but also female drivers in other categories.

“The purpose of this test is not to compare their performance, but it is an opportunity for them to understand what is required from an F3 driver from every aspect, so that they can prepare for the challenges when they progress to our championship, hopefully in the near future.”

Al Qubaisi said she “aspires to drive in this championship next season if all goes well”. Babickova, who made her debut in car racing this year, said: “I’m still a rookie formula driver, so for me, this invitation to the FIA F3 test is a recognition of my training and racing commitment so far, and it’s a great motivation for the future”.