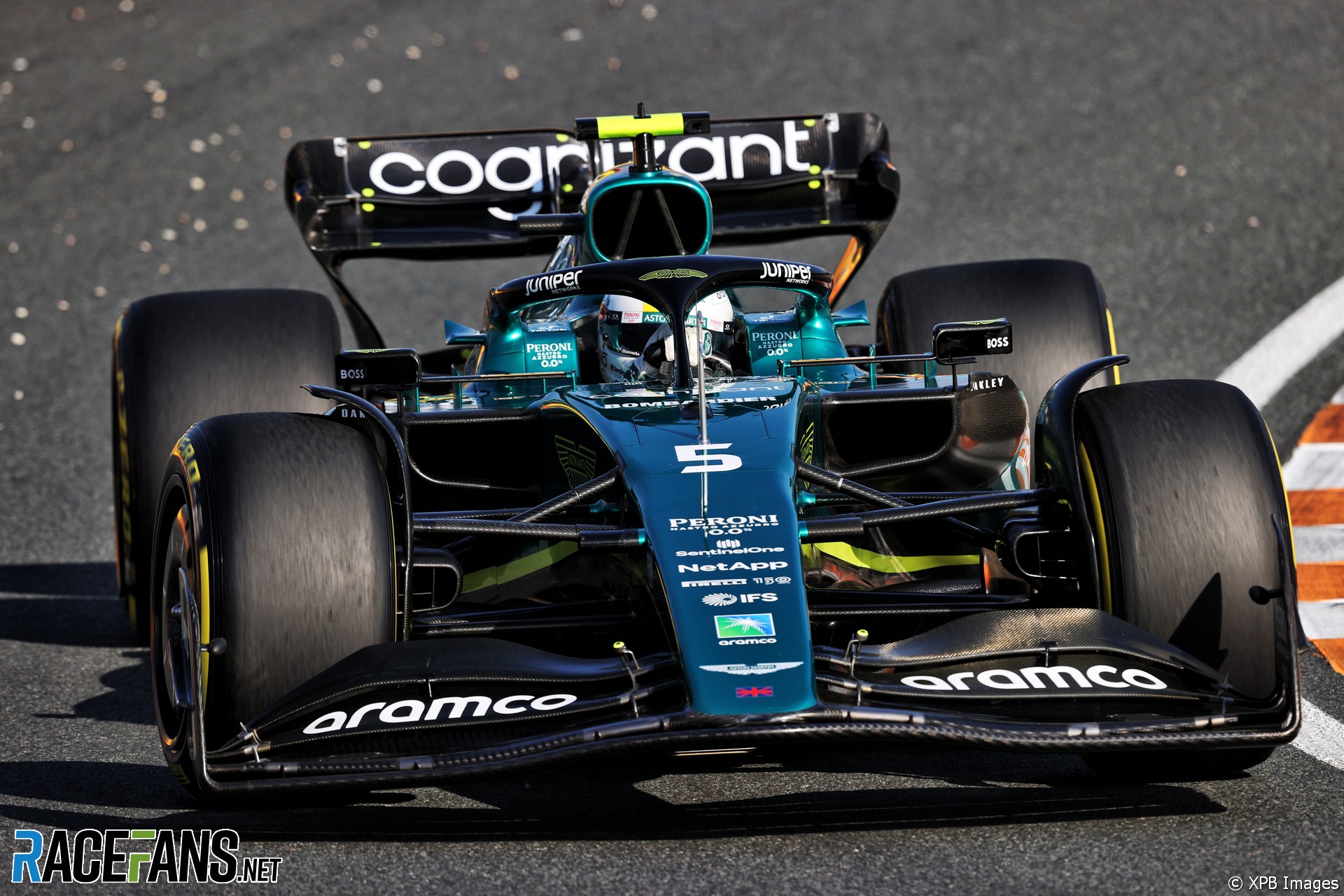 Aston Martin expect the coming races on circuits which demand a high-downforce set-up will play to the strengths of their AMR22.

The team lacked pace at Monza, which demands the lowest downforce trim of any track, but were more competitive at Zandvoort a week earlier, where cars ran with steeper wings.

However misfortune compromised their Dutch Grand Prix weekend. Sebastian Vettel was eliminated early in qualifying after hitting a patch of dirt kicked up by his team mate on his final lap, while Lance Stroll reached Q3 but suffered a hydraulics problem before he could set a time.

Aston Martin team principal Mike Krack expects Singapore, a track which demands maximum downforce levels, will offer an opportunity to restart the points run which was interrupted by their failure to score at Monza.

“I think we have a couple of races to come where the car will be more competitive,” he said. “You have seen in Zandvoort the potential to go into Q3 was there, Sebastian had obviously an issue in turn 13 that prevented him to move forward. At this point he was on the same lap time as Lance. So we had the potential and I think this is also encouraging for the races to come.”

Krack is hopeful Vettel, who won F1’s last race at Singapore three years ago, will have a chance of taking a good result with the team before he retires from the series in six races’ time.

“I think Singapore was always a track where he performed very well,” he said. “So we have high hopes that we’ll achieve something good with him from now to the end.”

The AMR22 generally performs better at tracks like Singapore, and the following venue Suzuka, which require more downforce, said Krack.

The team couldn’t find a way around their inherent lack of performance at Monza, he admitted. “The way the car is, we knew that it was going to be very difficult,” he said.

“In practice we played around with wings: different wings, big wings, more wing. But we were always exchanging corner speed for straight-line speed without increasing the overall performance.

“At the end, we decided to go for the for the straight speed. But the car was very difficult in the race with a lot of sliding. The tyres suffered quite a lot and to be honest, we really we didn’t have the pace.”