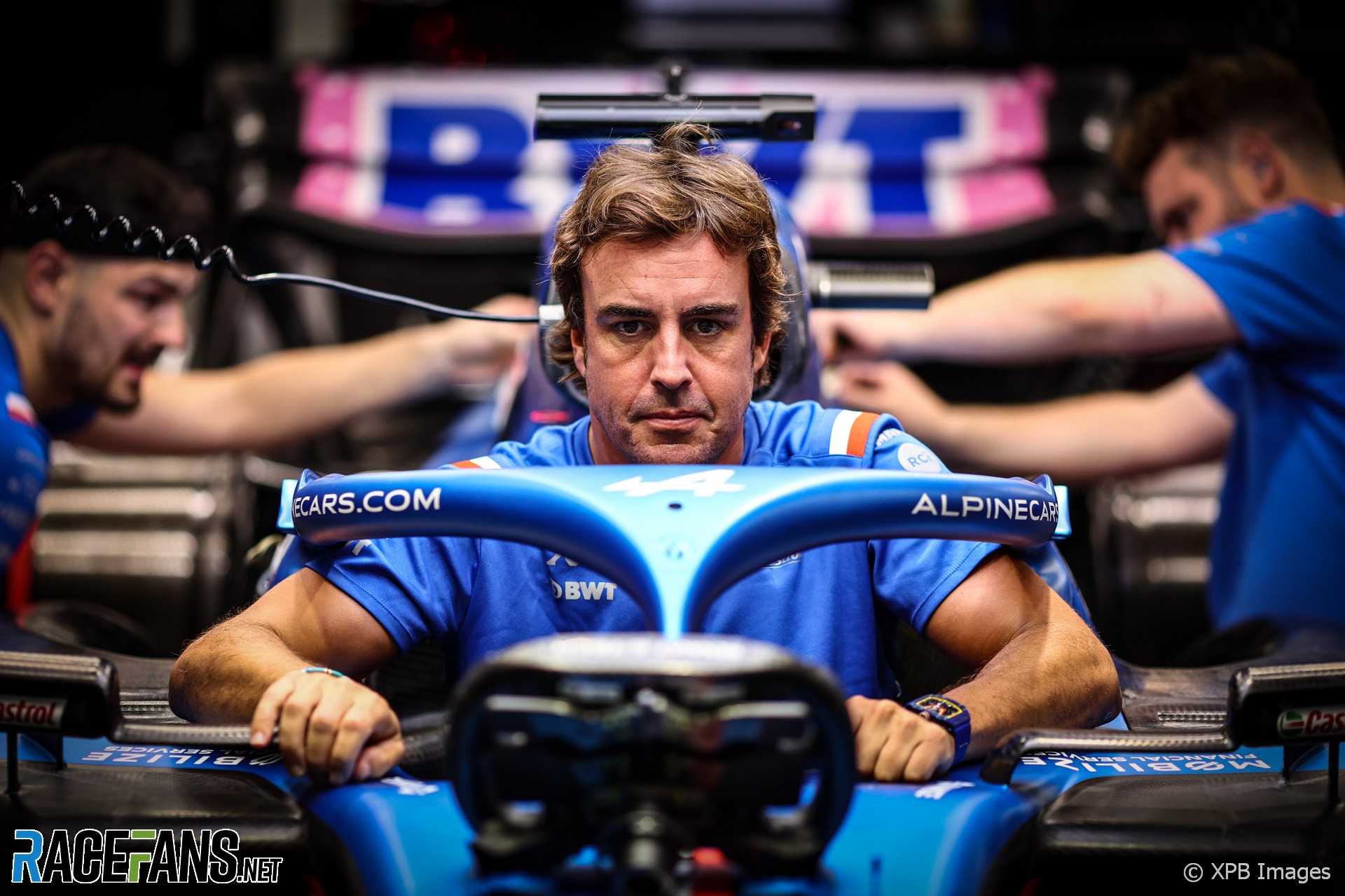 Fernando Alonso’s age will not diminish his drive to success when he joins Aston Martin next season, says Pedro de la Rosa.

The double world champion will depart from Alpine at the end of 2022 and move to Silverstone to join Aston Martin. His friend and former colleague De la Rosa has recently also joined the team as a brand ambassador. The pair previously worked together at Jaguar, McLaren and Ferrari.

Asked by RaceFans how important their strong working history would be for their efforts to help bring Aston Martin to the front of the field, De la Rosa said that there will be many familiar faces for Alonso when he joins the team after the end of the season.

“I haven’t spoken with Fernando that much, since [joining Aston Martin],” said De la Rosa. “But I’m very excited, he knows that.

“To an extent, I think he’s also happy that I’m in the team. I think that if I’m here, it’s also because of him. There’s nothing better for a person, for an ex-driver like myself, than when you turn up [and] there are many people that have worked with you in the past. There’s nothing better than to feel that those people, that know you better than anyone, want you back.

“This is a feeling I’ve had here, but not because of Fernando – there’s many other guys I’ve worked with in the Formula 1 paddock in the past 15 years that are inside Aston Martin in every department. So it makes me extremely proud that Aston Martin has called me and that they want me in the team, mainly because I have worked with these guys, with these people, and Fernando is one of them of course.”

Alonso will join Aston Martin on a multi-year contract beginning in the 2023 F1 season, at the age of 41 – the same age De la Rosa was during his final season in F1 with HRT back in 2012. Despite Alonso joining a new team at an age that is rarely reached by active drivers, De la Rosa has no doubt he remains one of F1’s elite drivers.

“I’ve always said there are possibly three drivers that are special in Formula 1,” he said. “I won’t say which names – I’m pretty sure you will know most of them, it’s not that difficult – but Fernando has always been there.

“I’ve always said that Fernando is one of the best drivers in the history of Formula 1. When I said this a few years ago, everyone thought I was crazy – but I’m still crazy because I think he’s unique. He’s fully motivated, which is also a very, very, very important detail in the life of a Formula 1 driver, especially when you get to 40 years old. And I’ve been there before – I’ve been there at 40 as well, so I know a bit. That’s why I think Fernando arrives in the best of his talent and his peak of performance.”

Alonso’s long history in Formula 1 has seen him endure tumultuous times with various teams, notably at McLaren in 2007, which led to his departure from the team. After a stint at Ferrari he surprisingly returned to join McLaren-Honda, where he never spared the Japanese manufacturer’s blushes regarding the shortcomings of their early V6 hybrid turbo power units.

However De la Rosa believes Alonso is a strong team player, as long as he perceives that those around him are as highly motivated to succeed as he is.

“I don’t think that Fernando is a difficult guy to handle,” De la Rosa said. “He’s just very genuine, very honest. The fact that English is not his native tongue sometimes makes him a bit harsh when he tries to describe things, but he’s very honest.

“What he tells you is what he feels about the car, about the team, about how to be competitive. So as long as you always tell him exactly what’s going on and what is the truth, you will never have a problem with him.

“But the moment you try to hide information or he feels that you are trying to keep some information aside, you will have problems. He’s just a very competitive individual – that’s the reality. If you are as competitive as him, you won’t have any problem with Fernando.”