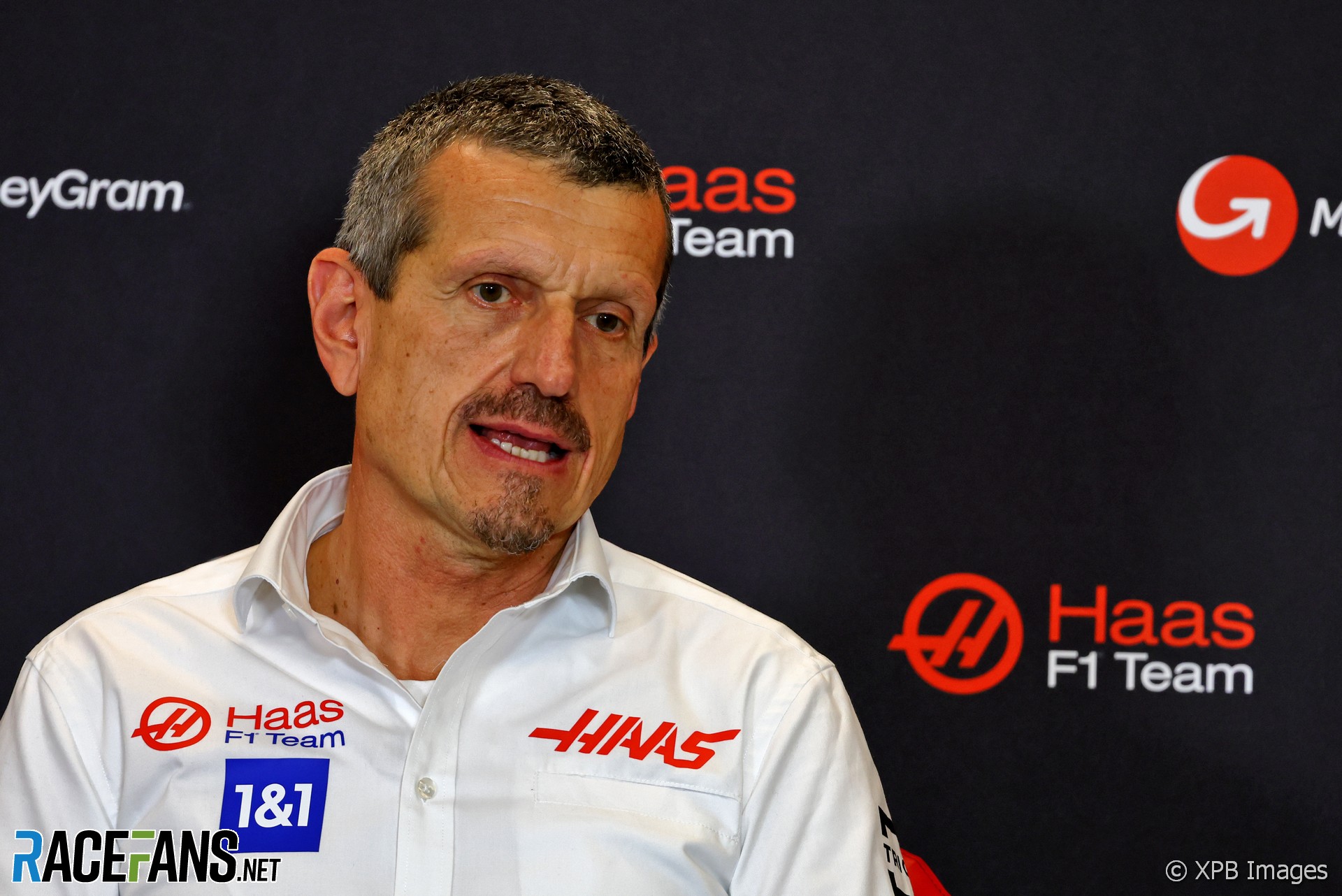 Red Bull should receive a penalty which cancels out any advantage they gained if they exceeded the budget cap, Haas team principal Guenther Steiner has said.

The FIA announced last week Red Bull had overspent during the 2021 season and committed a procedural breach of the Financial Regulations which were introduced last year. The team disputes the charge.

As Red Bull could be the first team to be punished for exceeding the budget cap, the FIA faces the difficult decision of how to penalise them in a such a way which discourages others from exceeding the spending limit in the future. Steiner, who was part of Red Bull’s technical team during their first season in F1, said the infringement should be considered “cheating” because “it is like going underweight [or] using too much fuel.”

He pointed out Haas had been excluded from races for technical infringements in the past. Kevin Magnussen lost eighth place at the Circuit of the Americas in 2018 because he exceeded the maximum fuel limit and his team mate Romain Grosjean lost sixth place at Monza the same year when part of his car’s floor was found not to comply with the technical regulations.

“We got excluded from a race because of a radius of three millimetres on a part which didn’t make a difference going faster or not,” said Steiner. “So it is cheating.”

However while breaches of the technical regulations result in disqualification, the FIA has a range of penalties to choose from to penalise a team which breaks the financial rules.

“As the rules are written, the penalties, we need to respect them as well,” said Steiner. “There it is not written [that] if you cheat you are excluded, so there you need to find the right penalty for that.”

Steiner wants to see a penalty which deprives Red Bull of the benefit they may have gained by over-spending. “There needs to be a penalty for that,” he said. “It needs to come out somewhere because they obviously gained an advantage by spending more money.

“So you need to take that advantage away: Taking budget cap money away or wind tunnel runs away or something like this should happen if they cheated.”

McLaren Racing CEO Zak Brown wrote to the FIA, F1 and other teams last week calling for stiff penalties for any team found to have exceeded the spending cap. Steiner, who received a copy, said “I don’t know if it was needed, this letter, or not. Everybody can do what he wants and Zak did. If he felt that’s what he should be doing, maybe he was right.”

“I think if you don’t know what we are talking about and how much is cheating, I always have an opinion ‘innocent until proven guilty’,” Steiner continued. “Maybe he knows more than me.

“But this stuff, I think I live with the authority. He felt that this is something to do and I think if he wants to do it, it’s fine.”