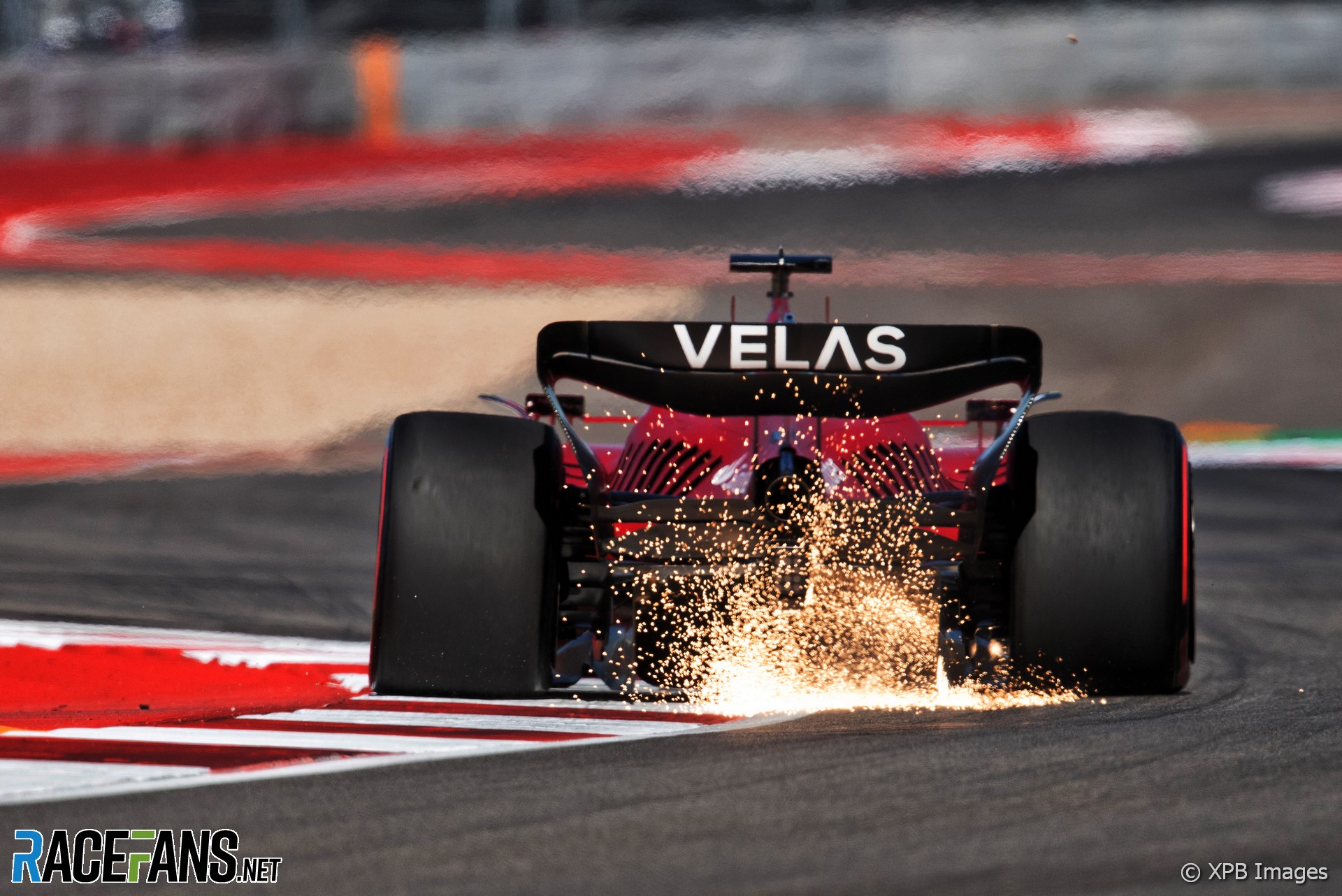 The notorious bumps at the Circuit of the Americas have improved this year, Formula 1 drivers say, but their stiffer cars will make the race as uncomfortable as ever.

The Austin track has long had a reputation for being one of the bumpiest on the F1 calendar. The race promoters have regularly worked on its surface to ease the worst of its bumps.

George Russell says they have made clear progress this year. However due to the changes in the technical regulations which have led teams to run much stiffer suspension this year, the ride is no better.

“They’ve made a very good improvement, to be honest,” Russell told media including RaceFans after qualifying. “I think naturally these cars are a lot worse than last year and it feels kind of the same.

“So if you take into consideration how much worse the cars are the track surely is the improvement. So we all appreciate that.”

He believes the bumpy ride is “just inevitable in this generation of cars”, which use the airflow beneath the floors to generate much of their downforce. “It’s really, really tricky to drive.”

Reinforced concrete and steel bars were installed at turns two and 10 in an effort to lessen the worst of the bumps. The track was also resurfaced between these two corners, and from turns 12 to 15.

Sergio Perez also believes the changes have been an improvement, saying drivers “would be bouncing eight metres with this car” without them.

One challenging spot remains at the exit of the first corner, according to Perez’s team mate Max Verstappen. “The bumps around here [are] not like normal bumps you get on a track just by running and the cars grinding,” he explained. “Here, the earth is moving a lot more and it makes it quite difficult in some places to drive in general. So probably that also makes turn one quite a bit harder again, this year.”

However in the 19th race weekend for F1’s 2022 cars, Fernando Alonso says the drivers are by now well used to how uncomfortable the ride is.

“It is very bumpy and very harsh,” he said. “But we are used to it in a way this year.

“I think if we do like a winter test here last year, we will be amazed. Now we accept it, that it’s very, very hard and very stiff. But it’s not easy. I think [it’s] going to be a very physical race again.”