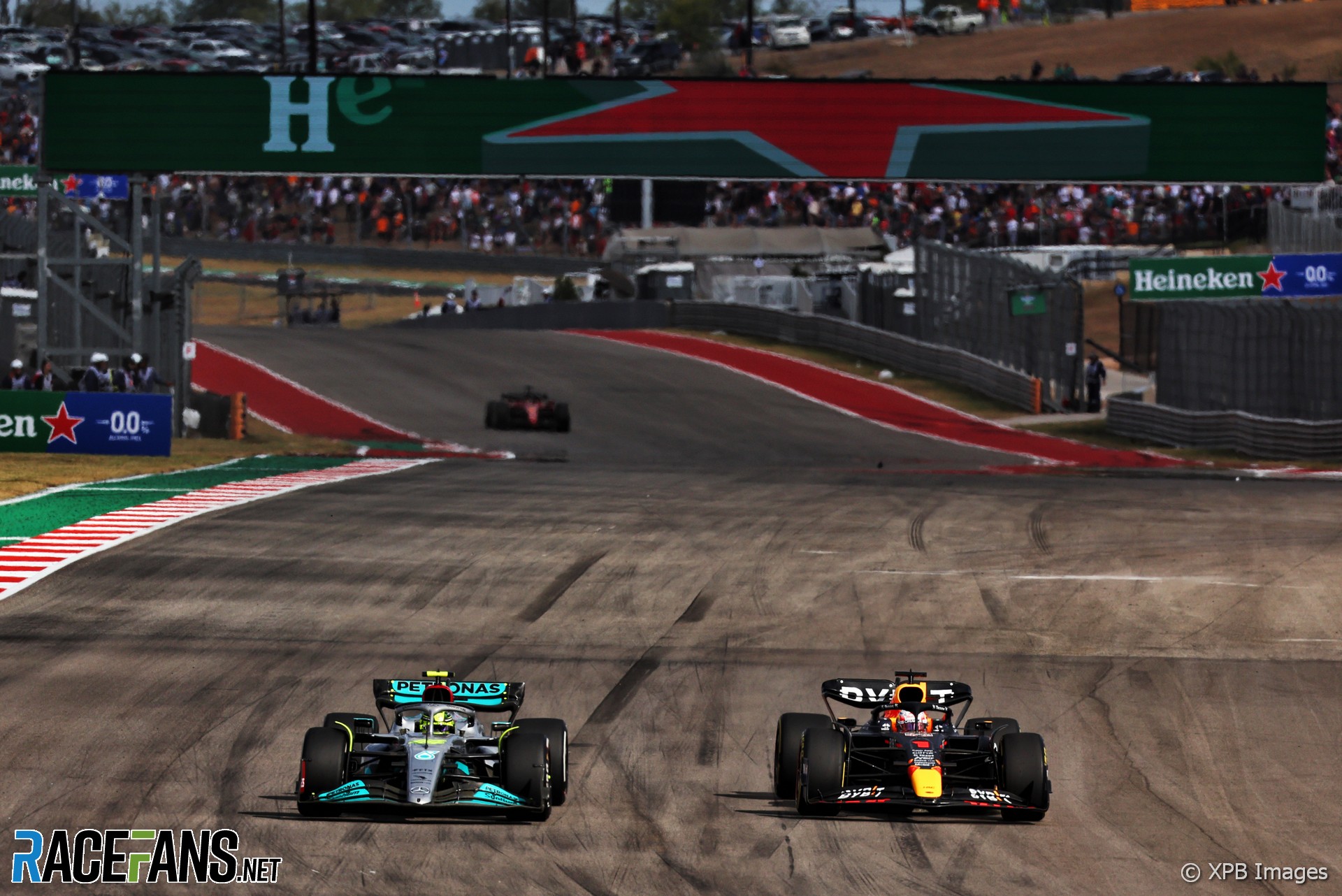 Hamilton took the lead of yesterday’s race after long-time leader Verstappen was badly delayed by a slow pit stop. Verstappen was six seconds behind Hamilton when he rejoined, and had to pass the Ferrari of Charles Leclerc to catch the Mercedes.

Wolff felt the team had a chance to win their first race of the season. “When they were six seconds behind him, and it felt like they can’t really eke out enough, I felt that [we could win],” he said.

But there were still 17 laps to go once Verstappen passed Leclerc. The Red Bull driver was within five seconds of Hamilton and on medium compound tyres to the race leader’s hards. Wolff said from that moment he expected Verstappen would catch and pass Hamilton.

“Lewis had a tyre deficit on the hard because we simply didn’t have any mediums anymore,” said Wolff. “And still holding on to a potential win felt feasible at that stage. But then once Max was past Charles and he couldn’t fight back, I think it was just waiting for it to happen.

Hamilton said there was no way he could keep Verstappen behind once the Red Bull driver got within DRS range.

“They’ve been so fast on the straight,” he said. “Under DRS they’re like 35kph faster than us. If we’re behind them, we’re like, 22kph faster, I think it is, with DRS on the back straight. So he came from a long, long way back.

“But even without the DRS, I think they’re still something like 8kph up on us, so we’ve got a lot of time being lost on the straight, probably four tenths at least a lap. So we’ve got some improvements to make for next year’s car.”

However Hamilton admitted he briefly thought his first win of the season might be possible. “For a second I thought maybe we might just be able to hold on to it but I think that extra medium tyre they had was just a little bit too strong compared to us.”