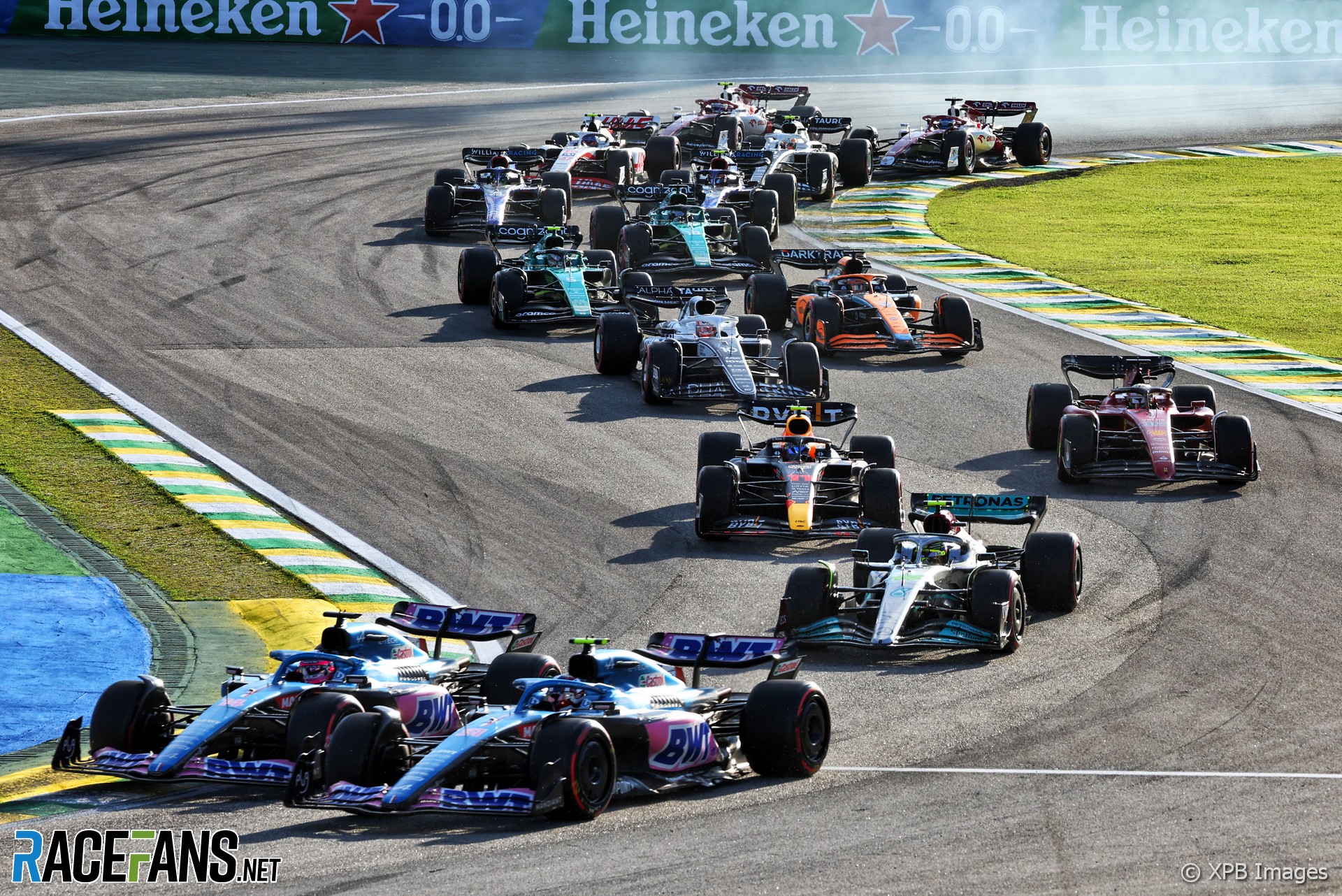 The Brazilian Grand Prix stewards are investigating one of two collisions between the two Alpine drivers in today’s sprint race.

The stewards decided not to investigate an incident between the pair at turn one on the first lap but are looking into their subsequent clash on the main straight.

The pair went side-by-side through the first two corners before Fernando Alonso tried to pass Esteban Ocon on the outside of Descida do Lago, turn four. Alonso ran wide onto a kerb and nearly lost control of his car.

He tried again to pass Ocon in the flat-out curve which brings drivers onto the main straight but clipped his team mate’s right-rear wheel. That left Alonso with front wing damage which forced him into the pits.

Ocon also suffered bodywork damage and finished out of the points. He said it was “unfortunate for the team, really, what happened” as the team gave away points to McLaren, their closest rivals in the championship.

“We were in a good position, we are now at the back with a lot of work to do tomorrow,” he told Sky. “So it’s going to be important to work together tomorrow to come back through the field. We’ve done that a thousand times in the last two years.

“It is unfortunate what happened on lap one, I was trying to attack the McLaren, took my line into four and Fernando came out of nowhere from the outside, so we touched and from there on, my race was pretty much over.”

Alonso said the contact on the first lap ruined his race. “Obviously it’s far from ideal when you touch on the first lap in the sprint race because it’s too short just to come back without any Safety Car or anything.

“On the positive side, the pace was very good today, close to the leaders actually, so we could recover a few places. P15 tomorrow to start the race and if we have this pace, we can still score points.”

The two-times world champion, who will leave Alpine at the end of the year, said he wasn’t interested in talking to Ocon. He pointed out the pair have had close incidents previously during the season, noted Ocon had clashed with Sergio Perez while the pair were team mates at Force India and recalled his team mate’s 2018 collision with Max Verstappen at Interlagos.

“It happened to him with Perez, with Verstappen here unlapping himself. So, it’s one more race.”