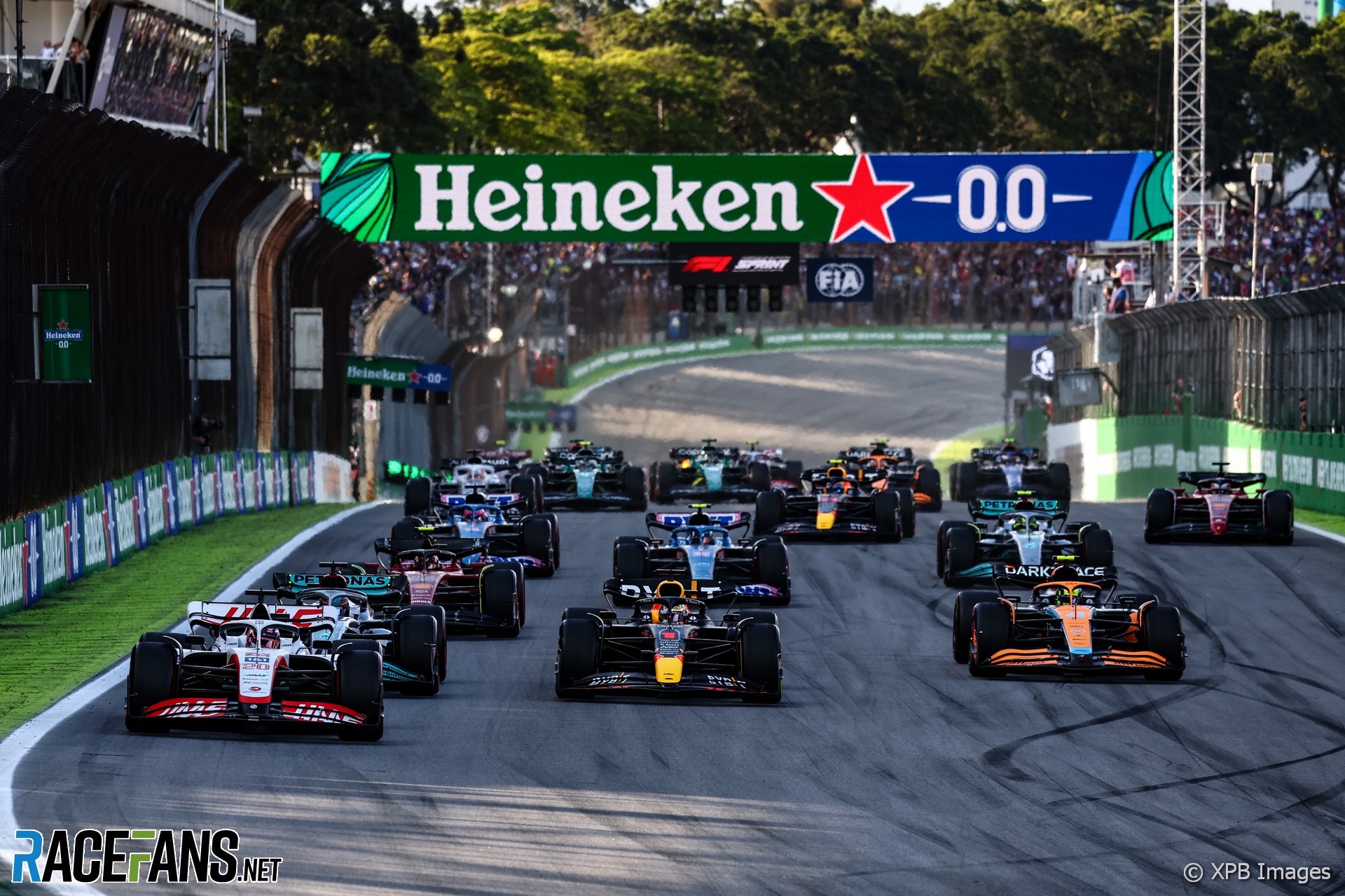 The Brazilian Grand Prix stewards have decided to take no action against any drivers who may have been out of their starting positions on the grid for today’s sprint race.

During the race the stewards announced they were looking into whether Lewis Hamilton, Daniel Ricciardo and Zhou Guanyu had failed to line up correctly for the start of the race. The rules state that when the start signal is given the car “must be stationary at its allocated grid box with no part of the contact patch of its front tyres outside of the lines (front and sides) at the time.”

After examining footage of the start and checking the dimensions of the grid boxes, the stewards decided no driver had gained an advantage and no penalties would be issued.

“The stewards reviewed the start sequence, as it was observed that multiple cars were potentially out of their grid box in violation of Article 8.6.1.a) of the FIA International Sporting Code, being either to the left or right of the grid box,” they explained.

“Having reviewed all available angles of video, and making measurements on the grid, the stewards noted that the grid boxes were slightly smaller than usual and that the drivers’ visibility makes compliance extremely difficult and that no driver was in a position that gained any advantage. The stewards are therefore satisfied to take no further action.”

23 comments on “Hamilton and others avoid investigation over grid infringements”