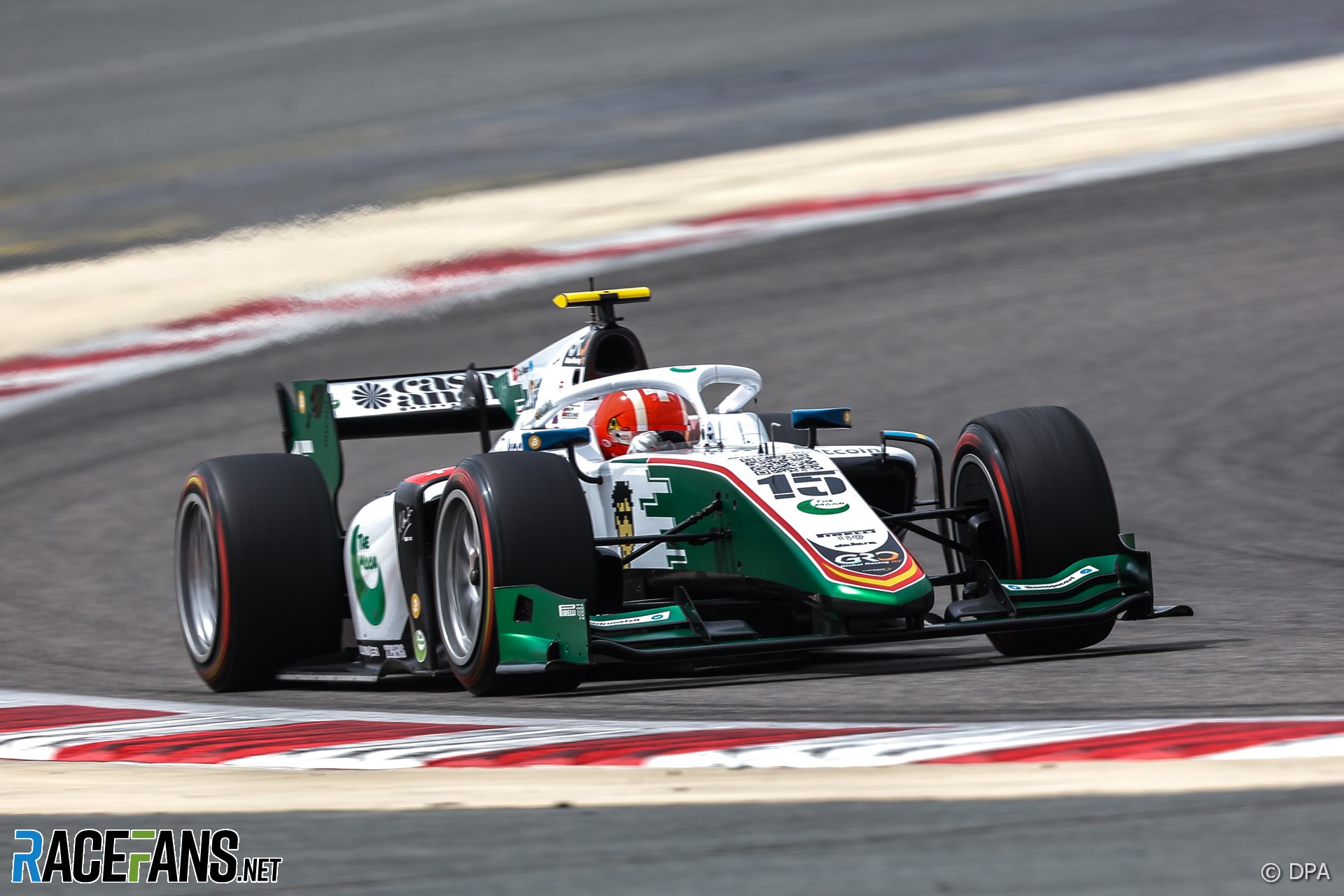 In the round-up: Ralph Boschung will reach 100 starts in Formula 2 next year after signing for another season

Boschung signs for a fourth season with Campos

Campos Racing will field Ralph Boschung once again in Formula 2 next year, meaning the Swiss driver will surpass 100 race starts in the series.

Boschung debuted in F2 with Campos in 2017, but budget problems meant he did not complete a season in the championship until last year where he made the podium twice and finished 10th in the points table.

He has also claimed two podiums this season, which concludes this weekend, but has had to miss 12 races due to a neck injury.

“I am grateful to have the opportunity to continue with Campos in F2 next year,” said Boschung. “With 2021 being my only full F2 season, this year started so well but with the neck injury, my whole season was compromised. I have unfinished business and will want to prove that together with Campos we can achieve consistently very good results.”

Tuukka Taponen has been named as the winner of the third edition of Ferrari’s World Scouting Final, and will become a Ferrari Driver Academy member in 2023.

The 16-year-old is a World Karting champion and has been a race-winner in his home country Finland’s national Formula 4 series through part-time campaigns there over the past two years. He is set to race F4 further south in Europe next year.

“We watched him carefully last year and we sensed he had the potential that he then went on to confirm this season,” FDA head Marco Matassa said. “One year on, he is more mature, so that apart from his pure speed, he has other key qualities, such as the ability to interact with the engineers, giving precise feedback and also being able to take on board the instructions he is given.”

Now Ed Carpenter Racing has announced it plans to promote Indy Nxt-bound Josh Pierson to its IndyCar line-up by 2025.

The 16-year-old became the youngest ever driver to race in the Le Mans 24 Hours earlier this year. He also competed with success in LMP2 prototype sportscars across the world this year and will make a return to single-seaters to compete in IndyCar’s main feeder series as part of a two-year programme with.

F1’s first official exhibition will be launched next March, and will be homed in IFEMA’s exhibition complex in Madrid.

Available to view from 24 March to 16 July, the exhibition will feature “a range of never-before-seen artifacts and contributions from the sport’s most legendary teams, experts and personalities”. Those will be spread across six rooms, each curated “in collaboration with award-winning artists, filmmakers and craftspeople”.

In addition to solely audio or visual exhibits, there will also be “engineering and educational displays”. Attendees are expected to take 90 minutes to view the whole exhibition.

'MP Motorsport have announced Mari Boya will make his F3 debut with the team next year. Boya will make the step up from the Formula Regional European Championship after two seasons there. The 18-year-old scored his maiden podium in Valencia last year, before going on to finish 10th in the standings in 2022.'

'The 17-year-old entered the final two events of the 2022 campaign at Silverstone and Brands Hatch with the team. In only his second ever single-seater race, Barashi showcased his potential, overtaking 12 cars at Silverstone en-route to his first points-scoring finish, plus a Rookie Cup podium finish. He scored further points in the reverse grid race at Brands to round out a promising induction to British F4.'

'Hitech GP has confirmed that its new British F4 champion Alex Dunne will race with the team in GB3 in 2023. The Irishman spent this year contesting dual campaigns in the British and Italian F4 championships. He claimed the British title in a record-breaking season with eleven wins and six further podiums, and he was the championship runner-up in Italy.'

'With outright or class wins in the major enduros both sides of the Atlantic, Nick Tandy is arguably Britain’s best, and certainly most versatile, modern endurance racer. But single-seaters are key to his story of success as he and Porsche return to top-flight prototypes.'

'After deciding last month to exit AJ Foyt Racing following t hree years and 33 IndyCar races, Dalton Kellett had the sound of someone who was at peace with closing a major chapter in his life. His story is one we’ve seen in racing before, but rarely have we had its arc play out in such an interesting manner.'

nice job on the win in brazil georgie boy! it really wasn’t my weekend, but i’m feeling loads better and i want to finish this year on a high. bring it onnnnnnn pic.twitter.com/WyYqxaN6AW

Update here for transparency, the authorities have realised their wrong here and have removed the 5% non-refundable tax on equipment. They have kept the 5% deposit on arrival to be refunded on departure.

LEVEL ON POINTS 🤯@OfficialMPteam and @ARTGP both go into the final round on 281 points 👀#AbuDhabiGP #F2 pic.twitter.com/JX7zEby37B

But how did he get his start in racing? And how did he get that popular nickname? Hear it all in this edition of NTT Meet the Paddock. pic.twitter.com/XAJSLgq1LH

This weekend on Top Gear…

Paddock Motorsport teamed up with @BBC_TopGear & @PaddyMcGuinness to get a group of young people into motorsport as drivers and mechanics.

8pm Sunday on BBC One, you can finally see it all – we’re so excited to show you what we’ve been up to! #TopGear pic.twitter.com/sPuTCrl01i

Max Verstappen has benefited from team orders and willing unplanned assistance from Sergio Perez since he became his team mate last year, but when Red Bull asked Verstappen to help Perez’s pursuit of second in the championship by conceding position at last weekend’s Brazilian Grand Prix he threw the request back in his team’s face.

It prompted an emergency post-race talk before the drivers were sent to meet the press, and further exposed the ruthlessness that reigning champion Verstappen has become known for on his way to the top in F1. It also caused a lot of debate among fans over the value of team orders in a often dominant team.

If he’s going to refuse team orders this way, he should refuse to accept them too, in my honest opinion. If he’s not happy to help his teammate out, but he’s happy for his teammate to sacrifice his own race to help him, that makes him a hypocrite at best.

I’d respect him for this if he didn’t ask for assistance, and if he criticised the occasions where he benefited from them. I have no respect for a driver who will take all the help handed to him, even ask the team or his teammate to help him out, but won’t even return the favour when it doesn’t cost him anything.
DrMouse