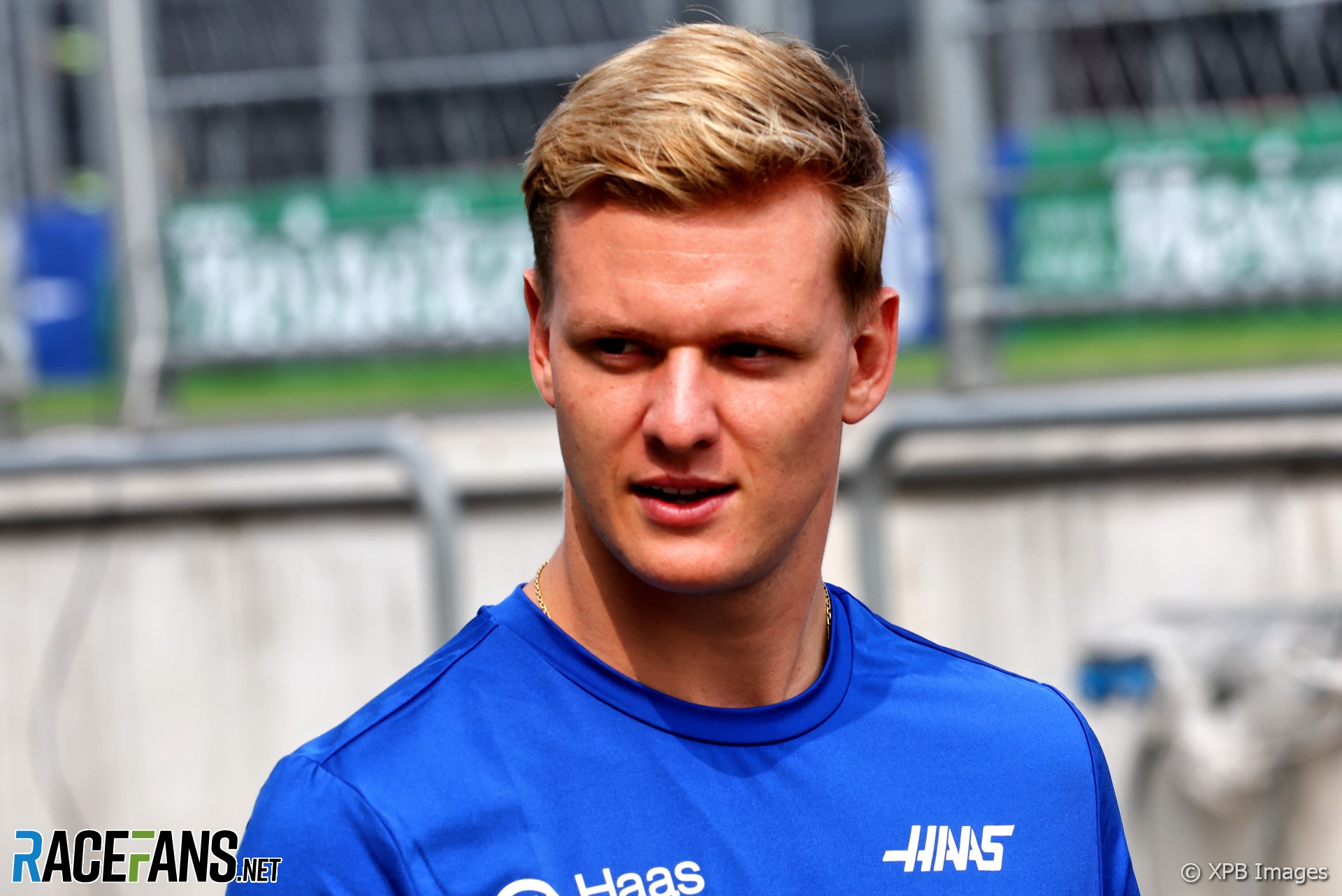 Haas team principal Guenther Steiner says that the team chose not to continue with Mick Schumacher as a driver in 2023 because he lacked experience compared to Nico Hulkenberg.

Haas confirmed today that Schumacher will depart the team after this weekend’s Abu Dhabi Grand Prix, with veteran driver Hulkenberg replacing him for 2023.

Speaking to media including RaceFans after the announcement, Steiner explained that the main element that Schumacher lacked as a driver was “the experience of multiple years in Formula 1 and never having been with another team than us.”

“While Nico has been with three or four teams before, so he has experience,” Steiner continued. “Experience takes time to make and, at the moment, we don’t have time because we want to move forward. We don’t want to be where we are now, we want to get better.”

After a point-less season in 2021 in which Haas invested all their development time into their 2022 car, the team sit eighth in the constructors’ championship with one race remaining. Steiner believes having an experienced driver line-up will be critical to their efforts to move further up the midfield next season.

“We needed the experience to bring the team forward,” Steiner explained. “I don’t want to say the driver wasn’t ready for the future, the team also needs to be a lot better for the future to get better.

“I’m not blaming it on Mick that we are where we are. In 2018, we made good progress the first years… and then we stagnated in ’19 and then in ’20 we went down. So we need to go forward again and that’s best with experienced people and drivers which have done this before, which can bring experiences into our team which they have made in other teams.”

Having suffered heavy crashes on various occasions throughout his two years racing with the team, Schumacher had received public criticism from his team principal following his costly accident during the Monaco Grand Prix. However, Steiner insisted that the crashes alone were not the deciding factor in the decision to drop Schumacher just as his strong points-scoring performances at the Red Bull Ring and Silverstone were not enough to earn him a third season.

“It’s bad, but also you cannot just say, ‘oh, he crashed’ obviously which wasn’t good – I’m not trying to make out that’s good, now – but then you could say how much influence have these very good results had?,” Steiner said.

“It’s this balance you need to find. Obviously one thing is very good, where he finished in Austria and Silverstone, was very good results. And then you had the bad things – the crashes. So it’s a mix of it. But it was not one event, as much as it looks like, triggered this. It’s a combination of things. And the biggest thing is, going forward, we just want to build up the team again.”

Steiner confirmed that he had informed Schumacher of the team’s decision yesterday in a face-to-face meeting. Asked how Schumacher had reacted to the news he had lost his seat, Steiner said he had been “very grown-up, I must admit.”

“I said we thank him for what he did, because he was in the team and we were in a difficult time – it wasn’t always rosy here,” Steiner continued. “But he took it as a grown-up, as I said.

“Obviously it’s always emotional, but he actually appreciated we give him a chance. It’s never nice to do this. It’s never a joy to do this. But I just wanted to speak with him about what is going to happen and that happened just yesterday.”