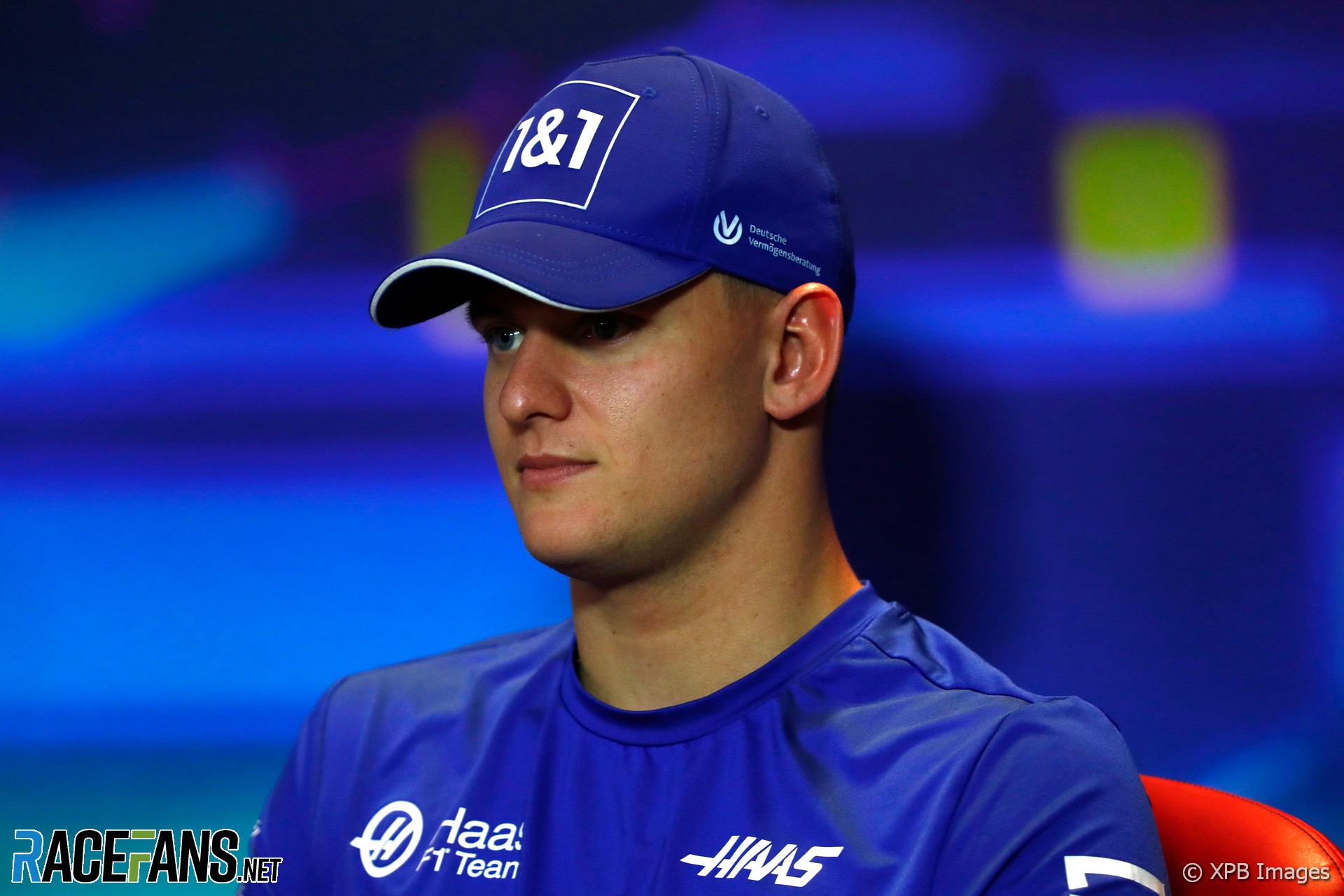 Mick Schumacher reacted to the news of his impending departure from Haas with disappointment, saying he extracted the “maximum” from his car this season.

The second-year driver is being dropped by Haas, the team he has raced with for the last two seasons, in favour of the more experienced Nico Hulkenberg. Schumacher has just under half the points tally of his team mate Kevin Magnussen heading into the final round of the season in Abu Dhabi this weekend.

Schumacher believes that he has been driving well in recent months, but says he “respects” his team’s decision not to retain him for 2023.

“Obviously it’s disappointing in some ways, because I feel like I’ve been doing a good job up to this point,” Schumacher said. “On the other hand, the team decided to go that way so I have to respect that. I’m focussed on the future now.”

Despite not scoring his first points of the season until midway through the year at Silverstone, Schumacher insists that his results were trending in a positive direction over the second half of the championship.

“We’ve had our ups and downs for sure, but I think that the trend was always pointing upwards,” he explained. “I think that’s what’s important.

“It’s only my second year in Formula 1 – last year, I don’t even know if you can really count it as a year because obviously it was a tough one, we were only in the back. So it was definitely something I had to get used to, being in the midfield pack fighting.

“I feel that across the year we’ve managed to do that and I feel like I’ve extracted the maximum out of each situation, let’s say. So I feel like the trend was there.”

Asked what his target was for his final race with the team this weekend in Abu Dhabi, Schumacher said his goal was simply to “finish on a high.”

“As high as we can, I guess,” he said. “We have we have a car which is probably just close to P10, or maybe a bit below. But if we get everything right, I’m sure there’s potential to be in the points.

“I think that that’s still what we’re aiming for, to score as many points [as possible] because we’re in a tight battle with AlphaTauri. And also for me in the drivers’ standing, I want to be obviously as far forwards as I can.”