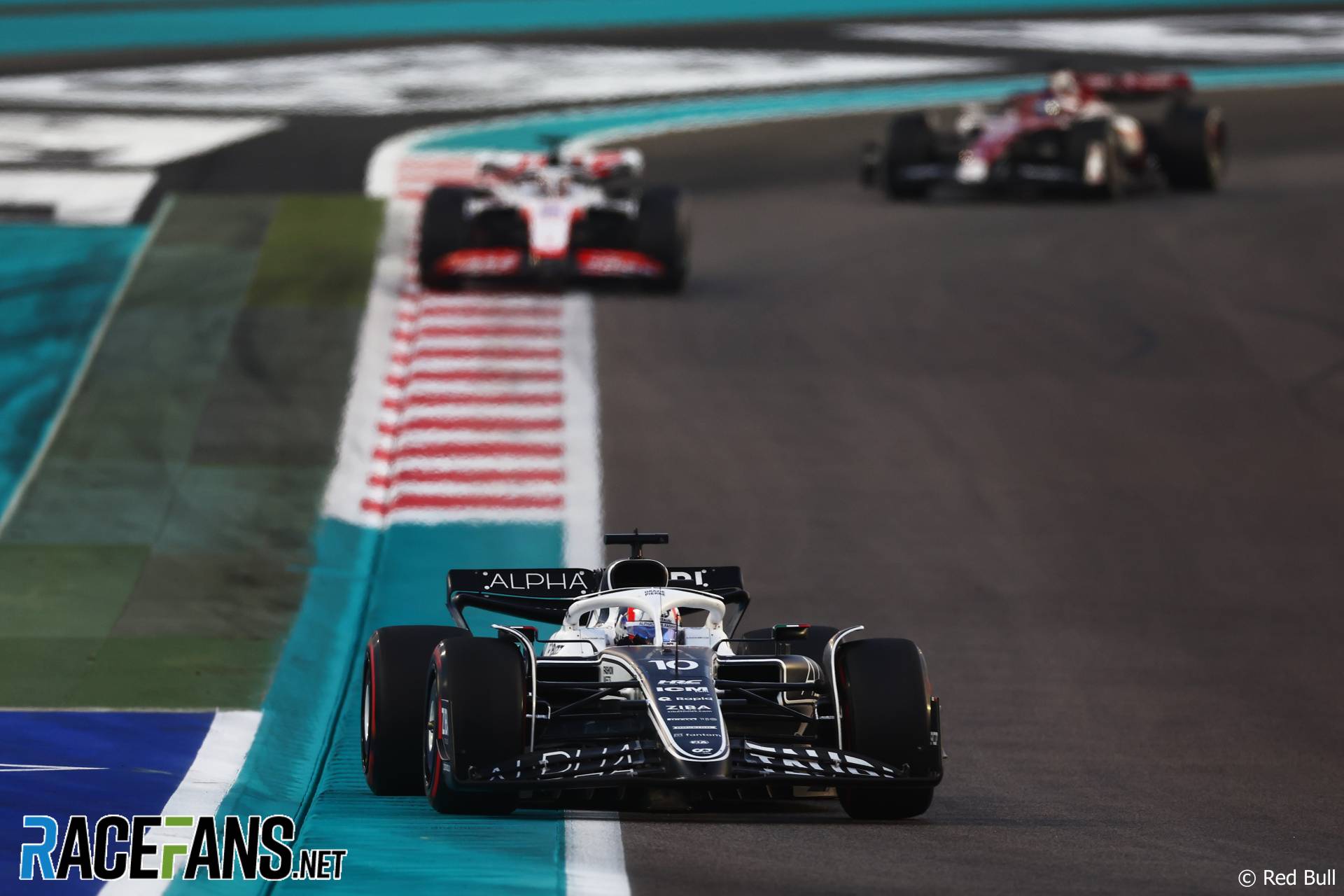 Sergio Perez believes Pierre Gasly held him up badly enough during the Abu Dhabi Grand Prix to deserve a penalty.

The Red Bull driver shook his fist at his rival as he lapped the AlphaTauri while pursuing Charles Leclerc for second place. Perez began the lap 2.8 seconds behind Leclerc and crossed the finishing line two laps later 1.3 seconds behind his rival.

Gasly was in a fight for position with Alexander Albon at the time. Perez initially tried to put him a lap down at turn six, but had to wait behind the AlphaTauri and pass it on the next straight before turn nine.

Perez said he came close to hitting his rival from Red Bull’s junior team when he first tried to lap Gasly.

“Certainly I lost a bit, probably a second or so, or probably more,” said Perez. “It was clearly blue flags, but he was in a fight and it’s pretty hard to give up the position.

“I think he was thinking to go for the move. But I just ended up being there and I thought he left the door open. I went for it and luckily I could brake at the last minute, otherwise there would have been contact.”

Gasly is already on 10 penalty points, two away from an automatic ban, and Perez suspects he would have been given another penalty had it not been the last race of the season.

“I think in normal conditions that would certainly be a penalty for Pierre,” he said. “But it’s the last race, I’m just happy to go home than discuss anything. It’s how it goes sometimes so nothing really more to add.”