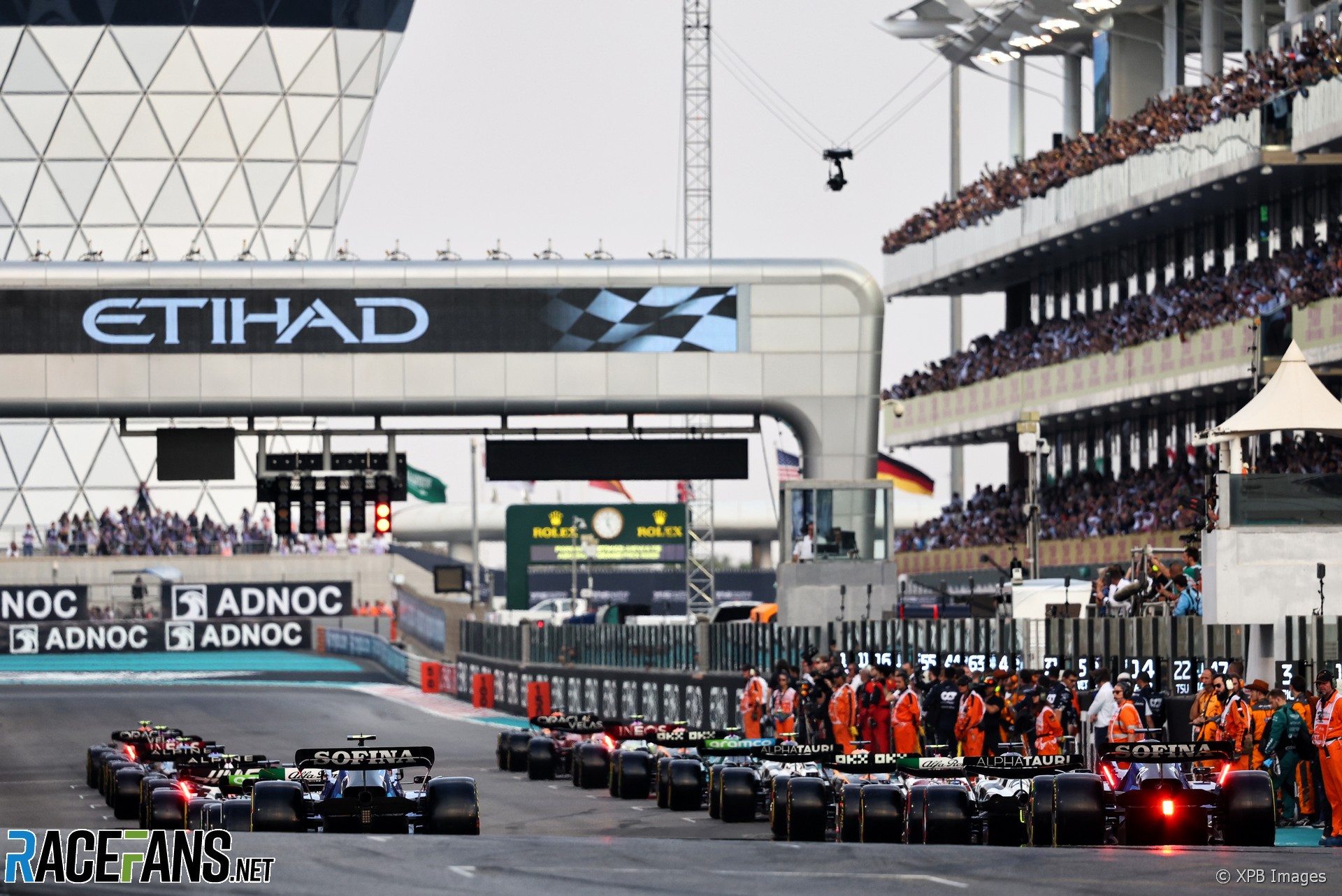 In the round-up: Billionaire businessman and Formula 1 fan Calvin Lo says he is looking at potentially financing a new team to enter into Formula 1.

Lo, a 45-year-old Canadian businessman who has connections with Williams owners Dorilton Capital, sayshe is actively investigating the possibility of financing his own Formula 1 team, either by purchasing an existing team or setting up a new entry.

“In the last few years, I’ve been approached by many players in the F1 world, from teams to highly aspirational potential team owners or investors,” Lo told the Daily Star. “We’ve been looking at a current team and that’s how the idea of starting a new team came about. There are a lot of opportunities right now. I believe we’re going into a new era of a younger audience, a newer fanbase. Accessibility seems easier than before.

“We would be very fortunate to be involved, in whatever capacity. With a current team, that would be faster. Realistically, to get the car on the grid [with a new team], it would be 2026. That’s a short period of time, a very tight timeline.”

The Formula Regional European Championship has revealed its calendar for the 2023 season, featuring three pre-season test in Barcelona, Paul Ricard and Monza.

The season will begin at Imola in late April, before taking in the Circuit de Catalunya, Hungaroring, Spa-Francorchamps, Mugello and Paul Ricard. Following a break over August the season will then resume at the Red Bull Ring, then return to Monza before finishing with the final two rounds in Zandvoort and Hockenheim. A total of 12 teams will participate in the championship, each fielding three cars.

This year’s championship was won by Ferrari junior driver Dino Beganovic, racing for Prema. Beganovic will move up to FIA Formula 3 with the team for 2023.

Three-time grand prix winner Giancarlo Fisichella returned to single-seater racing for the first time in 13 years when he took part in the first race of the Tasman S5000 series around the Adelaide Street Circuit in support of the final round of the Australian Supercars championship.

The 49-year-old, who raced with teams such as Jordan, Benetton, Renault, Force India and Ferrari over 14 seasons in Formula 1, finished fourth in the first of three races around the Adelaide circuit. Nathan Herne won the race ahead of Joey Mawson and Cooper Webster.

Fisichella previously had entered into the S5000 round at the Australian Grand Prix in 2020 and completed qualifying for that round before the event was cancelled due to the onset of Covid-19.

Oscar on how he's approached his first tests with McLaren (McLaren)

"The conditions were pretty cold, and we even got a bit of wet running in as well, so I was adapting to all of that and trying to soak up as much as I could and get back into the swing of things because there is a bit of rust. My neck is pretty sore, but it always takes a while to get used to an F1 car. I am getting there, I am holding on, and I should be good to go with some more training over Christmas."

Can trigger-happy Ferrari harness all the talent at its disposal? – MPH (Motor Sport)

"Leclerc and Sainz rub along pretty well, work hard behind the scenes and are an incredibly strong pairing – the monumentally gifted but tough Leclerc and the very quick and smart Sainz. But it’s going to be interesting to see how the whole team-drivers dynamic develops as the Scuderia enters next season with a new team principal."

"With football fever taking over the world, we look at when F1 stars have strayed to other sports."

"We count down the ten best team radio exchanges from the 2022 Formula 2 season, from Théo Pourchaire's joy in Monza to Enzo Fittipaldi claiming his maiden podium."

Poles, podiums, and the best of the rest (Tumblr)

"Whether a longtime fan or newly interested, you’ve probably seen F1 around Tumblr this year, featuring in fan art, GIFsets, and a plentiful amount of very silly memes. But, in case you’ve ever been curious about who Tumblr loves the most, here are the top 35 Formula 1 tags in 2022, featuring not just current drivers but retired drivers, reserve drivers, upcoming drivers, race engineers, and team principals, too."

"Engineers and scientists from organisations like McLaren F1, Airbus, the NHS, and Haleon, joined over 400 students for the first-ever Brooklands Innovation Academy. Engineers from McLaren F1 led a workshop about aerodynamic design and materials while the team from Bloodhound Education looked at the physics behind the 1,000mph land speed record car."

"Supercars are trying to earn a slot at the Singapore Formula One Grand Prix as the Australian touring car series embarks on a new era. Plans for Supercars to race overseas next year fell through, largely due to the highly-anticipated launch of the Gen3 cars. However, Supercars are adamant on securing a berth as a support category in Singapore in 2024."

The Man with the Triple Crown: How Graham Hill Achieved a Unique Record (Aidan Millward)

"Alonso, Montoya and Villeneuve have come close, but Graham Hill remains the benchmark. But how did he end up with this record? Let's have a look."

Team, meet @OscarPiastri. Oscar, meet the team. 🤝 Great to welcome you to the McLaren family! 🧡 pic.twitter.com/yz8FKvfD1U

Feel sorry for @ZhouGuanyu24. Second year in a row he has to wait for his first home grand prix:https://t.co/fEFh4xGviY#F1 #ChineseGP #Covid

Charles certainly did his homework! 🤓

With Audi announcing a new, dedicated building in their motorsports complex in Germany for work on their Formula 1 power unit for 2026 after hiring over 200 people, @Tifoso1989 thinks there’s someone else the German manufacturer should bring onboard…

The logical move now for Audi now is to hire someone with the necessary experience to oversee the development of their PU. Binotto has been involved forever in F1 engine development and was already responsible for the KERS system when it first come up in 2009. He has been the head of PU department since 2014 and led the renaissance of Ferrari. He was also involved in the writing of the 2026 engine regulations and surely has an idea of Ferrari development plans.

Audi hiring Binotto is a no-brainer for me but it must be in a technical role and preferably limited to PU development.
@Tifoso1989