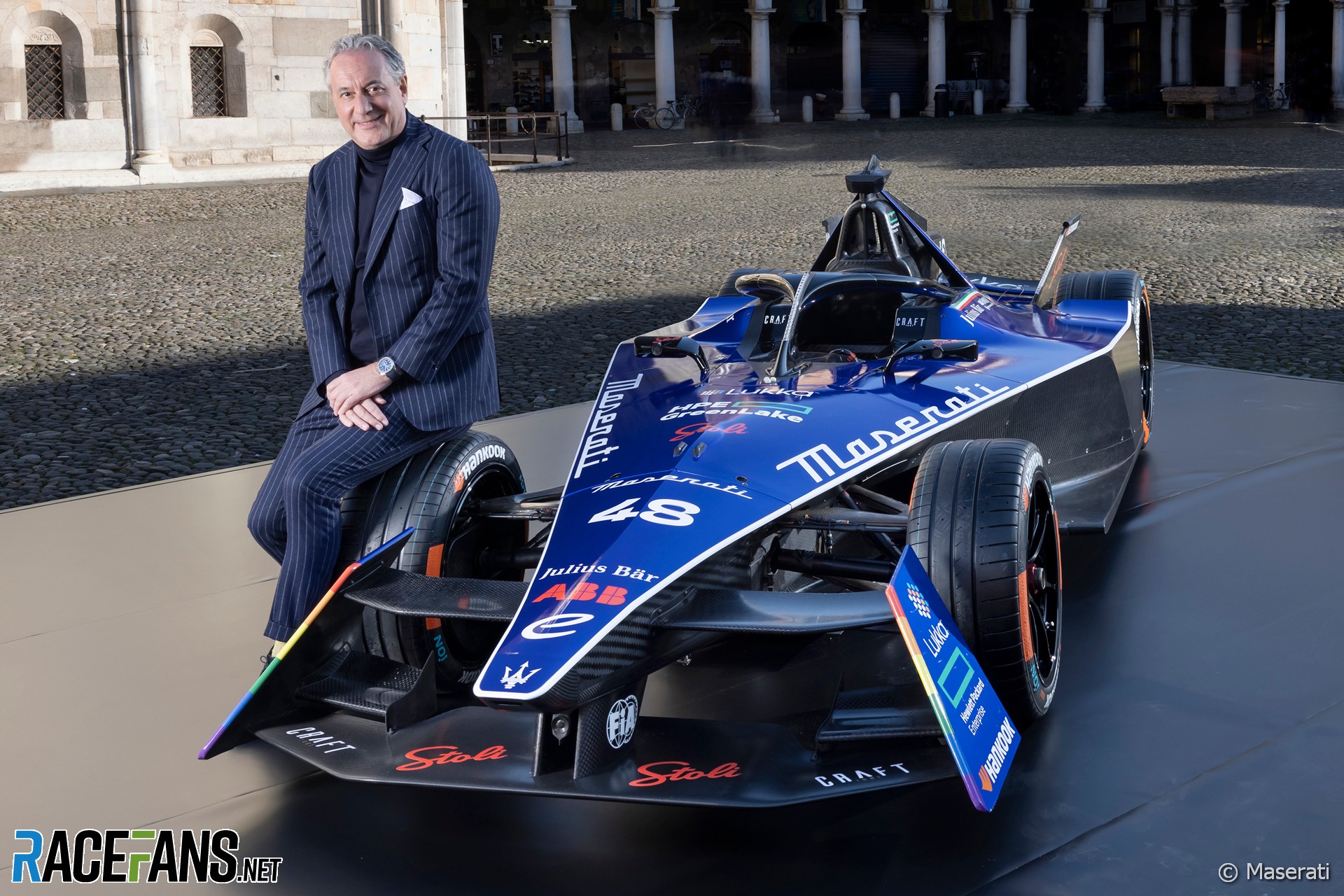 Maserati has revealed the livery it will use when the brand returns to single-seater racing in Formula E next year.

Its car will be known as the Maserati Tipo Folgore Gen3. It will be driven by Maximilian Guenther and Edoardo Mortara in the 2023 Formula E season, the ninth since the all-electric championship was launched.

Maserati CEO Davide Grasso presented the car in Modena, the home of the Maserati brand. It will race in the company’s heritage blue colour scheme.

The Italian tricolour wraps around the cockpit and the front wing end plates are rainbow coloured. The latter details continues the practice seen on the nose of the team’s cars under its previous guise as Venturi.

The Maserati Tipo Folgore has “a contemporary and pure look”, says the team. “The Maserati trident is naturally prominent on the nose cone along with the Maserati Corse logo.”

“The first racing car to bear the trident logo was the Tipo 26, which debuted in 1926 at the Targa Florio, finishing first place in its class with Alfieri Maserati at the wheel,” it added. “Now, 96 years later, the Maserati Tipo Folgore, audaciously portraying the Trident, enters the electrification era, accelerating Maserati’s commitment to Folgore, the brands 100% new electric range.”

The car will make its first official appearance on-track in pre-season testing at the Valencia Ricardo Tormo circuit in Spain next week. The new FE season, the first for its ‘Gen3’ era, will begin at Autodromo Hermanos Rodriguez on January 14th.