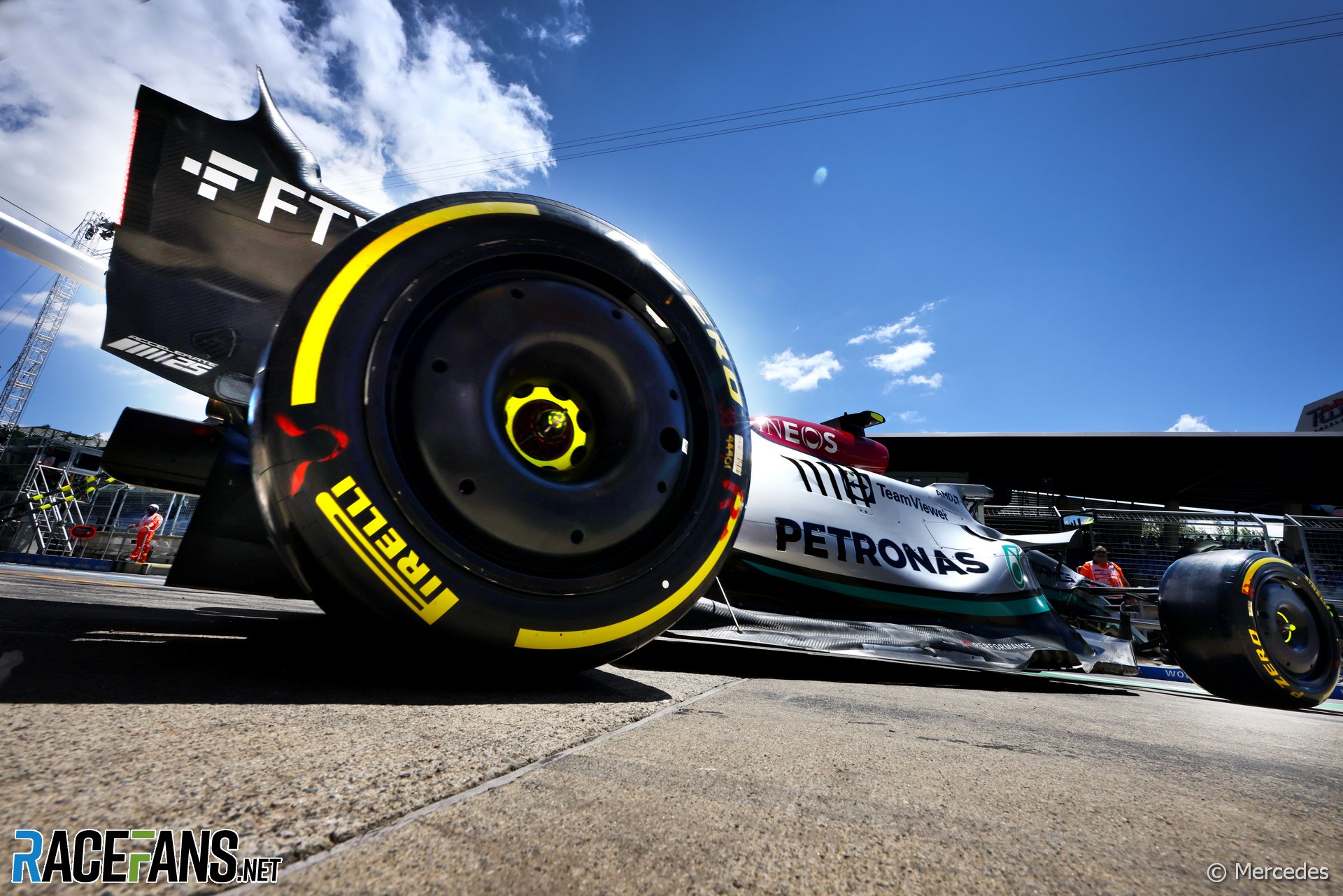 The FIA has published details of the tougher floor tests Formula 1 teams are required to conform to during the 2023 season.

The sport’s governing body has also changed its restrictions on teams’ gearbox designs for next year.

Revised floor deflection tests were introduced through a technical directive at the Belgian Grand Prix in August. The change was provoked by concerns some teams had designed their floors in order to satisfy the existing load tests while allowing flexibility in other areas.

The floor deflection test defined in the 2023 rules specifies a dozen points on the floor where a load will be applied in order to ensure the movement of the floor does not exceed 8mm. The rules empower the FIA to “require load points to be moved if, in their view, the load location or the floor shape has been specifically designed to permit greater levels of outboard floor flexibility in untested regions of the floor.”

In order to accurately measure the extent of any deflection, the floors will be laser scanned when loads are applied to them.

Other changes to the 2023 rules relating to teams’ floors have previously been announced, including an increase in the height of the floor edges, which have been raised by 15mm. The under-floor diffuser throat is also being raised, as part of a package of changes intended to prevent cars ‘porpoising’ next year.

The FIA has also revised the rules restricting how teams may change their homologated gearbox designs in 2023. Previously changes were only allowed “to resolve reliability problems” or “for cost saving” reasons. From next year teams will also be allowed to alter their gearbox designs “in the case of materials, processes or proprietary parts becoming unavailable or having their use restricted for health and safety reasons.”

The revised clause (c) of article 3.15.7 of the 2023 Technical Regulations defines the test which will be applied to the outboard edge of cars floors:

When viewed from above, and with the Floor Bodywork Group as fully defined in Article 3.5.6 in place, nothing other than the bodywork may be visible within 15mm of any load application point. A load application point that does not meet this requirement may be moved, in X and/or in Y, by the minimum amount necessary to comply. The FIA may require load points to be moved if, in their view, the load location or the floor shape has been specifically designed to permit greater levels of outboard floor flexibility in untested regions of the floor.

Once the load application positions are fully defined, Teams must provide a suitable means of applying the load to the upper surface of the bodywork. The load will be applied through a rod of diameter 2.3mm. Details of this arrangement are provided in the appendix to the Technical and Sporting Regulations. The contact of any load-spreader with the bodywork must lie within a cylinder of diameter 25mm, coaxial with the load application axis. If the Team’s preferred method requires through-holes, these holes must be sealed on either or both of the upper and lower surfaces at all times the car is on the circuit and during any assessment of any visibility from above around load application points.

Loads will be applied to these rods in two stages:

Deflection will be measured by laser scanning of the bodywork at each loading stage.