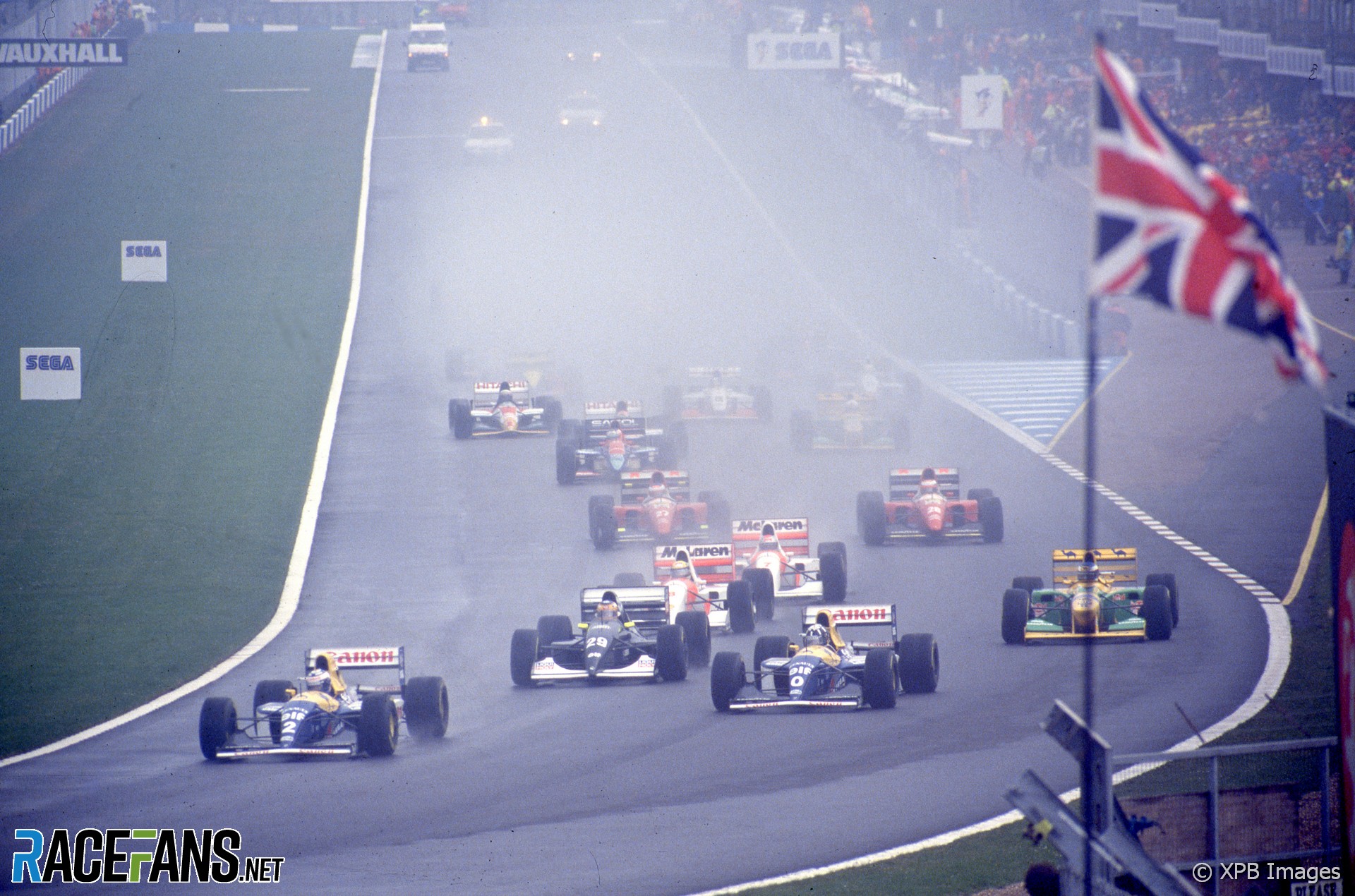 Donington Park held the British Grand Prix in the pre-war era before falling into disuse. But in 1971 the land it stood on was purchased by Tom Wheatcroft, who watched Formula 1 cars race on it as a boy, and was eager to bring them back.

He made several unsuccessful attempts to secure a championship or non-championship race at his circuit in the eighties and nineties. Finally in 1993 when Japan’s Autopolis circuit fell into bankruptcy and couldn’t hold its race, Wheatcroft leapt at the chance to take over the vacant slot.

Held on Easter Sunday as the third round of the championship, the weather was unkind, with persistent drizzle detering spectators. Nor did it help matters that former star draw and reigning world champion Nigel Mansell had quit the sport to race in IndyCar.

However the race proved a classic. Ayrton Senna deployed his fearsome wet-weather skills to great effect, working his way up from fifth to first on the opening tour, and lapping all bar one of his rivals by the time the chequered flag fell.

Wheatcroft estimated he lost over £4 million on the race, and F1 never returned. In the early noughties the circuit’s new chief executive Simon Gillett agreed a deal with Bernie Ecclestone to bring the British Grand Prix to the venue, but planned construction work was never completed due to a lack of funding, the event returned to Silverstone, and new owners took over.