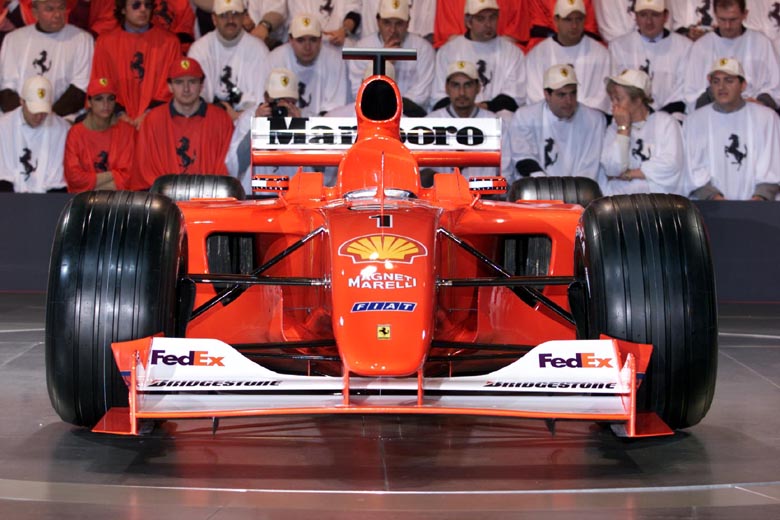 Ferrari won the constructors’ championship for the third year running with the F2001, while Michael Schumacher retained the drivers’ championship he had won the year before.

At the Italian Grand Prix Ferrari ran the car in a plain livery and with a black nose cone as a tribute to the victims of the 9/11 terrorist attack in America a few days earlier.