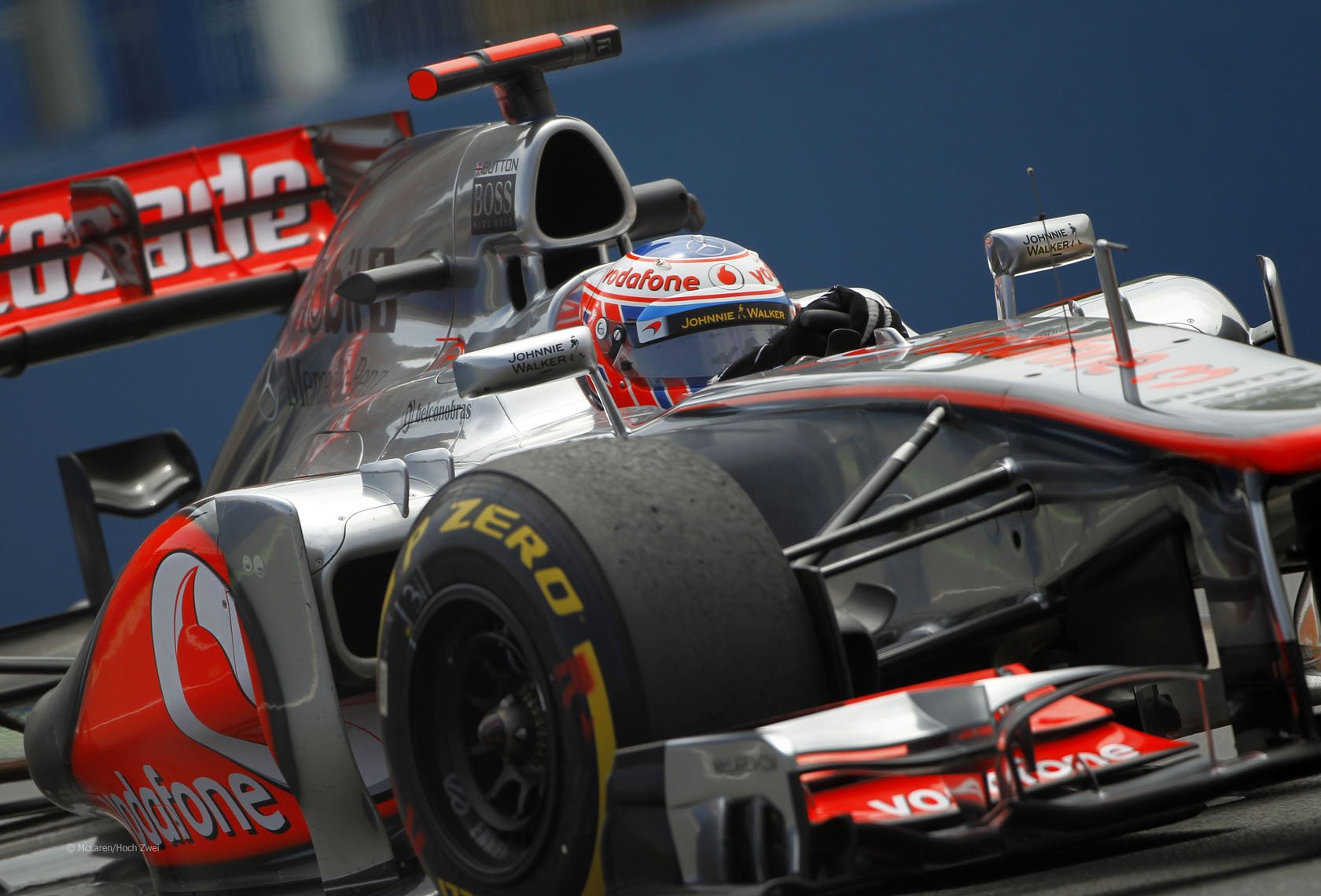 Jenson Button was quickest in the final practice session as he appears to have made progress with his McLaren.

The Lotus pair were second and third fastest as traffic prevented several drivers from improving at the end of the session.

The Lotus drivers were first onto track in warmed conditions than had greeted the drivers on Friday. Track temperature reached 38C by the end of the session.

Kimi Raikkonen led Romain Grosjean by just under three tenths of a second to begin with.

They were then beaten by Lewis Hamilton, who edged Raikkonen’s mark by the slender margin of three-thousandths of a second. Next to take over at the top was Pastor Maldonado, who beat Hamilton’s time by three-hundredths.

Ferrari and Red Bull had a quiet start to the session but now they showed their hand. Sebastian Vettel’s second quick lap was just six-hundredths slower than Maldonado’s – but that left him fourth. On his next run he went fastest, putting three-tenths of a second between him and the Williams.

But team mate Mark Webber hit trouble – having set a time of 1’41.282 he returned to the pits and did not re-appear, a brake problem limiting him to just four laps.

Grosjean was the first to try the soft tyres, and despite running slightly wide at turn 17 a 1’38.655 was enough to put him comfortably fastest.

Raikkonen fell short in his bid to beat his team mate’s time when he tried the soft tyres a quarter of an hour later, crossing the line a tenth of a second slower than Grosjean. It was Button who finally demoted the Lotus with five minutes remaining.

But their rivals struggled to find space on a congested track in the closing minutes. Vettel had to abort his last run but was advised to find clear air to set some quick sector times on his in-lap. This he did, topping the times in the first and second sectors before returning to the pits.

Pedro de la Rosa lost control of his HRT again but didn’t hit anything this time – spinning to a stop at the final corner.

Here are the drivers’ theoretical best lap times based on their fastest sectors:

13 comments on “Button leads Lotuses as practice ends in Valencia”