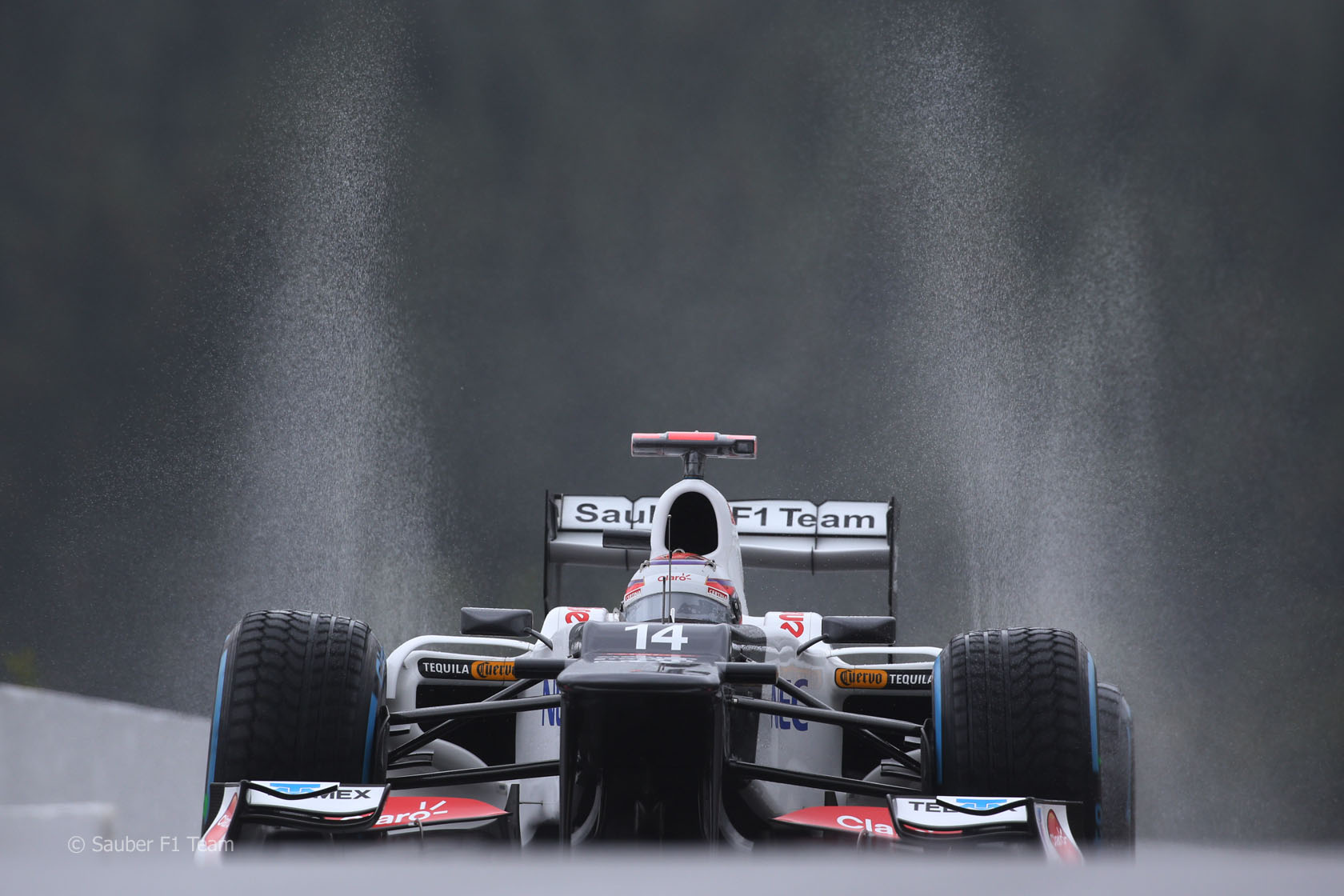 Kamui Kobayashi was the quickest driver in a very wet first practice session at Spa-Francorchamps.

After a five-week break the weather ensured the fans at Spa had to wait a little longer to see much F1 action. Rain fell steadily at the beginning of the session, discouraging most drivers from doing anything more than installation laps.

The one exception was Kamui Kobayashi, the only driver to set a time in the first half of the session, setting a best time of 2’17.705.

It wasn’t until the second half of the session that the rain eased and drivers began taking to the circuit. The Toro Rosso pair came out first and were joined by Kobayashi.

Daniel Ricciardo and Pastor Maldonado improved on Kobayashi’s best time, but the Sauber driver took the top spot back with a best time of 2’11.389.

Towards the end of the session the rain returned before several drivers had gone out in the best of the conditions. But all the drivers were on-track for the final moments in order to do practice starts.

Michael Schumacher, Paul di Resta and Pastor Maldonado all had brushes with disaster at Eau Rouge as the track conditions deteriorated – Schumacher in particular having a sudden twitch as he touched the kerb on the way into the corner.

In the final moments of the session Felipe Massa pulled over at the Bus Stop chicane with more than just water spray coming from the back of his Ferrari. “I’ve lost my engine – the engine is broken,” he told his team.