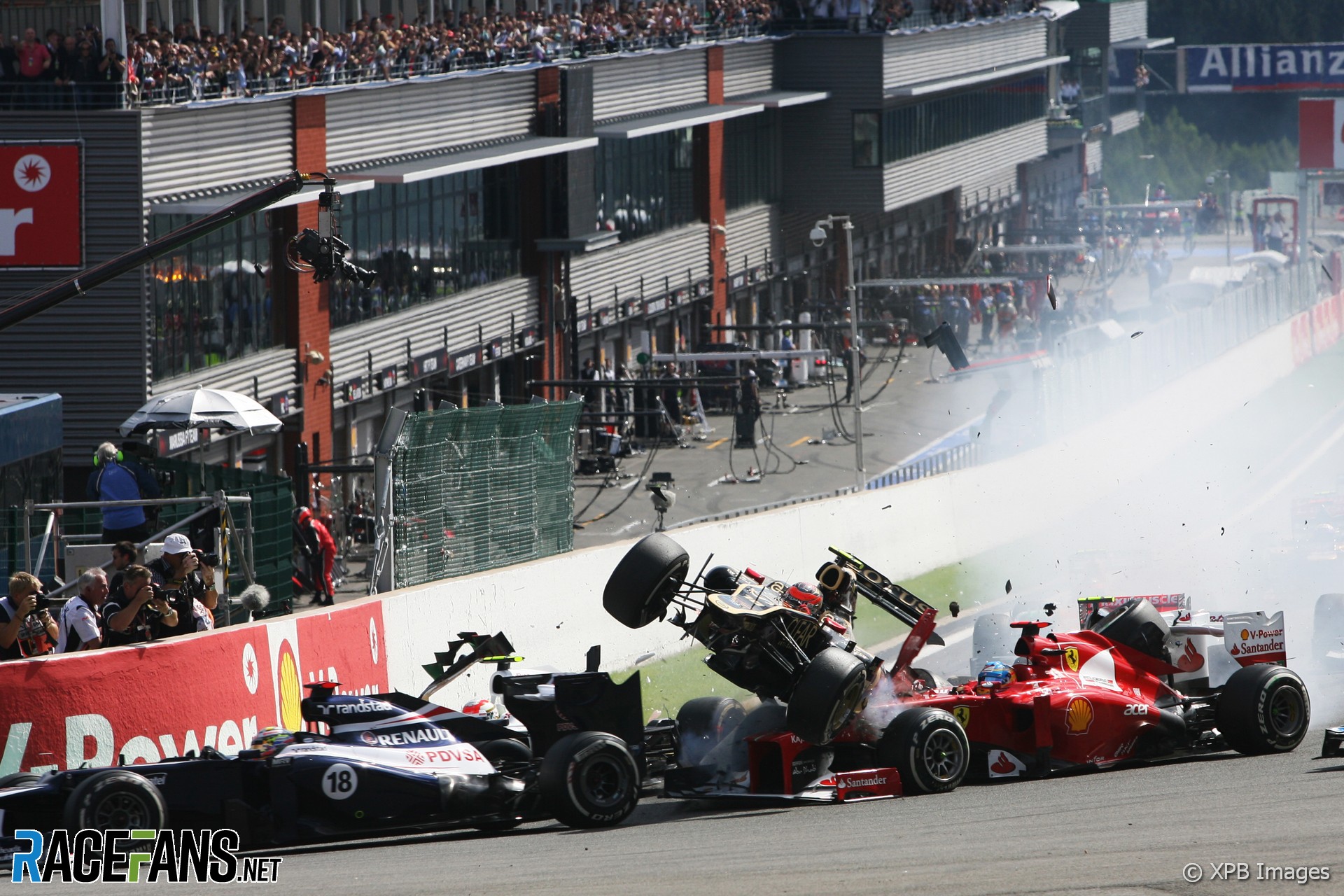 Romain Grosjean has been banned for one race following the crash at the start of the Belgian Grand Prix.

The collision was triggered when Grosjean moved across on Lewis Hamilton on the run to the first corner.

The Lotus driver was also fined €50,000 for the collision.

The stewards explained the penalty as follows: “The stewards regard this incident as an extremely serious breach of the regulations which had the potential to cause injury to others. It eliminated leading championship contenders from the race.

“The stewards note the team conceded the action of the driver was an extremely serious mistake and an error of judgement. Neither the team nor the driver made any submission in mitigation of penalty.”

Grosjean said: “When your life is all about racing, not being allowed to attend an event is probably one of the worst experiences you can go through. That said, I do respect the verdict of the stewards.

“I got a good start – despite being disturbed by Pastor’s early launch, which I think was the case for everybody at the front – and was heading into the first corner when the rear of my car made contact with the front of Lewis [Hamilton’s].

“I honestly thought I was ahead of him and there was enough room for both cars; I didn’t deliberately try to squeeze him or anything like that. This first corner situation obviously isn’t what anyone would want to happen and thankfully no-one was hurt in the incident.

“I wish to apologise to the drivers who were involved and to their fans. I can only say that today is part of a process that will make me a better driver.”