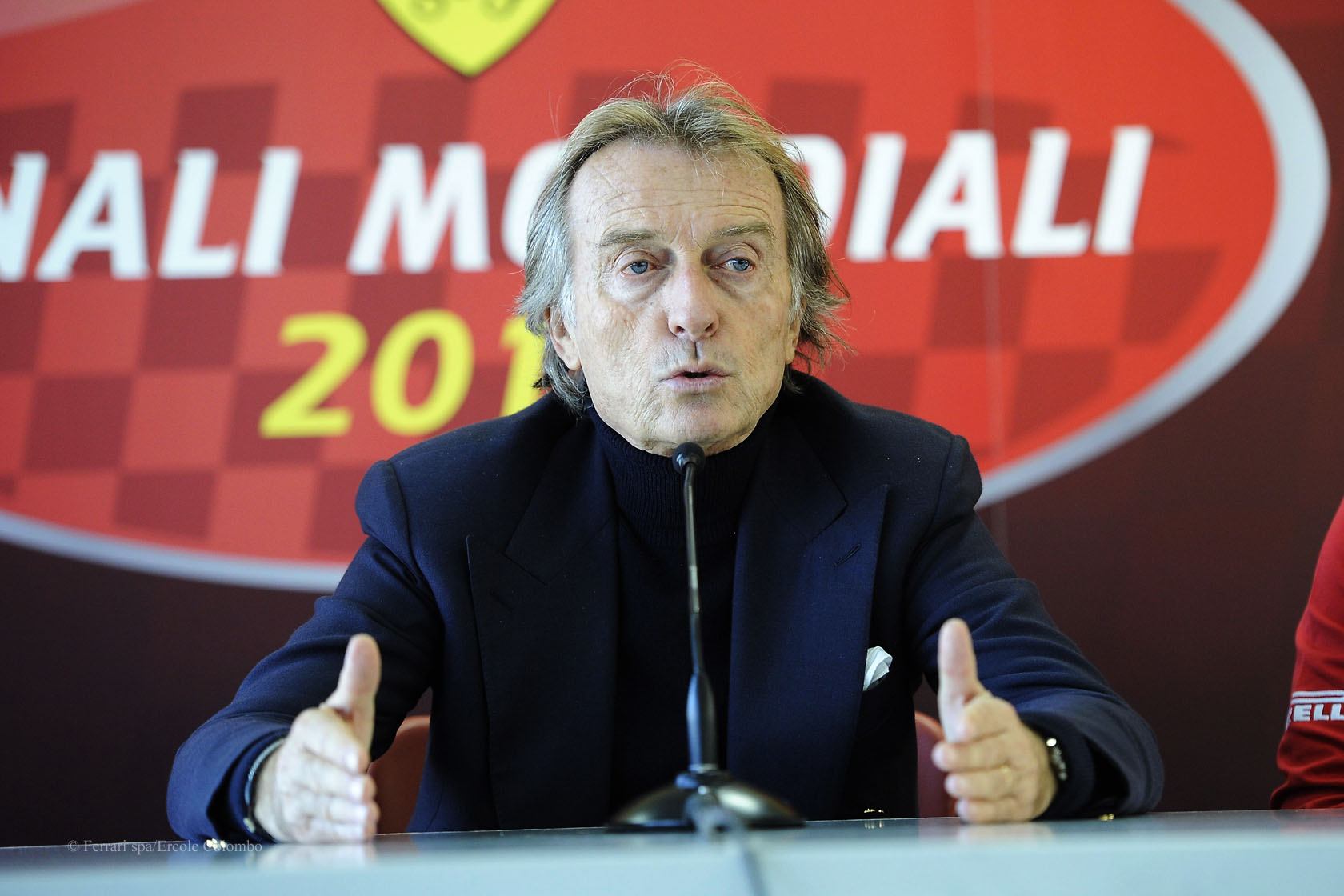 “You have to show respect for your elders, especially when they get to that stage in which they are no longer in control of what they say,” said Montezemolo of Ecclestone. “However, old age is clearly incompatible with certain roles and responsibilities.”

Ecclestone criticised Ferrari for questioning whether Sebastian Vettel had illegally overtaken Jean-Eric Vergne during the Brazilian Grand Prix. The FIA told Ferrari the pass was legal and there was “no case to answer”.

Montezemolo, speaking at a press conference at the Ferrari World Finals in Valencia, said: “The FIA declared that for them there had been no infringement and so the matter was closed.”

“Congratulations to Vettel and Red Bull because whoever won after such a difficult season deserved the title and because at Ferrari that is what we do. And we would like everyone to congratulate us next season if we win the world championship.”

Asked whether some of Vettel’s rivals make life too easy for him in the final race, Montezemolo said: “I was expecting a slightly different final race on the part of Michael Schumacher because he is a driver with links to Ferrari through some extraordinary moments and with whom we feel very close.

“As for the rest, I don’t want to make any comment other than to underline that in the past we have been strongly criticised for playing a sensible, necessary, right and open team game. I have always told my drivers that they are not racing for themselves but for Ferrari. Ours is one team, you can see that in the pit stops and you can see it on the track and one of the things I most appreciate about Felipe is the fact that he has always been a team player and I know that Fernando has been one too.

“We have had criticism for how we apply these team games but it’s up to the public and the spectators to judge these things. I don’t like to create controversy for its own sake: we look ahead and everyone makes their own judgement. The behaviour of Ferrari has always prized the team game and the sport.”

Montezemolo also repeated his earlier criticisms about F1’s rules: “There are things that aren’t going well in this sport and the moment has arrived to clarify these once and for all in the appropriate places.

“We can no longer have a situation in which the transfer of technology from the track to the street is reduced to the bare minimum, engines and gearboxes are always the same and the aerodynamics no longer has anything to do with research for road cars.

“Moreover, it cannot be that in this sport you can’t test. We’ve been saying this for a while and we will repeat it in the appropriate places so for the moment I don’t want to add anything else. But our patience has run out so someone needs to think about whether they want Formula One still to have companies that invest and consider it the most advanced research bench for its own cars – as Ferrari has always done since 1950.

“We are constructors, not sponsors. I’m no longer happy that we can’t do testing on tarmac and that you can’t give any chance for young drivers to emerge – since some people have used the expression ‘It’s a joke’ in recent days, I would like to say that this is the real ‘joke’.”