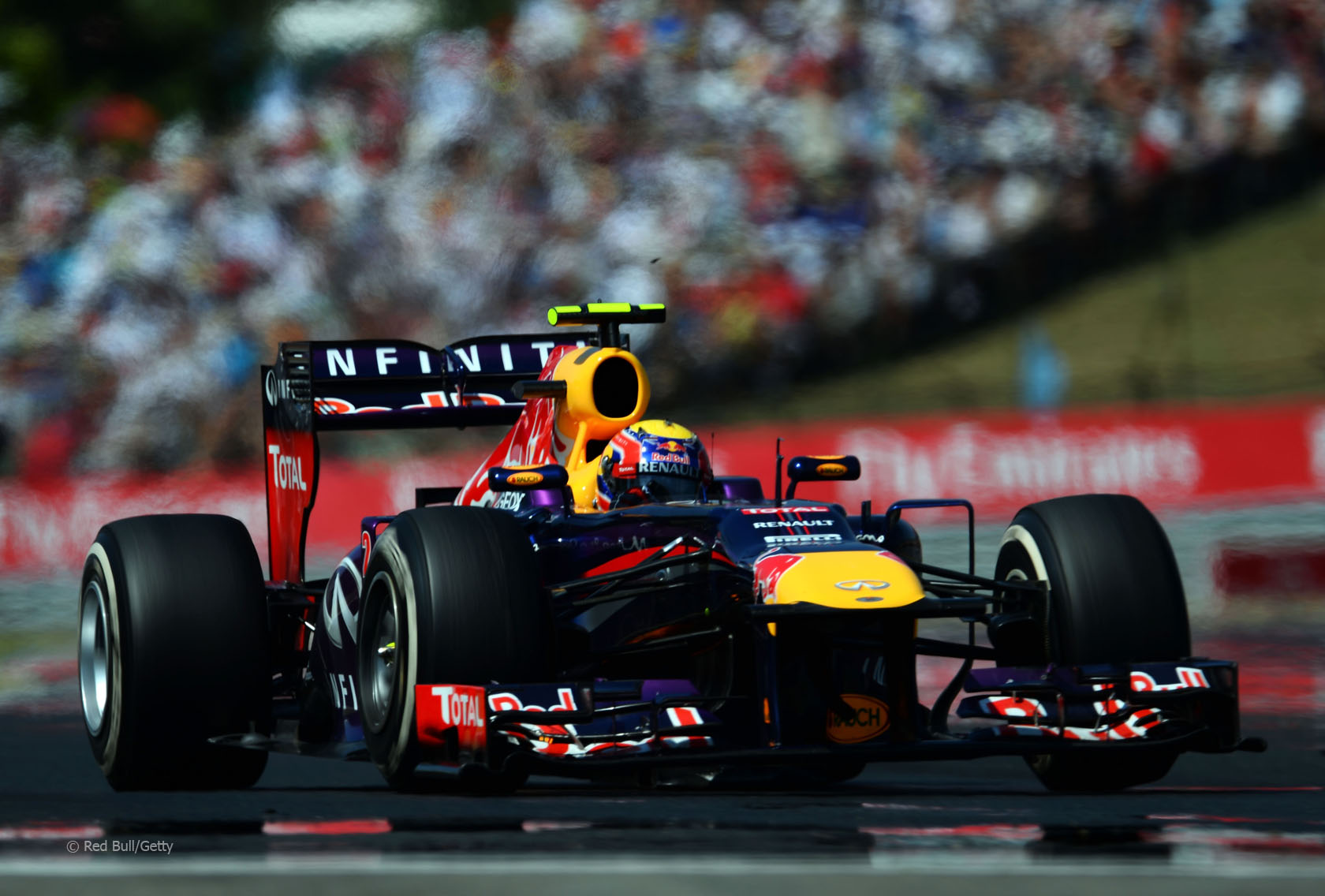 Mark Webber set the fastest lap of the Hungarian Grand Prix when he rejoined the track on soft tyres in the closing stages of the race.

Webber was trying to catch Kimi Raikkonen and Sebastian Vettel ahead of him. Vettel was stuck behind Raikkonen, who made his last pit stop 13 laps before the Red Bull driver.

But at this stage both Red Bull drivers were being given ‘fail’ instructions indicated they were managing car problems.

Race winner Lewis Hamilton set his fastest lap on the penultimate tour, indicating how much he was controlling his pace during the final stint as he lead grew to ten seconds.