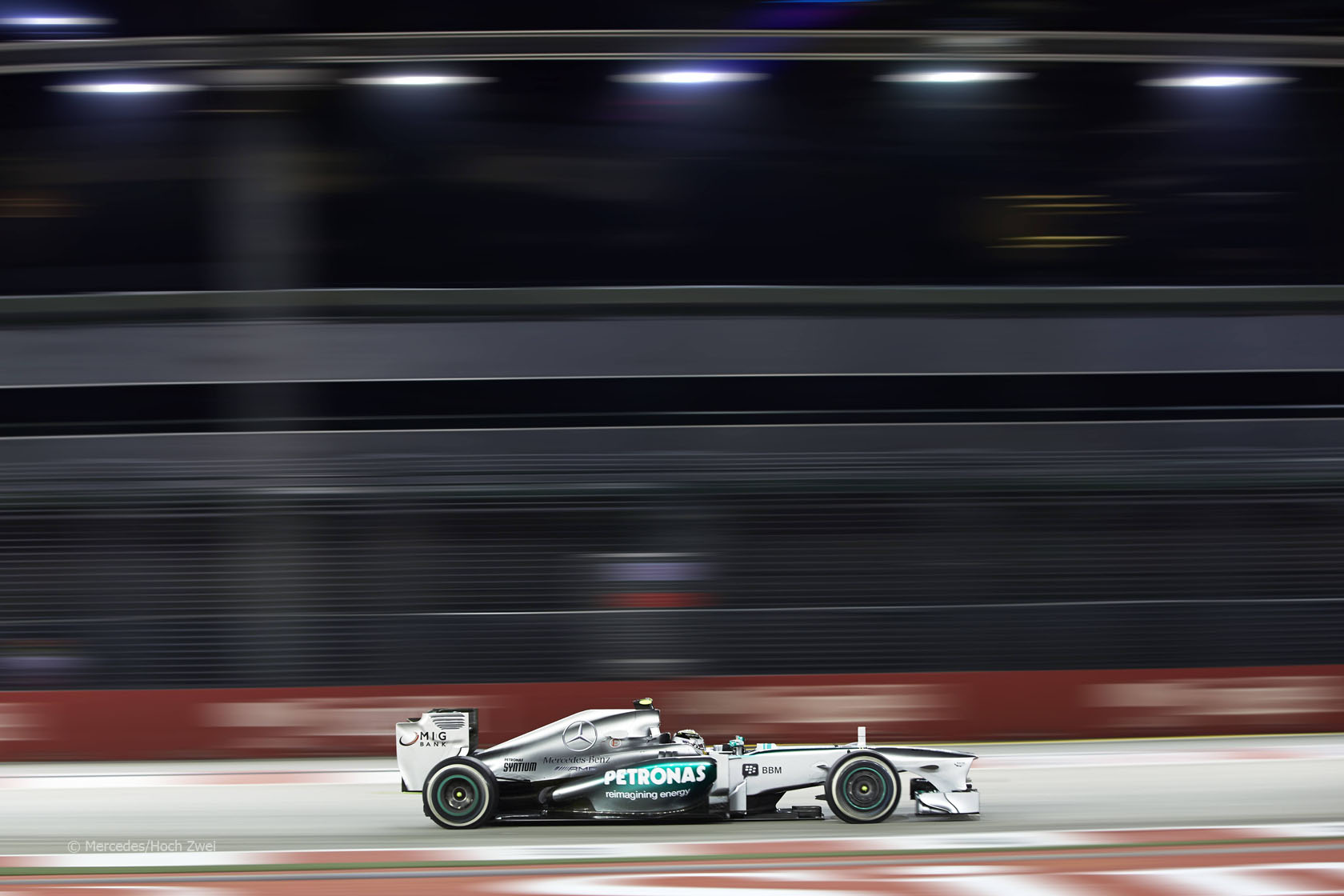 Lewis Hamilton was quickest in the first practice session for the Singapore Grand Prix.

The Mercedes driver’s best lap of 1’47.055 was three-and-a-half seconds faster than the quickest time from the same session last year. The alterations to turn ten, plus resurfacing at several points on the track, appear to have contributed to the fall in lap times.

An uneventful session ended with Hamilton followed by the two Red Bull drivers and the second Mercedes of team mate Nico Rosberg.

A steering fault was diagnosed on Romain Grosjean’s car during his installation lap and he spent over an hour in the pits having it repaired. Once he returned to the track he lapped just a thousandth of a second off team mate Kimi Raikkonen.

Fernando Alonso was the fastest Ferrari in seventh with team mate Felipe Massa outside the top ten.

Eighth-placed Sergio Perez was over two seconds off Hamilton’s time, with Jean-Eric Vergne ninth for Toro Rosso. Esteban Gutierrez put his Sauber in tenth place despite struggling with rear tyre degradation in the last sector.

18 comments on “Hamilton on top as times tumble in Singapore”