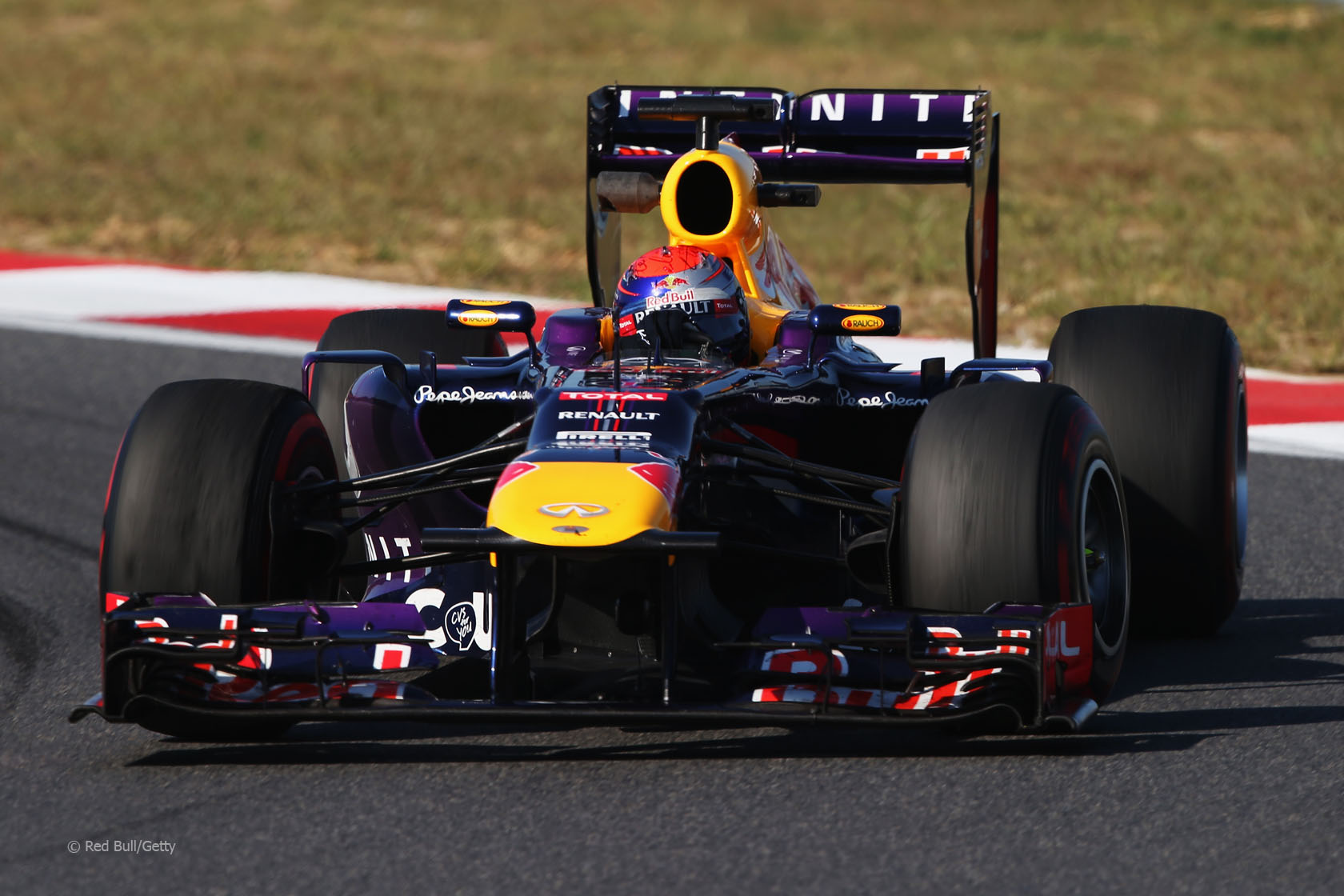 Sebastian Vettel led the final hour of practice ahead of qualifying for the Korean Grand Prix.

The Red Bull driver was the only person to lap the Korea International Circuit in less than 1’38, and team mate Mark Webber made it a one-two for Red Bull.

The pair moved to the top of the times in the final ten minutes of the session when the drivers switched to super-soft tyres. Prior to that Lewis Hamilton had been quickest on the medium compound.

However he was held up in traffic during his final run and ended up fourth-fastest behind team mate Nico Rosberg.

As yesterday the Ferraris and Lotuses were next. Fernando Alonso was fifth-fastest and Felipe Massa improved to seventh on super-softs having been some way off the pace on the medium compound.

Nico Hulkenberg put his Sauber in the top ten ahead of Jenson Button’s McLaren.