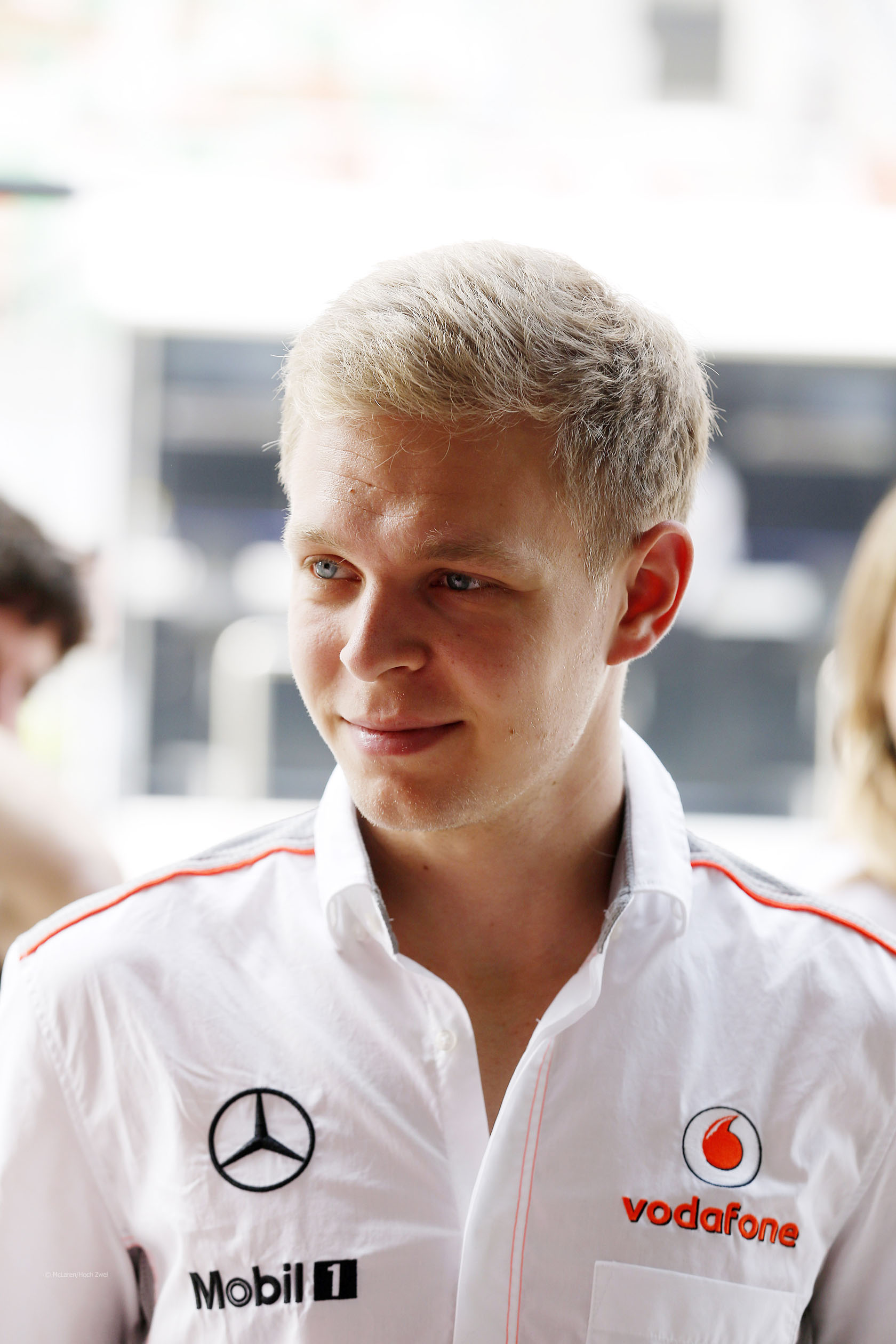 Kevin Magnussen says he doesn’t feel under pressure to live up to the standard set by Lewis Hamilton at McLaren.

Next year Magnussen will become the first rookie to make his F1 race debut for the team since Hamilton in 2007. Hamilton finish on the podium in his first nine consecutive races and came within a point of winning the world championship that year.

“The fact that Lewis did exactly what I?óÔéĽÔäóm doing now is a positive for me, said Magnussen. “It shows that the team has been there before, and has already prepared a rookie for his grand prix debut.”

“The fact that Lewis was so successful doesn?óÔéĽÔäót raise the pressure for me, it just shows that it can be done, and that you can be successful as a rookie. That?óÔéĽÔäós really encouraging.”

Magnussen will also have to contend with a radical overhaul in the technical formula next year with the introduction of new 1.6-litre V6 turbo engines and more powerful energy recovery units.

“It?óÔéĽÔäóll be a new challenge for everyone, not just for me,” said Magnussen. “Everyone?óÔéĽÔäós going to have to learn about the 2014 cars ?óÔéĽÔÇŁ not just myself.”

“It?óÔéĽÔäós a good year to come into F1. The fact that I won?óÔéĽÔäót have as much experience as some of the other drivers actually counts a little bit less ?óÔéĽÔÇŁ of course, it?óÔéĽÔäós still going to require a lot of hard work ?óÔéĽÔÇŁ and I?óÔéĽÔäóll have a lot to learn ?óÔéĽÔÇŁ but so will everyone else, so that?óÔéĽÔäós a positive for me.”

25 comments on “Magnussen not troubled by Hamilton comparisons”