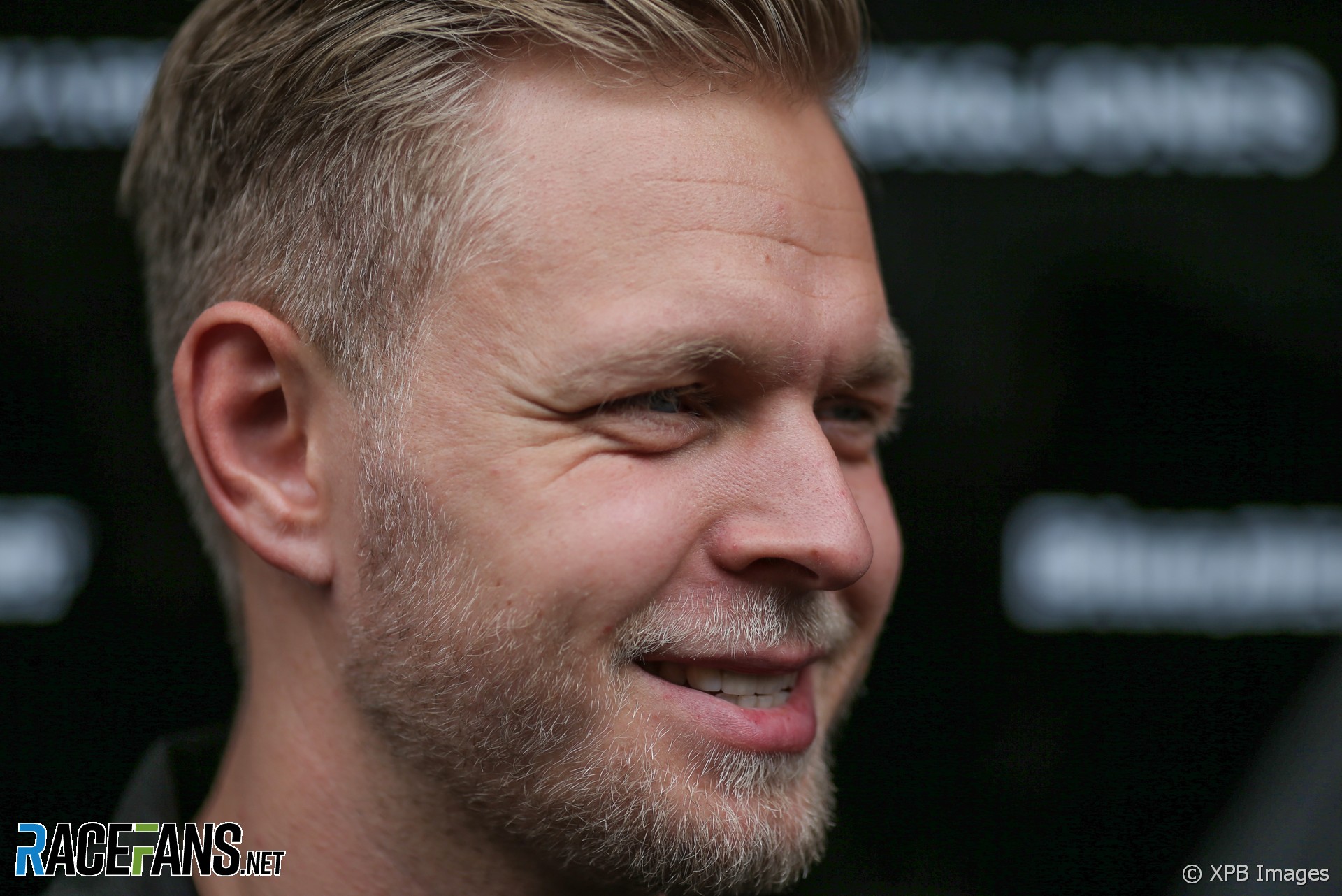 Kevin Magnussen joined McLaren’s young driver programme in 2009 and within four years the team had decided to promote him to their F1 race squad.

His father Jan Magnussen had begun an association with the same team 15 years earlier, leading to a single start for McLaren in the 1995 Pacific Grand Prix.

The younger Magnussen emulated his father’s climb through the lower ranks, though without quite the same conspicuous promise as his father’s famously dominant British Formula Three campaign. He won Denmark’s Formula Ford championship in 2008 having stepped up from karts, and two years later was winning F3 races in his rookie campaign in the German and European series.

He emulated his father’s move into the British championship in 2011. But while the elder Magnussen won 14 out of 18 races in 1994, Kevin had to settle for second in the championship behind team mate Felipe Nasr. Nonetheless he underlined his credentials by matching Nasr’s tally of seven wins.

That prompted a move up to Formula Renault 3.5 where newer and more powerful cars were being used for the first time. Magnussen acquitted himself well but endured a luckless season, losing an almost certain win in Hungary when his car failed a lap from home.

The following year he delivered on his potential and came out on top of a competitive field which included fellow McLaren development driver Stoffel Vandoorne and highly rated Red Bull junior racer Antonio Felix da Costa.

Magnussen clinched the title with five wins and missed out on a sixth victory due to a technical infringement. But his consistency was just as impressive – without that disqualification he’d have been on the podium 14 times in 17 races.

McLaren’s support led to him driving for the team at the 2012 and 2013 young drivers’ tests. They were sufficiently impressed with his potential that they took the surprising decision to drop Sergio Perez after a single season and promote Magnussen to their race team for 2014.

Magnussen’s F1 career could hardly have got off to a better start. He qualified his McLaren-Mercedes on the second row of the grid on his first visit to the Albert Park circuit in Melbourne, and was soon up to third place after Lewis Hamilton’s Mercedes hit trouble.

Showing commendable maturity, Magnussen brought the car home in the same position, taking a podium finish. He was later promoted to second in place of Daniel Ricciardo, whose Red Bull failed a post-race technical inspection, the best result for an F1 debutant in 18 years.

However it proved a false dawn for Magnussen and the team, neither of which reached the podium again all season. A tangle with Kimi Raikkonen early in his second race in Malaysia set the tone for an often frustrating season as McLaren were stuck in the midfield.

He repeated his fourth place on the grid in Germany but was hit by Felipe Massa within seconds of the start, compromising his race. Though he was blameless on that occasion, he occasionally found himself on the wrong side of the stewards.

Nonetheless Magnussen contributed 12 points finishes over the 19 races. While he was unsurprisingly shaded by world champion team mate Jenson Button it seemed a tough verdict on his performance when he was dropped the following season, even if his place was taken by a driver of the calibre of two-times champion Fernando Alonso.

Magnussen found himself heading to Melbourne as a race driver again after Alonso was injured in a pre-season testing crash, but he was destined not to start as the team suffered the first of many problems related to its new Honda power unit.

For the rest of the year Magnussen was back on the bench, and his hopes of a 2016 return seemed to be dashed when McLaren ended their association with him. However in the run-up to the 2016 season Renault announced it had parted company with Pastor Maldonado and hired Magnussen to partner Jolyon Palmer.

An early points finish in Russia seemed to indicate Magussen could have a productive year at Renault. However the RS16, rooted in an underdeveloped Lotus design, proved too far off the pace at most venues and often struggled to progress beyond Q1.

At times Magnussen was plainly over-driving. He was also run closer by team mate Jolyon Palmer than many expected.

Magnussen had been in discussions with aas about a 2016 drive and he reopened communications with them as he grew concerned about Renault’s prospects towards the end of the season. He committed to the switch for 2017, meaning he would drive for his third different team in as many years.