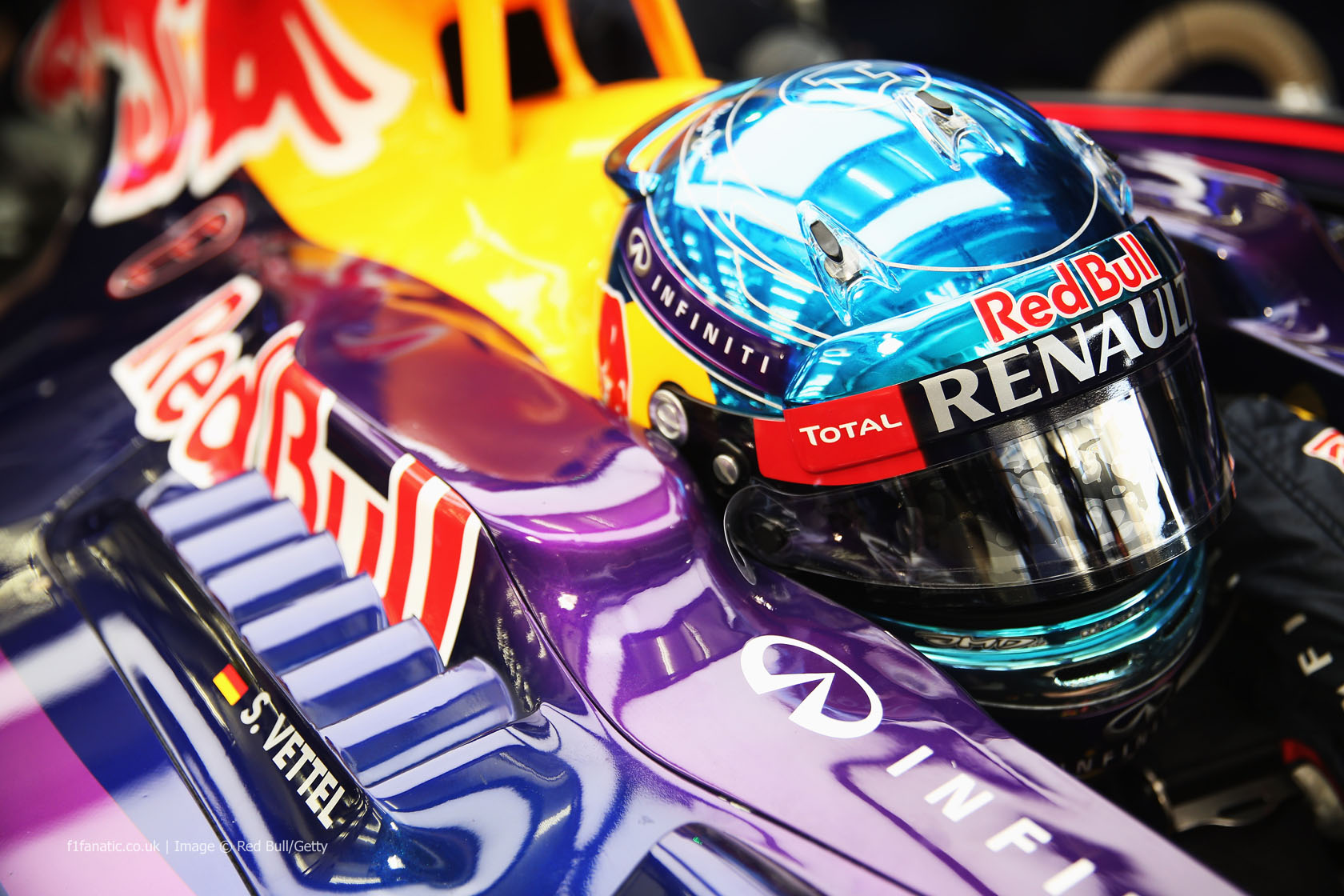 In the round-up: Sebastian Vettel says he wouldn’t support the plan to award double points at the last race of the season even if it turned happened to help his trouble-hit team.

“Q: When looking at your current situation, is it a blessing that there will be a double points allocation at the last race of the season?
SV: Gee, that is pretty harsh. It is February and there is a long way to go. Whatever the situation will be I am not a fan of the double points, as I don’t understand the reason behind it.”

“I don’t know why we haven’t been able to carry everything over from the filming day. I think it’s a temperature thing, we don’t understand everything for now. There were small issues related to batteries too. It’s undecided if it’s a problem with Lotus or with Renault yet.”

“Whilst it looks like we’re doing lots of laps, it’s still a massive challenge for us and we’re still coming across issues and things that we’re finding out about the car. It looks like other people are having issues and some perhaps bigger than others.”

Renault head of track operations Remi Taffin: “We will try to do some longer runs and to be as much as possible on track.”

“A High Court judgement will be handed down on Thursday morning in Constantin Medien’s $140 million damages lawsuit against Formula One chief executive Bernie Ecclestone.”

“Asked what the Sainsbury’s boss knows about running a motorsport series, Ecclestone said: ‘All he knows about is looking for support for his kids.'”

“A source close to Formula One has revealed that ‘no real discussions’ are taking place with sports and media group Liberty Global, which is understood to be interested in investing in the Grand Prix racing series.”

Jules is in the car today & I will be in tomorrow & Friday. Still odd sitting on the pit wall with no ear protection pic.twitter.com/VPDnlUcft3

Barely heard the McLaren pull in till it was almost in its pit box. pic.twitter.com/htrKeAa33e

Presumably Dr. Marco doesn't have any one whom he can blame and complain instead of @AussieGrit .

Ferrari sold fewer cars but made more money from them last year. USA new car orders are filled until 2016. Business is good! #F1

@Mateuss is encouraged by the sound of the Mercedes W05:

The onboard sound is a million times better as far as I am concerned. Not just because the new engines sound better, which they do, in my opinion, but also because the little microphone can capture it better.

On the V8 onboards the noise was a little annoying, partly because the microphone probably maxed out and did not relay all the texture of the sound in good detail. Where here is seems not to be the case, probably because the new engine has all kinds of texture at different frequencies and different volume.

Remains to be seen how will they sound in the FOM onboard cameras.
@Mateuss

Happy birthday to Mondol and Carlitox!