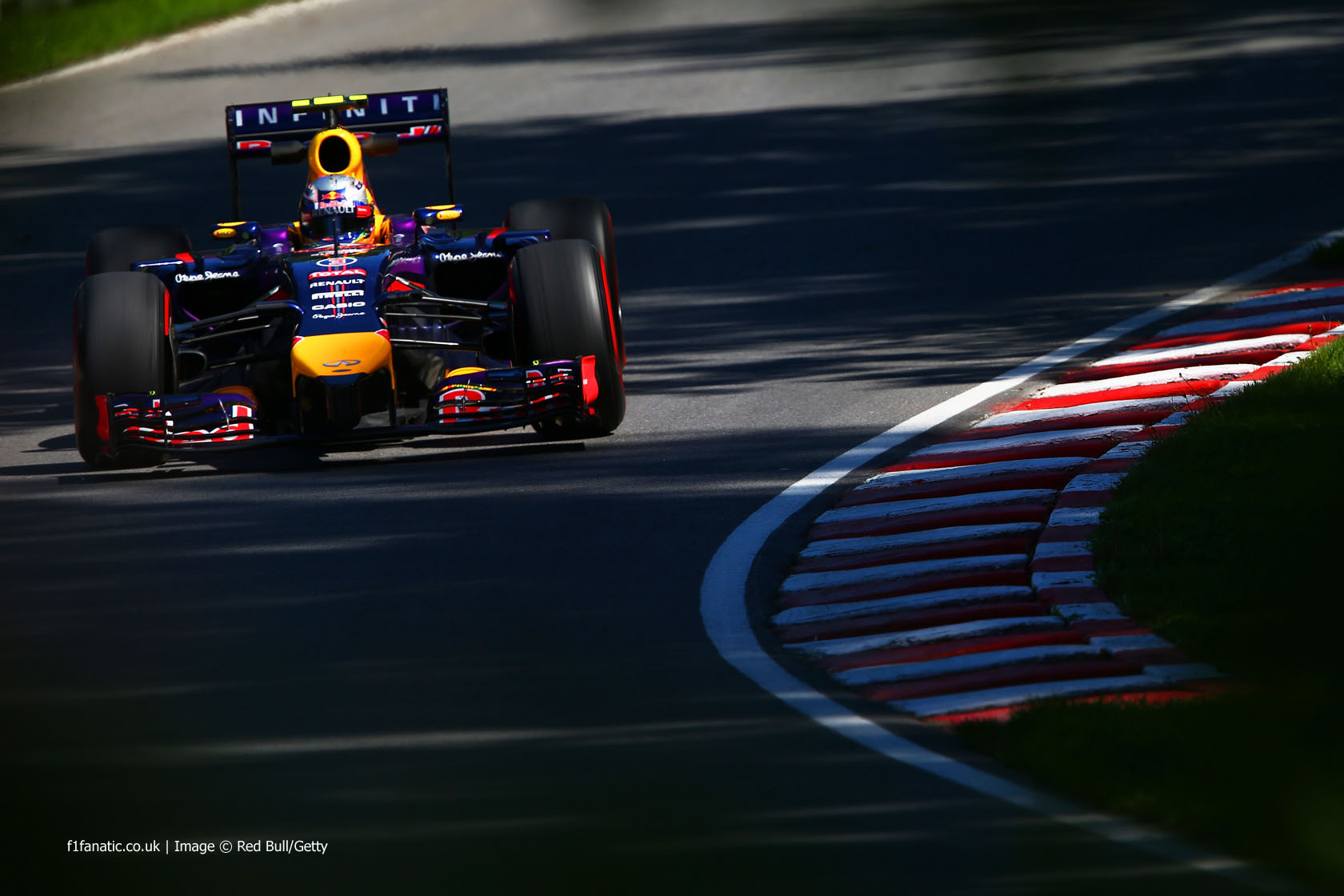 Daniel Ricciardo said he was “still a bit in shock” after claiming the first victory of his Formula One career in Canada.

The Red Bull driver passed Nico Rosberg to take the lead of the race with just two laps to go, after the Mercedes driver ran into technical trouble.

He had spent much of the second part of the race stuck behind Sergio Perez, before finally passing the Force India driver at turn one.

“The race really came to life the last, I don’t know, 15, 20 laps,” said Ricciardo after the race. “We saw Hamilton had a problem and then we saw Rosberg was slow on the straights.”

“I was really struggling to get past Perez. They had a pretty good car down the straight and he was holding me off well in the corners. We finally got a run out of the last chicane and made a nice move into turn one and then set my sights on Nico.”

“And a couple of laps to go I just found myself in the right spot to get the DRS.”

Ricciardo has waited 57 races to get his first win in Formula One. “It’s just an an amazing feeling right now,” he said, “I’m really grateful for this.”