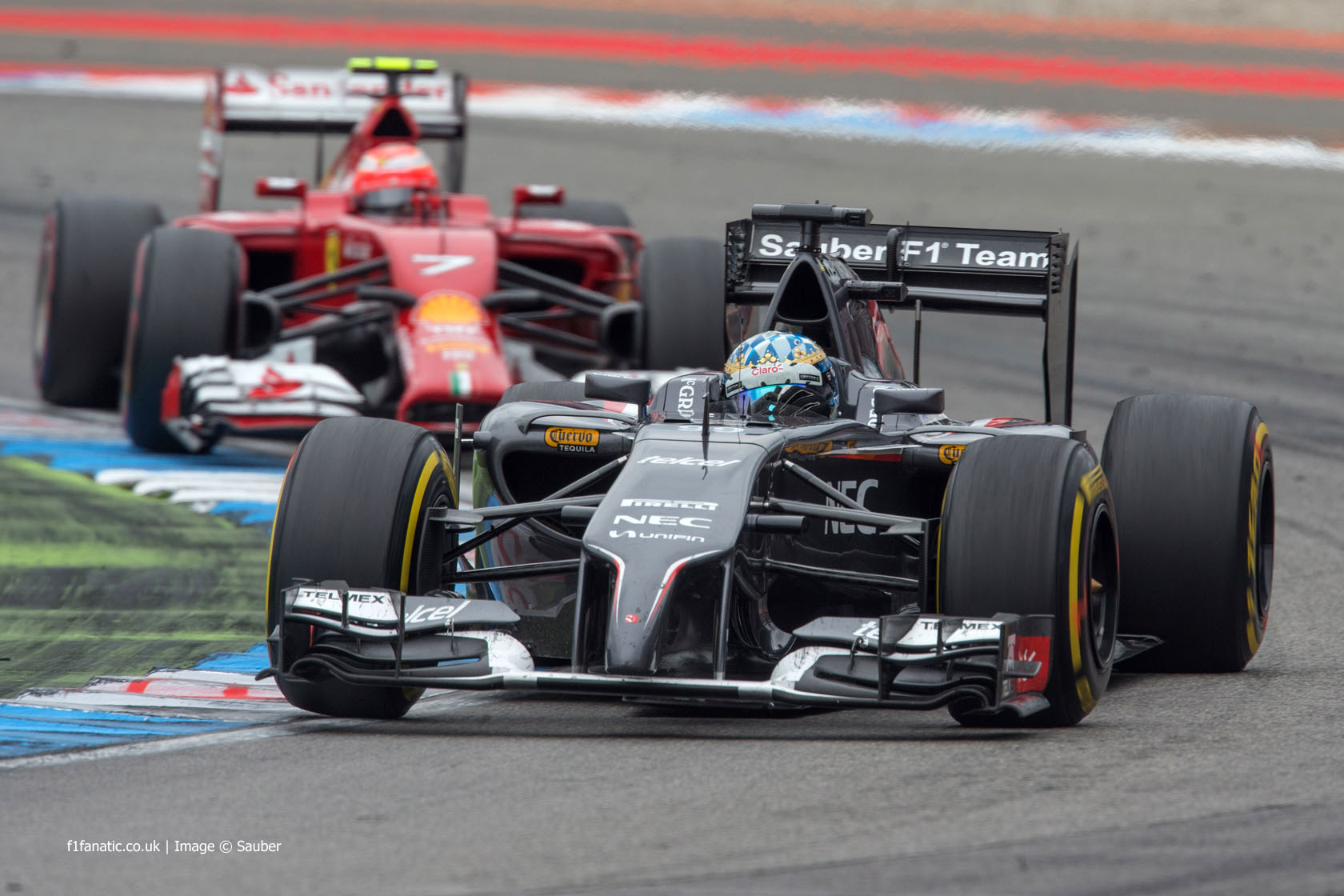 Nico Rosberg bounced back from his British Grand Prix disappointment to claim his first home victory in Germany.

Although Rosberg is the son of Finnish world champion Keke Rosberg and lives in Monaco his mother is German and he races under a German licence.

The last time a German driver won the German Grand Prix in a German car was back in pre-world championship days, when Rudolf Carraciola triumphed at the Nurburgring Nordschleife in 1939.

Rosberg took the seventh win of his F1 career, giving him as many as Juan Pablo Montoya and Rene Arnoux.

In the 2005 race Montoya climbed from 20th on the grid to finish on the podium – just as Lewis Hamilton did yesterday – although Montoya made it one place further, finishing second.

Hamilton’s brake failure in Q1 resulted in his lowest starting position since the 2012 Spanish Grand Prix, where he lined up 24th after being excluded from qualifying after running out of fuel. He made up 16 places in that race but went one better yesterday, making it the best recovery driver of his career.

Hamilton also took the fastest lap of the race, which was the only thing keeping Rosberg from achieving his first ‘grand slam’ of pole, win, fastest lap and leading every lap.

Valtteri Bottas became the second driver this season to score the first three podiums of his career in consecutive races. Daniel Ricciardo did so in Spain, Monaco and Canada – having been stripped of his podium finish in Australia. The last driver to do so before them was Hamilton in 2007.

The strong run of form from Bottas has helped move Williams up to third place in the constructors’ championship. They haven’t finished a championship that high since 2003, when the were second.

On the other side of the coin, Sauber have now gone ten consecutive races without scoring a point, which is their longest ever such streak. They previous failed to score for nine races in a row between the 1995 European and 1996 San Marino Grands Prix – and that was when points were only awarded to the top six finishers.

Adrian Sutil also took an unwanted record in Germany – he started his 119th race without finishing on the podium, breaking the previous record held by Pierluigi Martini.

Sebastian Vettel finished in front of Daniel Ricciardo in a race for the first time this year. That leaves Kimi Raikkonen as the only driver yet to beat his team mate in a grand prix this season.

Spotted any other interesting stats and facts from the German Grand Prix? Share them in the comments.

70 comments on “Rosberg equals Montoya as Sauber struggle goes on”